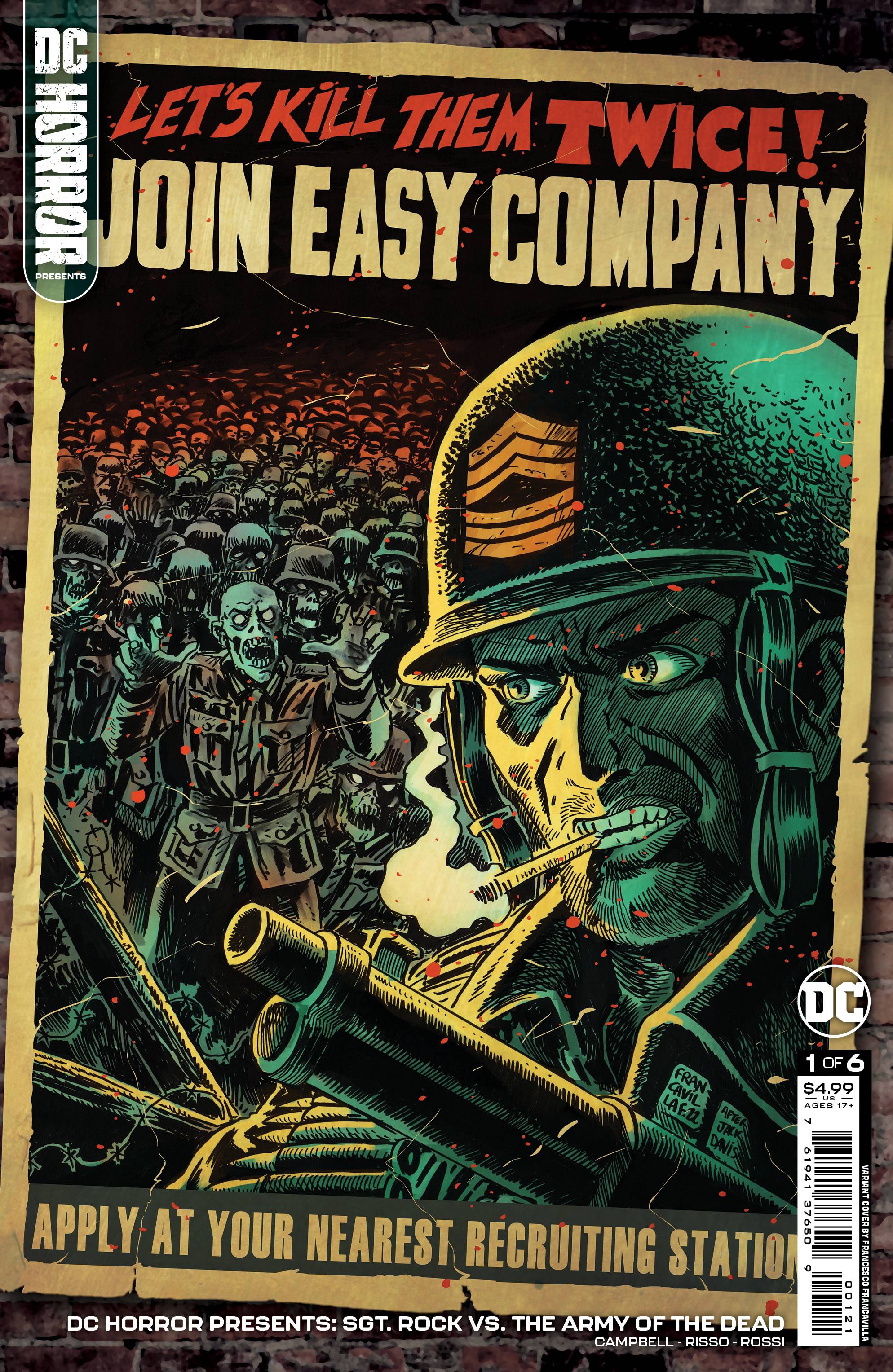 #
JUL223697
(W) Bruce Campbell (A) Eduardo Risso (CA) Francesco Francavilla
Berlin, 1944. The Nazis are besieged on all fronts by the Allied forces. Defeat is inevitable. But Hitler and his team of evil scientists attempt a last-ditch effort that may turn the tide of the war and rewrite history itself: a serum that resurrects their dead soldiers, stronger than they were in life, and sends them back into the battlefield. Now Sgt. Frank Rock and Easy Company have been dispatched into enemy territory to face off against the strangest, most horrific enemies they've ever encountered: Nazi zombies!
Horror icon Bruce Campbell and comics legend Eduardo Risso bring you a terror-soaked Sgt. Rock tale like no other!
In Shops: Sep 27, 2022
SRP: $4.99
View All Items In This Series
ORDER SUBSCRIBE WISH LIST