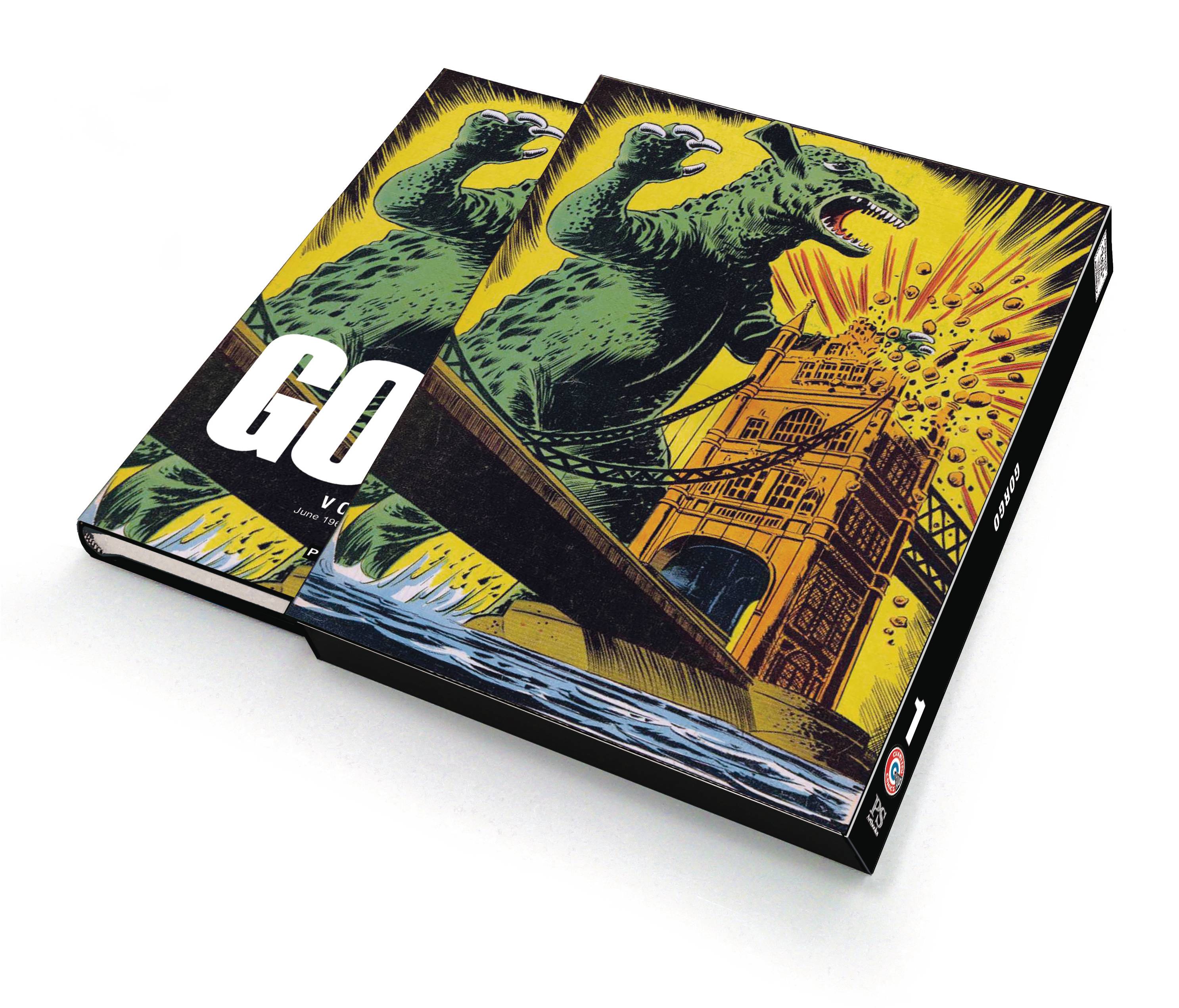 After a seaquake, a huge lizard-like creature walked out of the ocean and almost destroyed a fishing village in Ireland. Fortunately for the village, the same quake that brought the 65 foot monster to land has also grounded a salvage ship, the crew of which proved up to the task of capturing the beast. Instead of killing it, or turning it over to the government, they decided to take it to London and put it on display for profit.
Looking to be a huge success, things became more complicated when it was discovered the monster, dubbed Gorgo, was really just a youngster and it's 200 foot tall mother was coming for him. After a pitched battle with the British army, Gorga's mother, Ogra, was able to free her child and they both went lumbering back to the sea. That, however, was not the last the world heard of Gorgo. Apparently having found a taste for the land, the young monster began to make regular visits there. At the same time, governments,
scientists, and even would-be world conquerors pursued Gorgo and his mother for their own ends. This led Gorgo to finding himself in a succession of dangerous situations, from battling other giant primitive monsters, to control by mad scientists, to even at one point inadvertently preventing World War III. And to quote the fans - "Ditkos' artwork just engulfs you into the storyline!"
In Shops: Jan 04, 2023
SRP: $62.99
View All Items In This Series
ORDER SUBSCRIBE WISH LIST