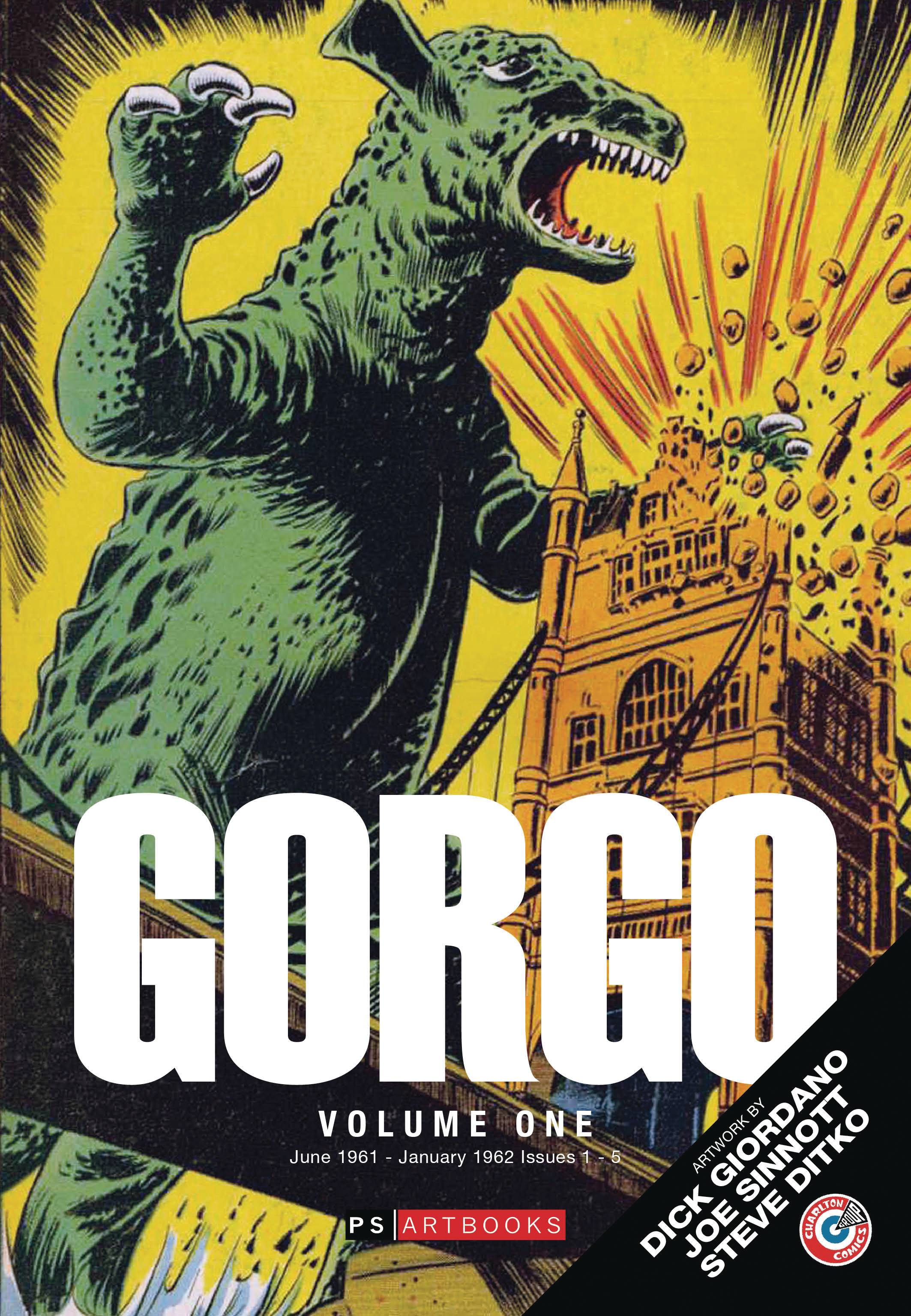 #
JUL221832
(W) Joe Gill (A) Dick Giordano, Sam Glanzman, Charles Nicholas, Rocco Mastroserio, Bill Molno, Joe Sinnott (A/CA) Steve Ditko
After a seaquake, a huge lizard-like creature walked out of the ocean and almost destroyed a fishing village in Ireland. Fortunately for the village, the same quake that brought the 65 foot monster to land has also grounded a salvage ship, the crew of which proved up to the task of capturing the beast. The monster, dubbed Gorgo, was really just a youngster and its 200 foot tall mother was coming for him. After a pitched battle with the British army, Gorga's mother, Ogra, was able to free her child and they both went lumbering back to the sea! Steve Ditko's artwork just engulfs you in this Silver Age giant monster tale! Collects Gorgo #1-5 (June 1961-January 1962).
In Shops: Jan 04, 2023
SRP: $52.99
View All Items In This Series
ORDER SUBSCRIBE WISH LIST