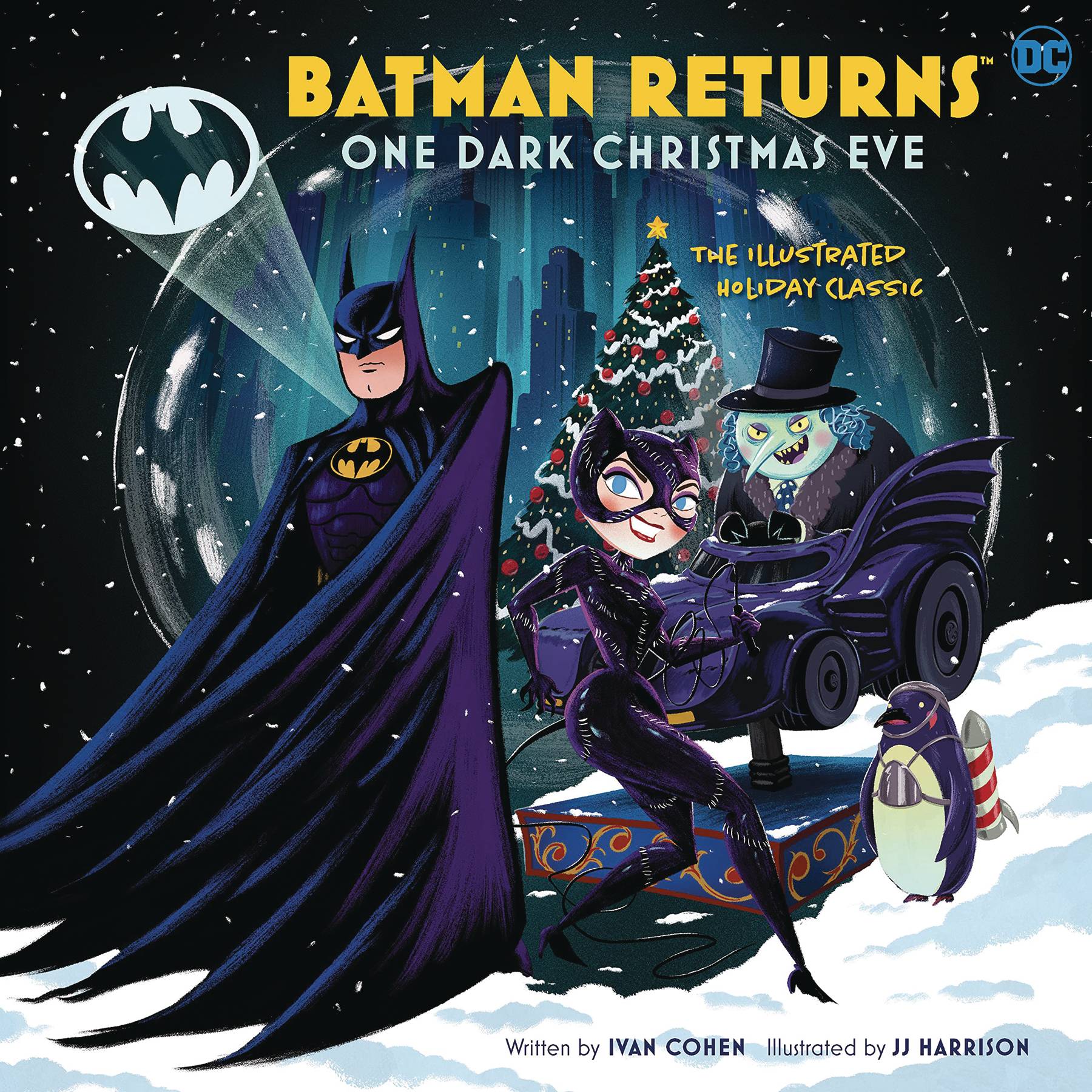 #
JUL221674
(W) Ivan Cohen (A) JJ Harrison
Celebrate the 30th anniversary of Batman Returns with this tongue-in-cheek retelling of Tim Burton's delightfully disturbing film.  Just as three wise men once conspired to honor a baby, three deranged villains in Gotham City have hatched a clever plan of their own. But rather than traveling to Bethlehem and offering gifts, these narcissistic ne'er-do-wells are going to seize control of Gotham City's government and power supply instead. Once again, the Dark Knight Detective is the city's only hope for salvation-but defeating the combined forces of the Penguin, Catwoman, and unfettered capitalism is going to take a Christmas miracle! (And possibly a Bat-Plane.)
In Shops: Sep 07, 2022
SRP: $18.99
ORDER WISH LIST