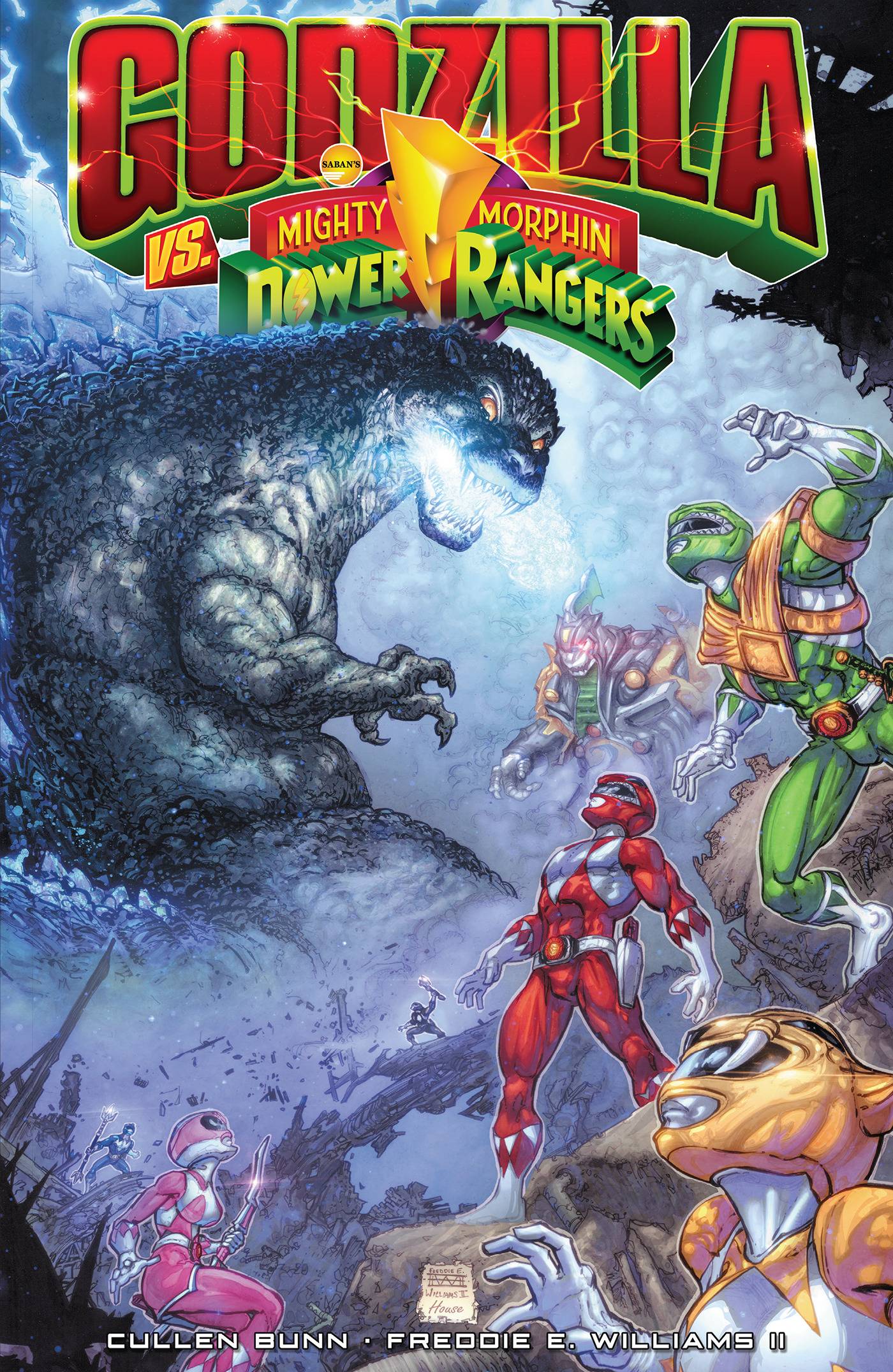 #
JUL221617
(W) Cullen Bunn (A/CA) Freddie Williams II
When the evil sorceress Rita Repulsa retrieves the multiversal focus-a gemstone through which all realities can be seen-she sets her sights on an alternate Earth where the Power Rangers don't exist to interfere with her nefarious plans! But what she finds instead are a race of alien conquerors known as the Xiliens, who are unleashing unpredictable Kaiju in the hopes of defeating Godzilla and taking over the planet. As the two join forces, they find their goals interrupted by the arrival of the Power Rangers! Can they and Godzilla stop the threat before it's too late?
In Shops: Nov 09, 2022
SRP: $17.99
ORDER WISH LIST