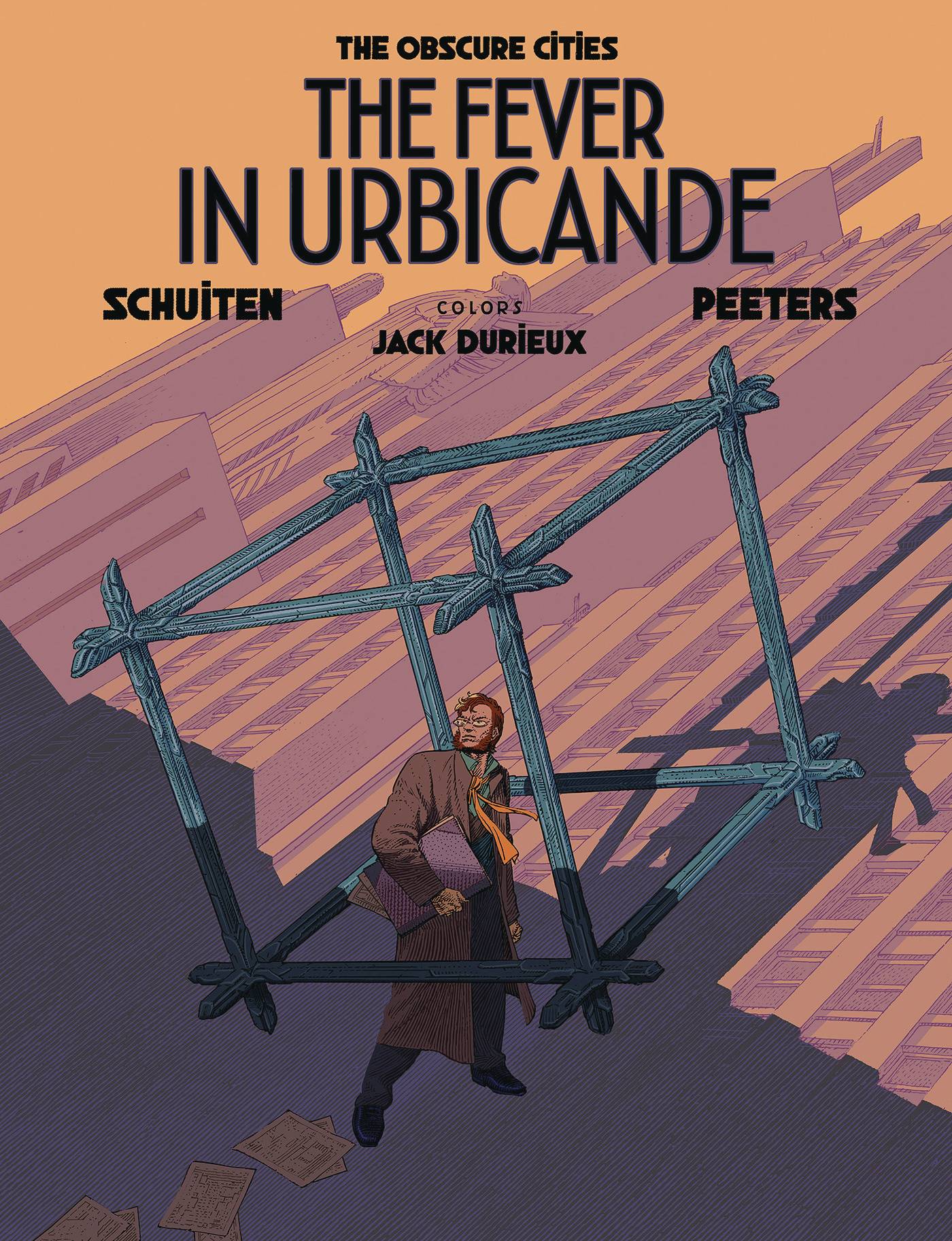 #
JUL221610
(W) Benoit Peeters (A) Francois Schuiten
Eugen Robick, Urbatect of Urbicande has been designing a new bridge to connect the southern portion of the city to the north, but his bid to commence construction has been denied by the Commission. While contemplating how he can convince the Commission to see things his way, Eugen is brought a cube made of beams discovered during construction of another project. Initially small enough to fit on his desk, it begins to grow, adding beam after beam, until it soon takes over his entire office. Growing exponentially, it eventually takes over the entire city, disrupting the social order as citizens begin using the beams to travel back and forth between the southern and northern parts of the city, previously only accessible via the guarded bridges. While the Commission wishes to put a stop to any such social change, the cube's impact is overpowering and irreversible.
In Shops: Nov 09, 2022
SRP: $19.99
ORDER WISH LIST