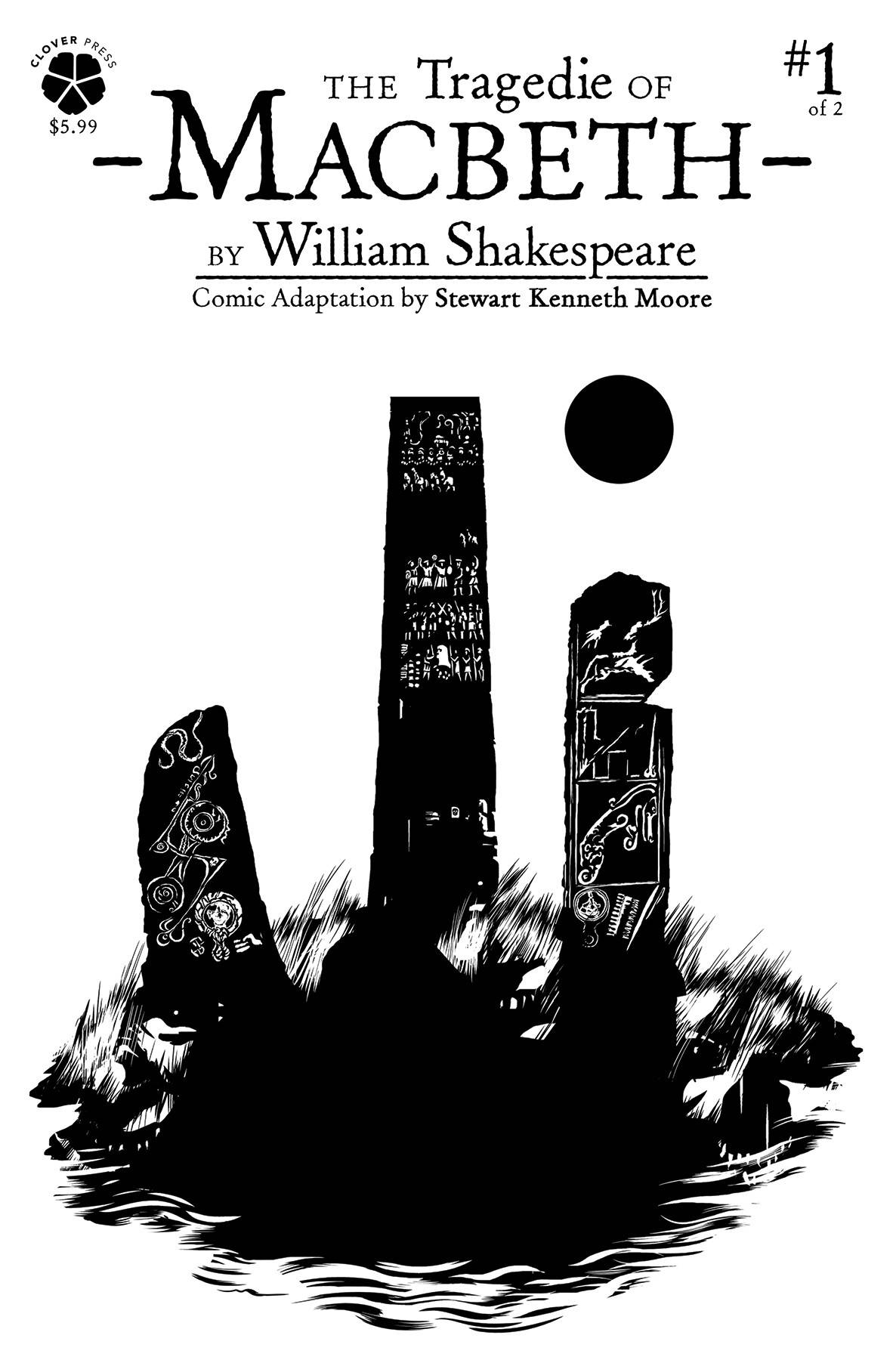 #
JUL221407
(W) William Shakespeare (A) Stewart K Moore
Shakespeare died over 400 and no story captures the mysticism and brutality of Scottish history quite like 'Macbeth'. This graphic novel aims to tell the darkest version yet of this tale of witchcraft, murder, manipulation and unbridled ambition...
When we first meet Macbeth he is a hero, he has fought valiantly for his country and saved Scotland from invasion by land and sea. But a mysterious encounter with three witches, who claim to see his future on the throne, spurs his interest in being king. This sets in motion a spiral of evil as Macbeth pushes destiny and descends ever deeper into the abyss.
Basing his drawings on Prague Shakespeare Company's adaptation of Shakespeare's masterpiece Scottish artist Stewart Kenneth Moore has 'done double' by documenting a stage performance in Prague by illustrating it against the starkest memories, places and myths of his homeland.
Based on an adapted version of the play, the pacing of the panels and scene setting serves to clarify aspects of the play that can be hard to understand on the stage.
Shakespeare loosely based Macbeth on actual events. The witchcraft in this story is almost certainly based on 'Newes from Scotland' a London pamphlet on the Berwick Witch trials. Extracts from this pamphlet are included in this book for comparison. It is the opinion of the artist that 'Newes from Scotland' and Macbeth, to a degree, share the same political subtext, only in Shakepeare's case it comes with a dose of subtle irony.
In Shops: Nov 09, 2022
SRP: $5.99
View All Items In This Series
ORDER SUBSCRIBE WISH LIST