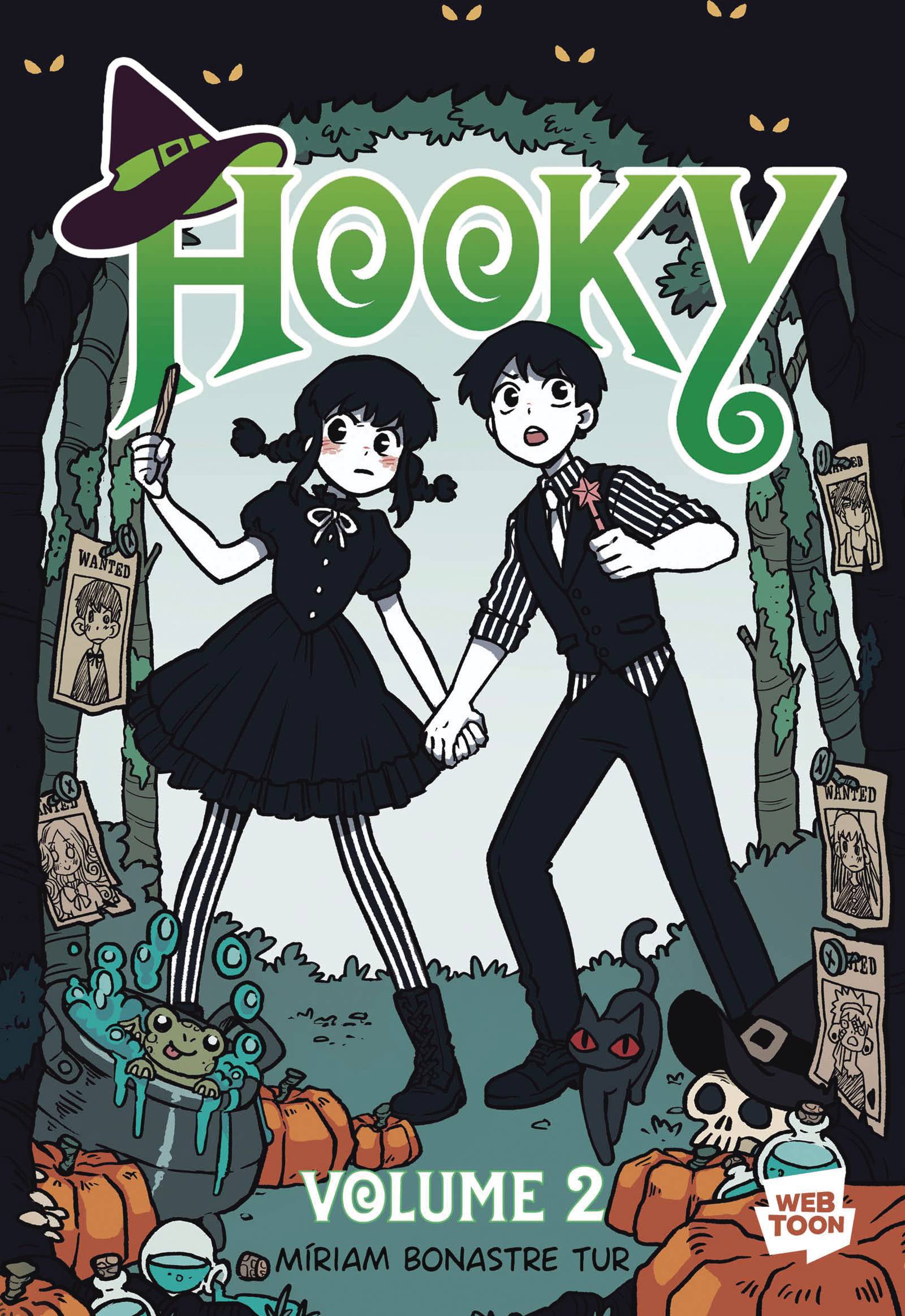 #
JUL221404
(W) Miriam Bonastre Tur (A/CA) Miriam Bonastre Tur
This magical adventure from the #1 digital comic platform WEBTOON continues as Dani and Dorian answer the question they've been avoiding: could one of them be the king of witches? A classic good-vs-evil struggle plays out on an epic stage in the second volume of this bestselling comic.
Dani and Dorian Wytte have been through everything together-including joining forces with trouble maker Nico, Princess Monica, and golden boy Mark to sneak into the witch's sabbath, spring hostages from prison, and defend the castle when it was attacked by witches.
With witches like their parents out for power and blood and non-magical people increasingly threatened by them, Dani and Dorian don't know whose side they're on . . .or if anyone's on their side. That includes their brother, Damien, who disappeared after being crowned King of Witches. But since Monica's father, the king, and her fiancé, Prince William disappeared, too, Dani and Dorian know they must set out to find their lost allies. Luckily, they aren't alone.
In Shops: Sep 21, 2022
SRP: $24.99
View All Items In This Series
ORDER SUBSCRIBE WISH LIST