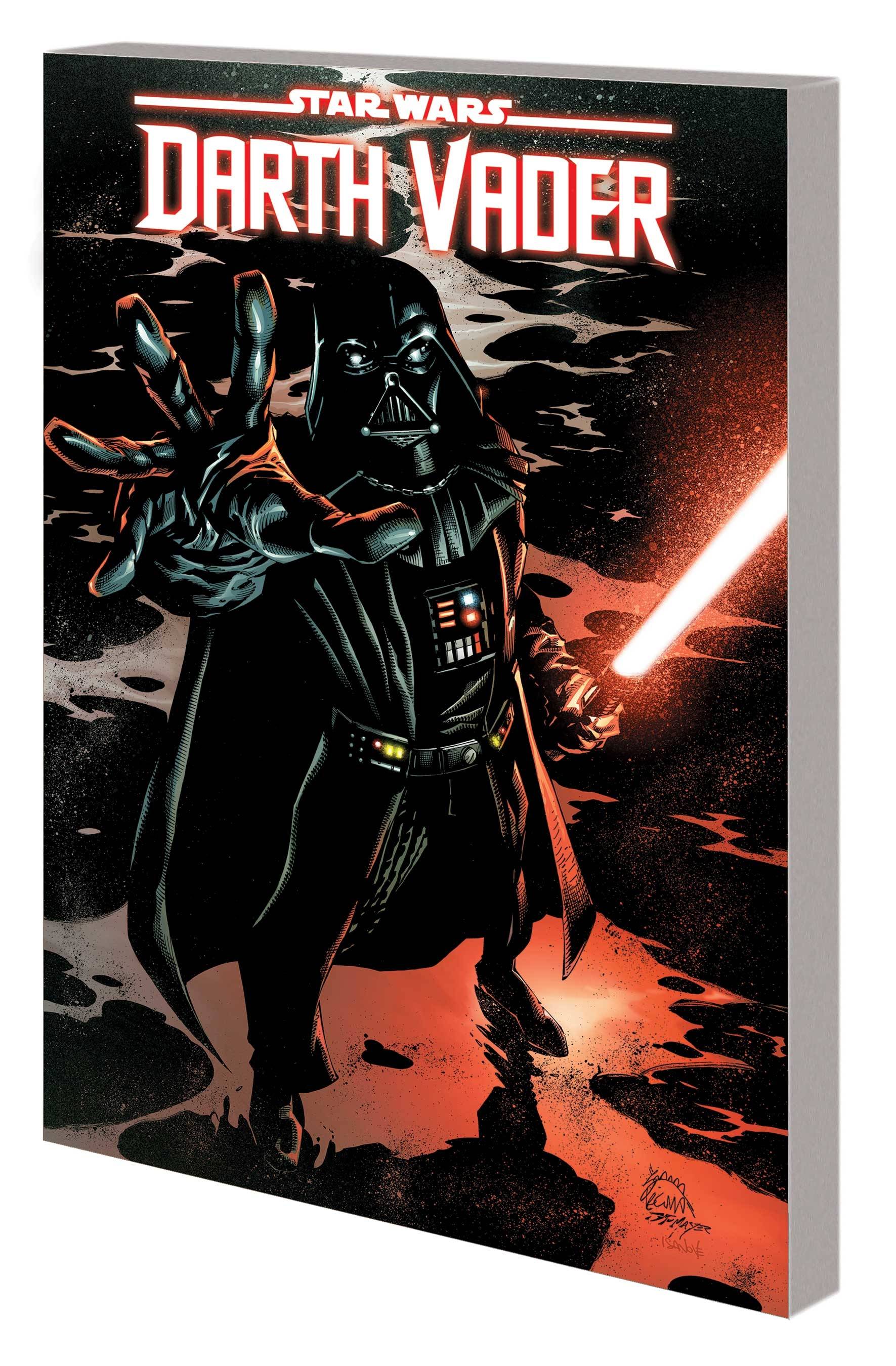 #
JUL220998
(W) Greg Pak (A) Guiu Vilanova, Raffaele Ienco (CA) Ryan Stegman
Red revenge! Lady Qi'ra not only insulted the Empire, but challenged it. In the end, Darth Vader showed her criminal organization that the Empire is not to be toyed with. But now, fearful whispers echo in every corner of the Empire: Darth Vader is on the hunt, searching for anyone with any connection to the Crimson Dawn. How deep has the Dawn infiltrated the galaxy, and are all their operations worthy of Vader's wrath? In the bowels of Bespin, Darth Vader once told his son he wanted to bring order to the galaxy. Now his promise is put to the test as he leads an unlikely crew of heroes and assassins against the Crimson Dawn! But everything gets thrown into question with the shocking return of Sabé, handmaiden of Padmé Amidala! Collecting STAR WARS: DARTH VADER (2020) #18-22.
Rated T
In Shops: Oct 19, 2022
SRP: $15.99
View All Items In This Series
PREORDER SUBSCRIBE WISH LIST