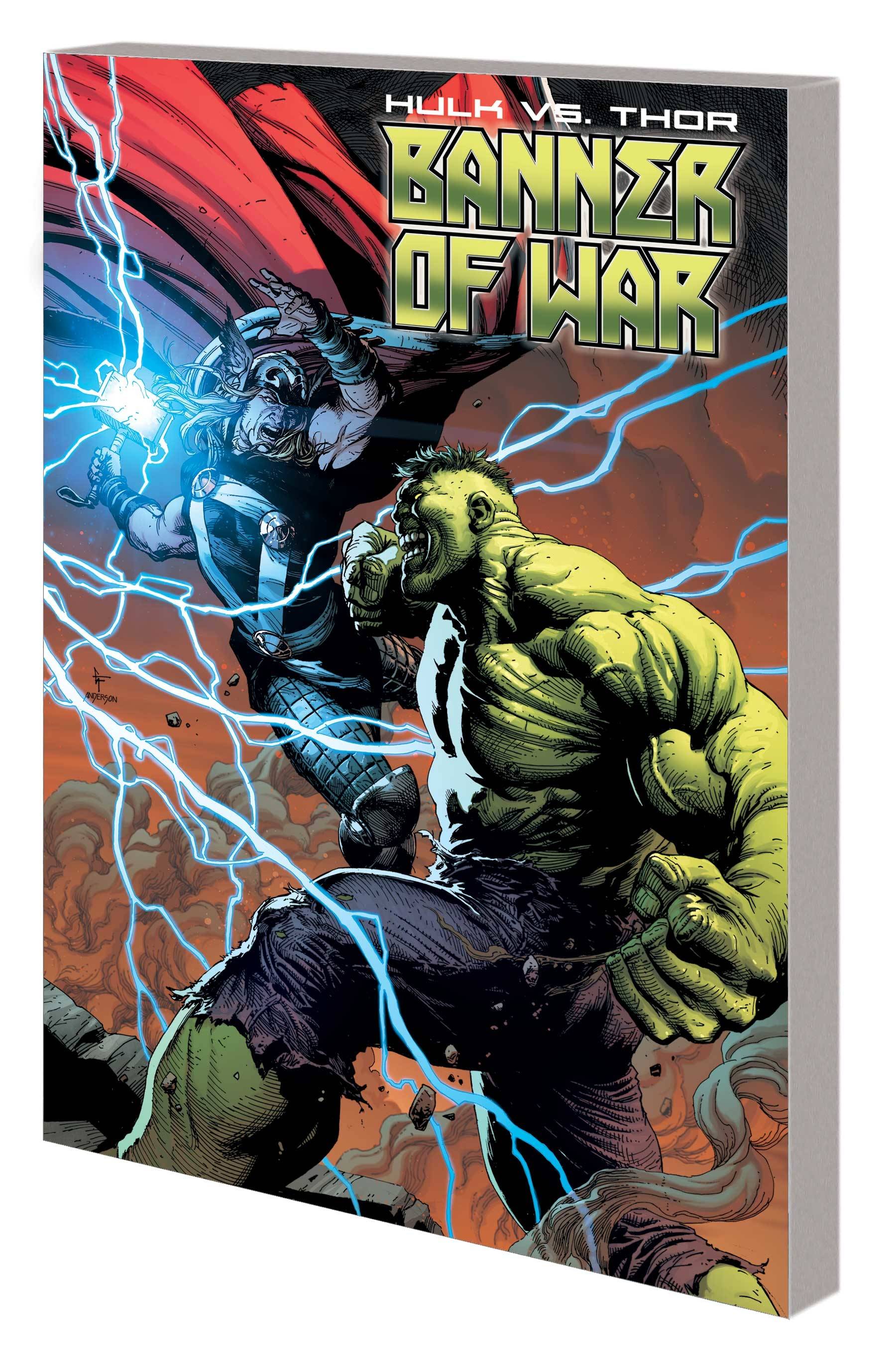 #
JUL220991
(W) Donny Cates (A) Martin Coccolo, Various (CA) Gary Frank
A cataclysmic crossover destined to be a smash hit! Hulk and Thor have both undergone massive changes recently, but one thing remains constant: their heated rivalry! When mysterious circumstances bring them into conflict once more, will the God of Thunder be able to triumph against a Bruce Banner who can now control his rage? And will Iron Man regret coming between these two titans - even with his new Celestial Hulkbuster armor?!  Celebrating the 60th Anniversary of both characters, writer Donny Cates pits the stars of his two titles against one another in his biggest blockbuster yet - and that's saying something! Key mysteries from HULK and THOR will be revealed, and this clash will have shocking consequences for the future of both characters! Collecting HULK VS. THOR: BANNER OF WAR ALPHA (2022) #1, THOR (2020) #25-26 and HULK (2021) #7-8.
Rated T+
In Shops: Oct 19, 2022
SRP: $17.99
ORDER WISH LIST