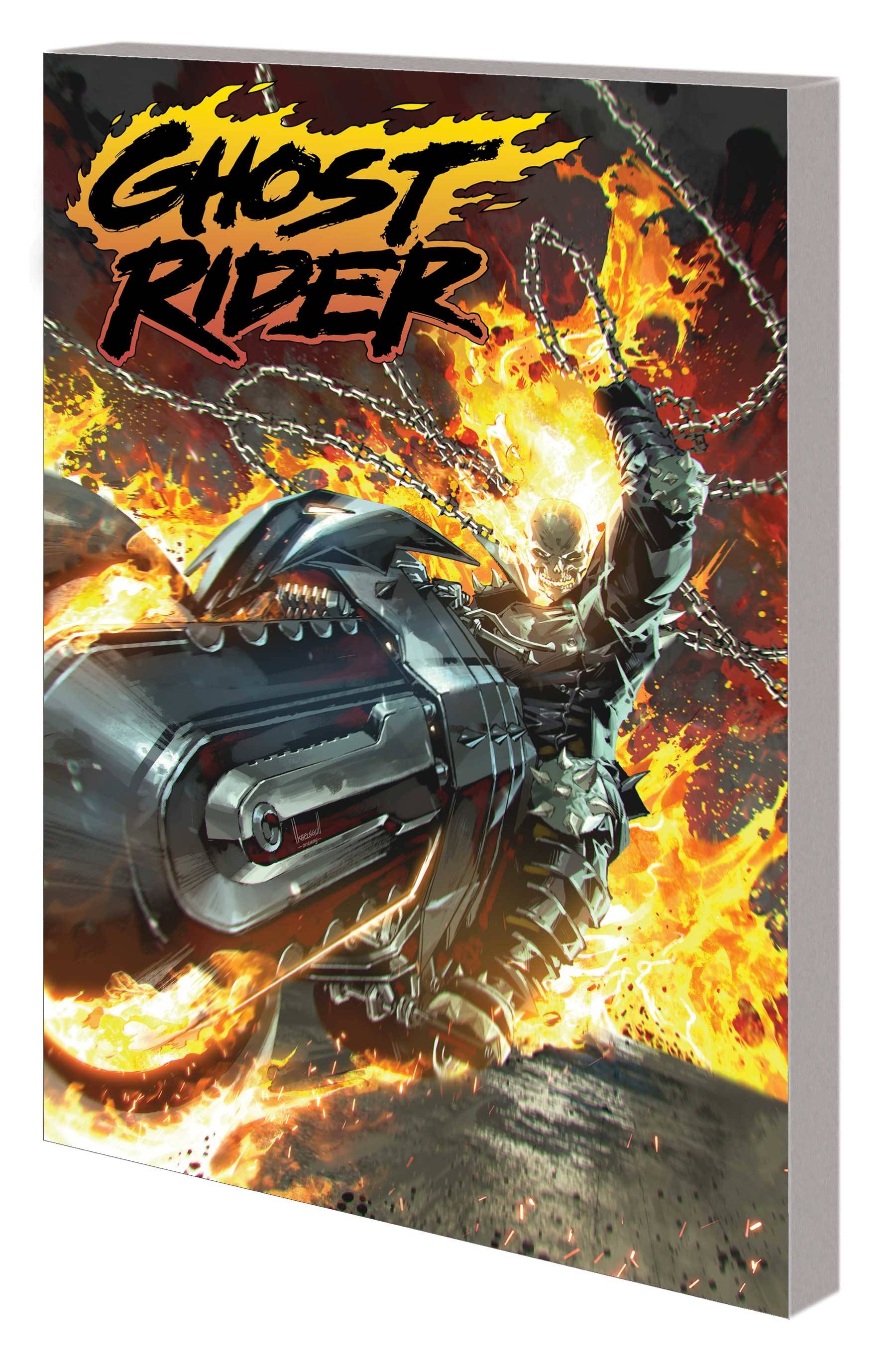 #
JUL220990
(W) Ben Percy (A) Cory Smith, Brent Peeples (CA) Kael Ngu
Ghost Rider goes back to flaming-skulled basics! Johnny Blaze is in a haze. He has the perfect life: idyllic small town, wife and kids, dog - the American dream. Except for the nightmares. Blaze is having terrifying visions and has a constant, pounding headache - like something inside is trying to get out. This world he's living in is too good to be true. In fact, it's more like a prison. But who would purposely be keeping the Spirit of Vengeance on the sidelines - and how? Meanwhile, the FBI has recently discovered a frightening and unexplained surge in supernatural activity. And that can mean only one thing: It's time for Blaze to hit the dark roads of the Marvel Universe once more, confronting its monsters and battling his demons. Let's ride! Collecting GHOST RIDER (2022) #1-5.
Rated T+
In Shops: Oct 26, 2022
SRP: $17.99
View All Items In This Series
ORDER SUBSCRIBE WISH LIST