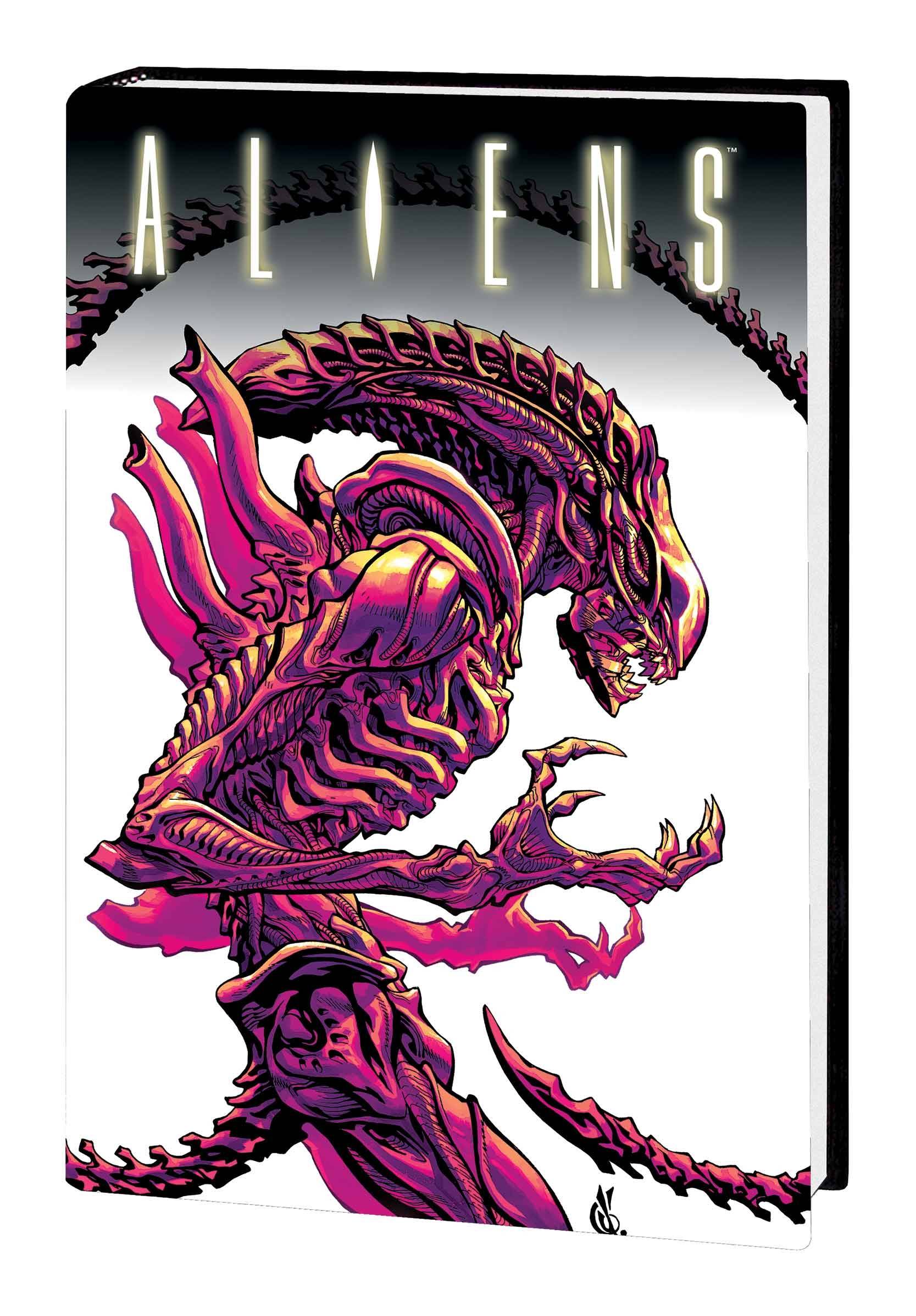 #
JUL220983
(W) Liam Sharp, Various (A) Liam Sharp, Various (CA) Carlos D' Anda
Complete your ALIENS library with one final tome of terror! When Private Zula  Hendricks goes AWOL to defend Earth from the xenomorphs, she faces demons from her past while fighting for her future! Engineering officer Wascylewski must use all available tools to survive an attack by the deadliest creature known to man! When their colony is evacuated, all 12-year-old Maxon and his mom have to do is make it to the spaceport - but between them and it are...Aliens! And Ellen Ripley's daughter Amanda joins the resistance! Plus: more horrifying stories - including a twisted tale illustrated by returning ALIENS alumnus Sam Kieth! Collecting ALIENS: FAST TRACK TO HEAVEN, ALIENS: COLONIAL MARINES - NO MAN LEFT BEHIND, ALIEN: ISOLATION, ALIENS: DEFIANCE #1-12, ALIENS: DEAD ORBIT #1-4, ALIENS: DUST TO DUST #1-4, ALIENS: RESISTANCE #1-4, ALIENS: RESCUE #1-4, ALIEN: THE ORIGINAL SCREENPLAY #1-5 and ALIEN 3: THE UNPRODUCED SCREENPLAY #1-5 - plus material from DARK HORSE PRESENTS (2011) #12-17 and FREE COMIC BOOK DAY 2016: ALIENS.
Mature
In Shops: Jan 25, 2023
SRP: $125.00
View All Items In This Series
ORDER SUBSCRIBE WISH LIST