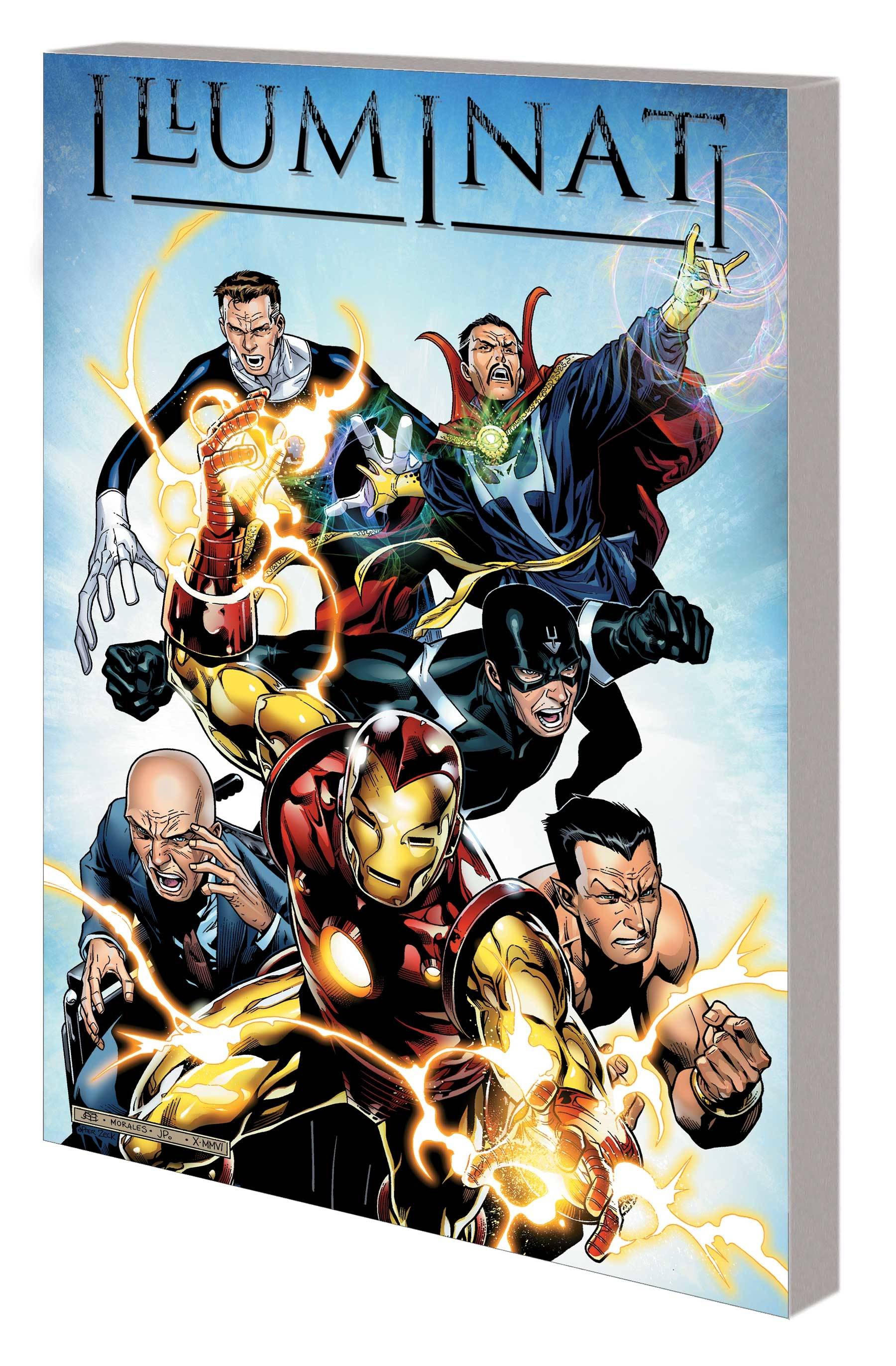 #
JUL220972
(W) Brian Michael Bendis, Brian Reed (A) Alex Maleev (A/CA) Jim Cheung
The Illuminati will see you now! They are an elite group of the planet's most powerful and influential heroes, who meet in secret to guide Earth through its greatest crises. Nobody knows they exist - and that's the way they want it! Join Iron Man, Professor X, Black Bolt, the Sub-Mariner and Mister Fantastic as they take on the threats no one else can handle - and learn hidden secrets that will forever alter the way they (and you) look at the Marvel Universe! From the Kree/Skrull War and the coming of the Beyonder to a secret investigation of the Infinity Gems, this shadowy cabal has been manipulating events behind the scenes for years. But as the Skrulls' Secret Invasion looms, can the isolated Illuminati keep themselves from fracturing under the pressure of paranoia? Collecting NEW AVENGERS: ILLUMINATI (2006) #1 and NEW AVENGERS: ILLUMINATI (2007) #1-5.
In Shops: Oct 19, 2022
SRP: $19.99
ORDER WISH LIST