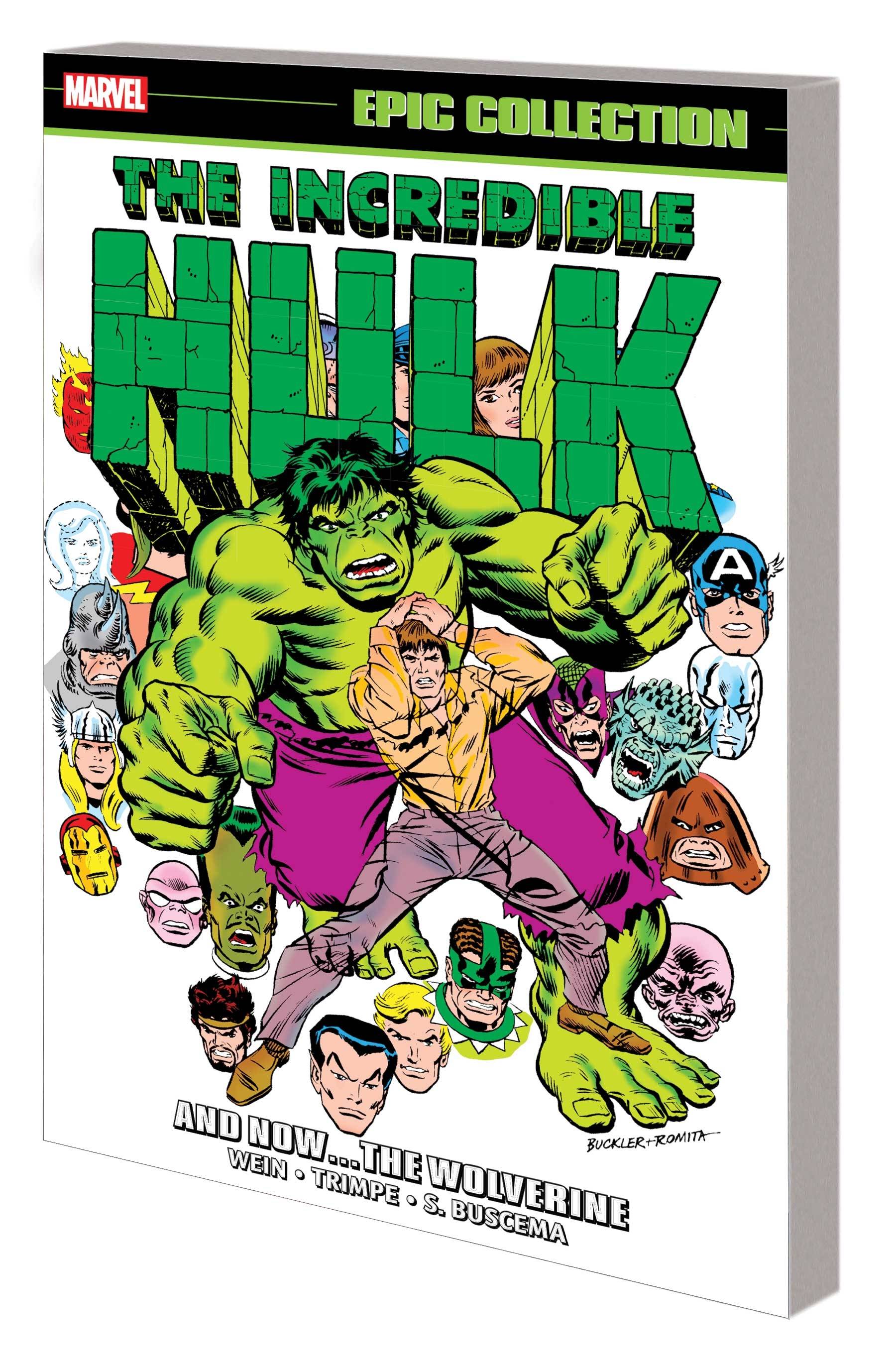 #
JUL220969
(W) Peter David (A) John Estes, Various (CA) Darick Robertson
Hulk is the strongest! Why? Because it's hard not to be when you go from strength to strength with artists Herb Trimpe and Sal Buscema! Trimpe defined INCREDIBLE HULK in an artistic tenure stretching from 1968 to 1975. And not only did the series gain a great talent when Sal Buscema took over the reins, but also one that - unbelievably - would have a tenure longer than even Trimpe's! Add to that Len Wein writing some of his greatest Hulk stories - including the first appearance of Wolverine - and you'd better believe it's good to be green! The adventures collected here include Hulk smashing his way through the Mole Man, the Gremlin, the Shaper of Worlds, Doc Samson, the Abomination and, of course, the never-ending military machinations of General "Thunderbolt" Ross! Collecting INCREDIBLE HULK (1968) #179-200 and ANNUAL #5.
In Shops: Oct 19, 2022
SRP: $44.99
ORDER WISH LIST