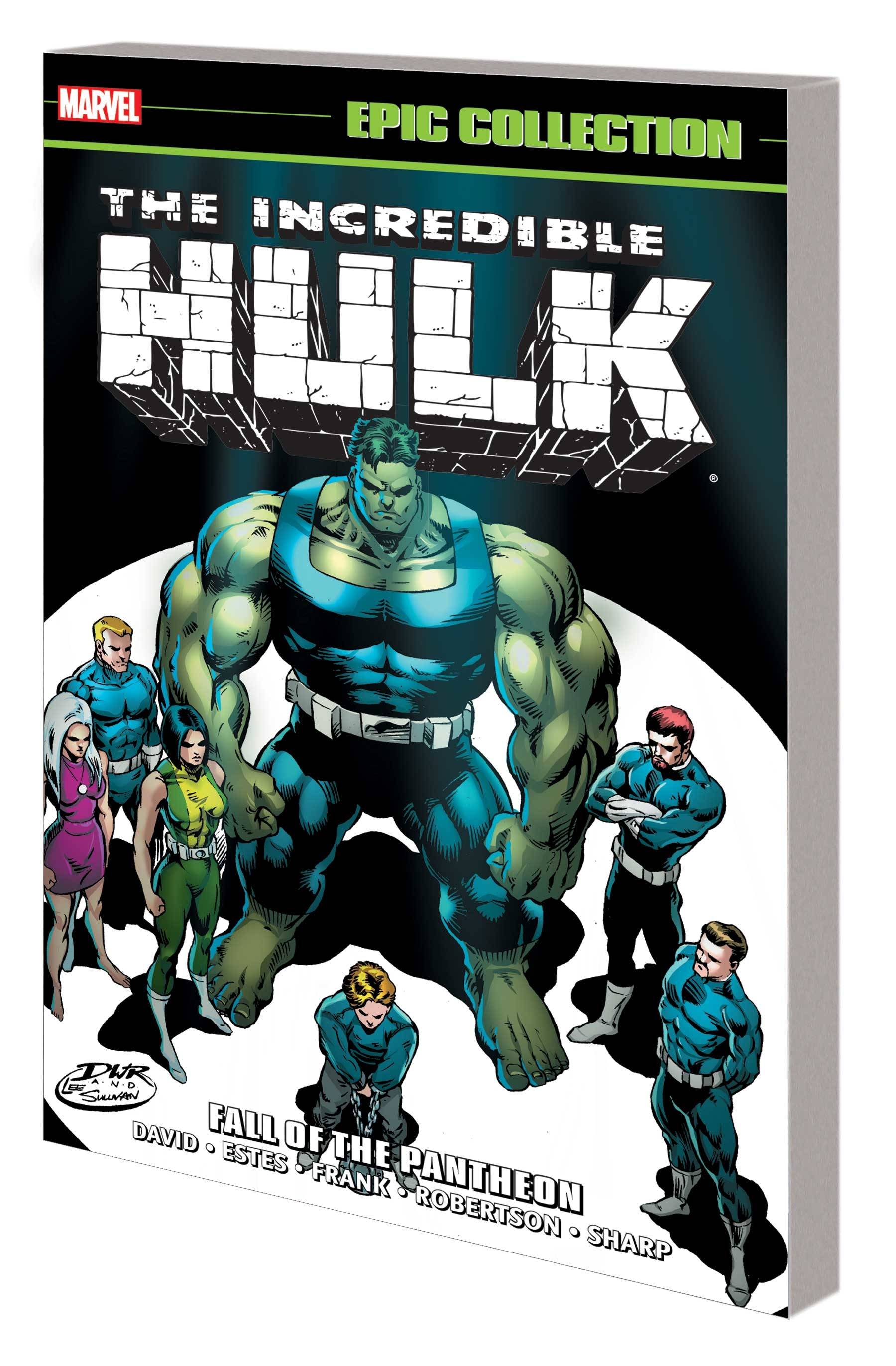 #
JUL220967
(W) Peter David (A) John Estes, Various (CA) Ron Lim
Hulk goes to Hel and back! First, Hulk and the Pantheon face a painful - and all-too-human - loss. But Hela herself soon claims the Hulk in an Asgardian underworld epic! Then, it's the end of an era as the Pantheon is torn apart from within! Agamemnon stands trial, one among them falls and the Hulk's rage transforms him into a savage?Bruce Banner?! While Doc Samson strives to save Bruce's mind, Betty battles for her life - and the stage is set for a new status quo. In hiding and struggling to remain calm, the Hulk takes on Man-Thing, the Abomination and the Punisher! Plus: Hulk shares a symbiotic showdown with Venom and joins Hank Pym and the Wasp in a true Tale to Astonish! Collecting TALES TO ASTONISH (1994) #1, INCREDIBLE HULK VS. VENOM #1 and INCREDIBLE HULK (1968) #420-435.
In Shops: Nov 09, 2022
SRP: $44.99
ORDER WISH LIST