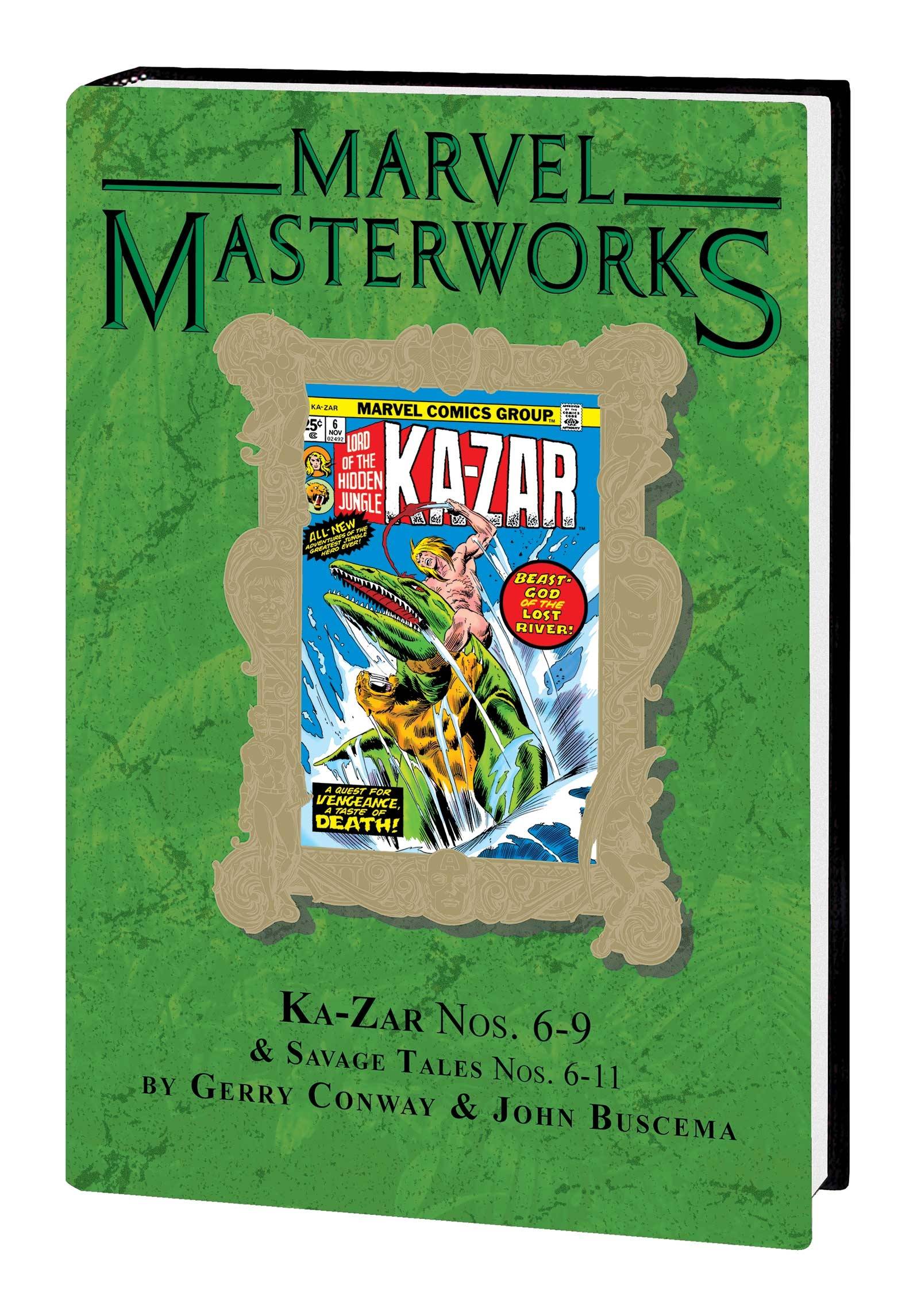 #
JUL220956
(W) Gerry Conway, Various (A) Various (A/CA) John Buscema
The Marvel Masterworks series unveils more gems from the Hidden Jungle with a third volume devoted to Ka-Zar and that lovable little furball, Zabu! The creative team of Gerry Conway and John Buscema turn out top-notch jungle action with a run of stories in their run from the full-color Ka-Zar comic: Zabu is taken captive by the evil priest Sandratha to be used as a sacrifice for an ancient ritual! Ka-Zar also takes on the beast-god of the lost river and a dinosaur hunter! Plus: You haven't seen Ka-Zar until you've seen him in John Buscema's lushly illustrated-never before reprinted-adventures from Savage Tales! Also featuring team-up tales co-starring Shanna the She-Devil and two Shanna solo stories! Collecting Ka-Zar (1974) #6-9 and material from Savage Tales (1971) #5-11.
In Shops: Jan 18, 2023
SRP: $75.00
View All Items In This Series
ORDER WISH LIST