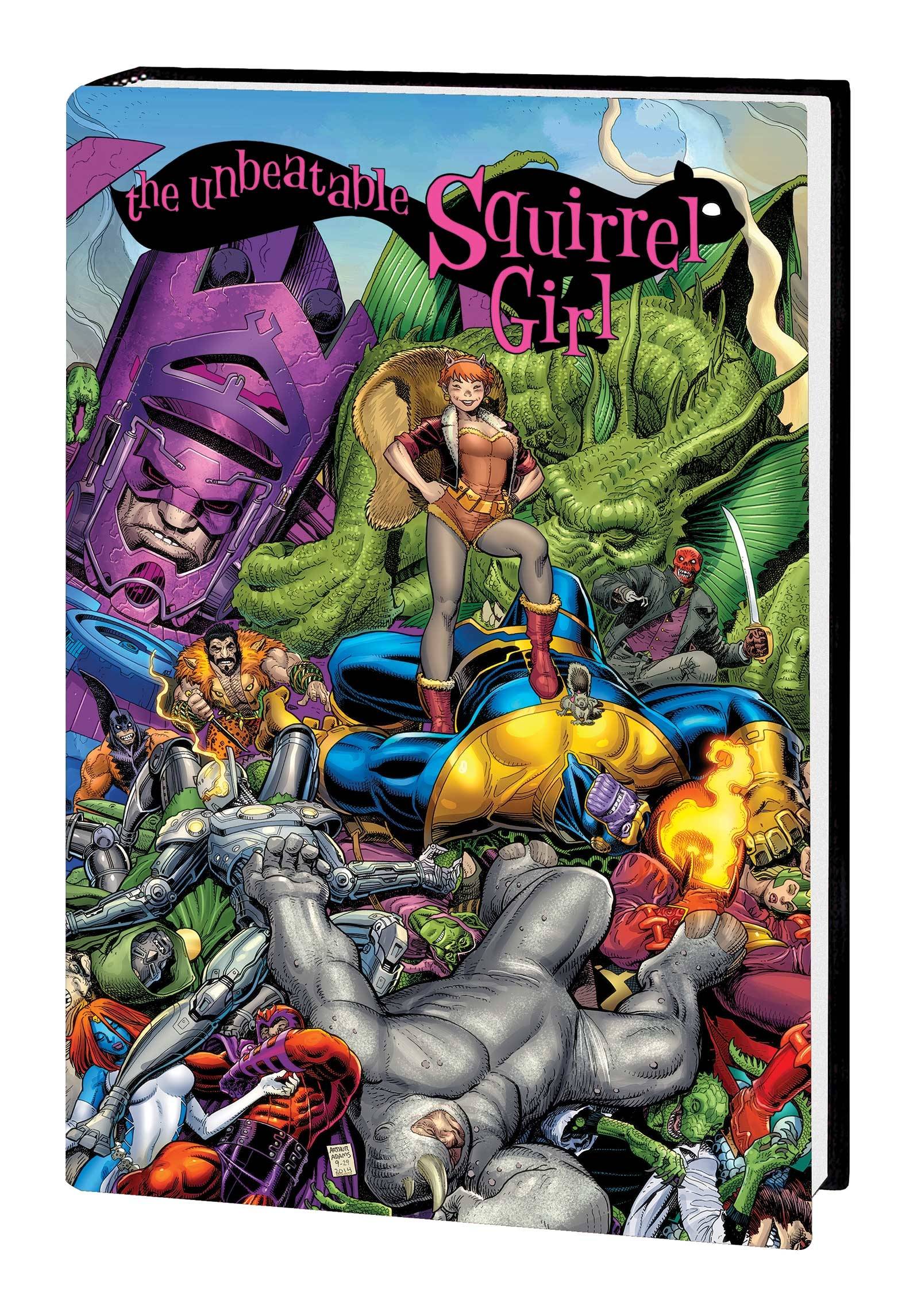 #
JUL220952
(W) Ryan North, Various (A) Erica Henderson, Various (CA) Art Adams
Kicking butts and eating nuts is all in a day's work for Squirrel Girl - the super hero and computer science student who just can't be beat! But that won't stop a long line of villains from trying - including Kraven the Hunter, the Mole Man, Count Nefaria and, would you believe, Galactus?! It's a good thing Doreen Green can count on an ever-growing list of friends to help, both in conquering evildoers and her all-important studies - pals like Tippy-Toe (the squirrel), Nancy (the human) and Howard (the duck) and fellow crimefighters Koi Boi, Chipmunk Hunk and Brain Drain! From the Savage Land to outer space, Squirrel Girl travels the length and breadth of the Marvel Universe - and beats it up! Collecting THE UNBEATABLE SQUIRREL GIRL (2015A) #1-8, THE UNBEATABLE SQUIRREL GIRL (2015B) #1-50, THE UNBEATABLE SQUIRREL GIRL BEATS UP THE MARVEL UNIVERSE, HOWARD THE DUCK (2015B) #6 and material from A YEAR OF MARVELS: UNBEATABLE and NOT BRAND ECHH (2017) #14.
In Shops: Mar 22, 2023
SRP: $150.00
ORDER WISH LIST