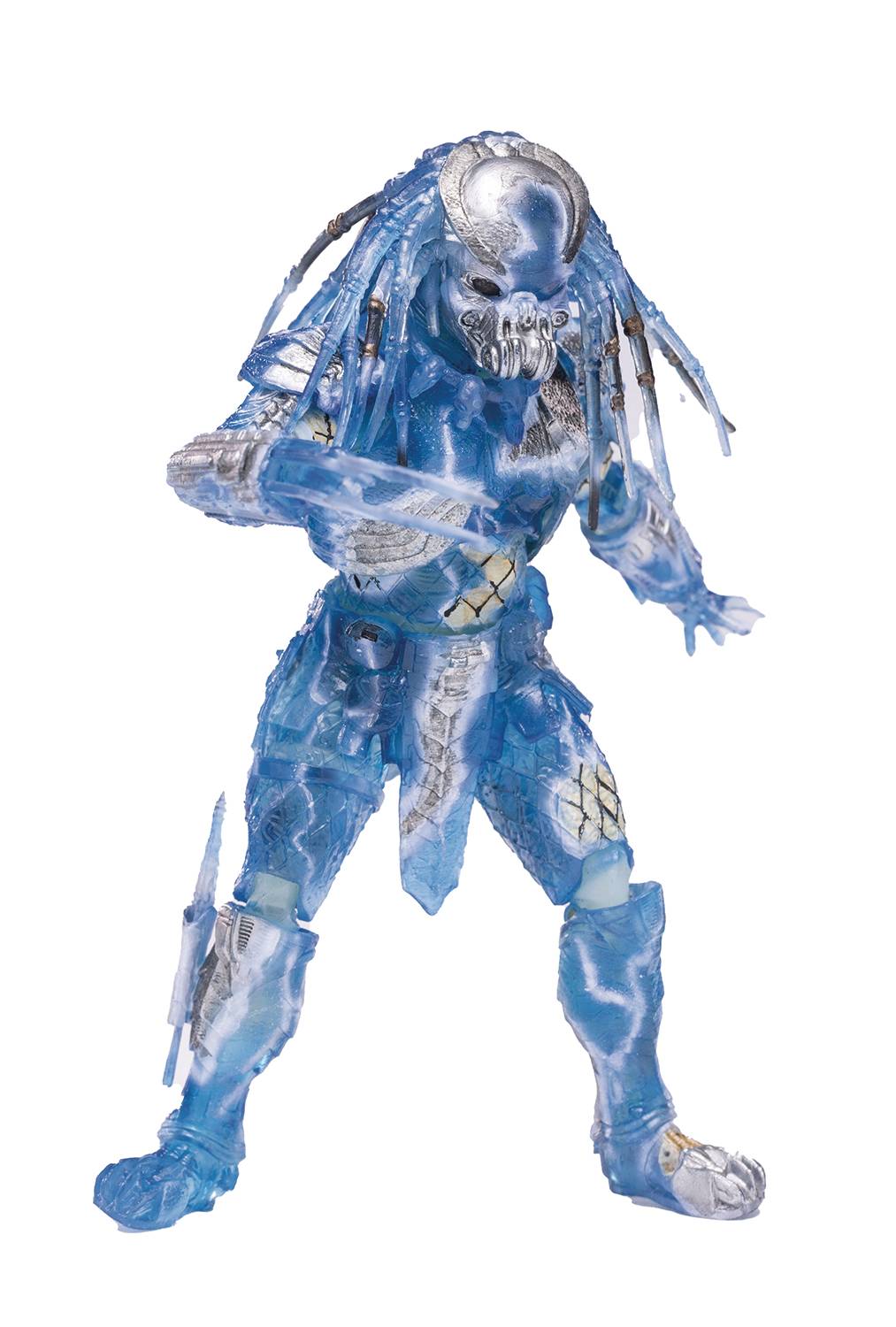 # # # # # #
JUL219666
From Hiya Toys. A PREVIEWS Exclusive. Hiya Toys returns with new decos for two old favorites. The Celtic Predator and the Chopper Predator were two of a trio of Yautja that arrived in Antarctica to hunt xenomorphs. While retaining the same form as its predecessors, the figures show the Celtic Predator and the Chopper Predator activating stealth mode like in the movie! The 1/18-scale figures stand about 4 5/8" tall and come complete with accessories: for Celtic Predator, the now-standard extended wristblades, a combistick in both extended and retratcted mode, and a shruiken with extended blades; for Chopper Predator, extended wristblades on both hands, and two special short spears with skull.