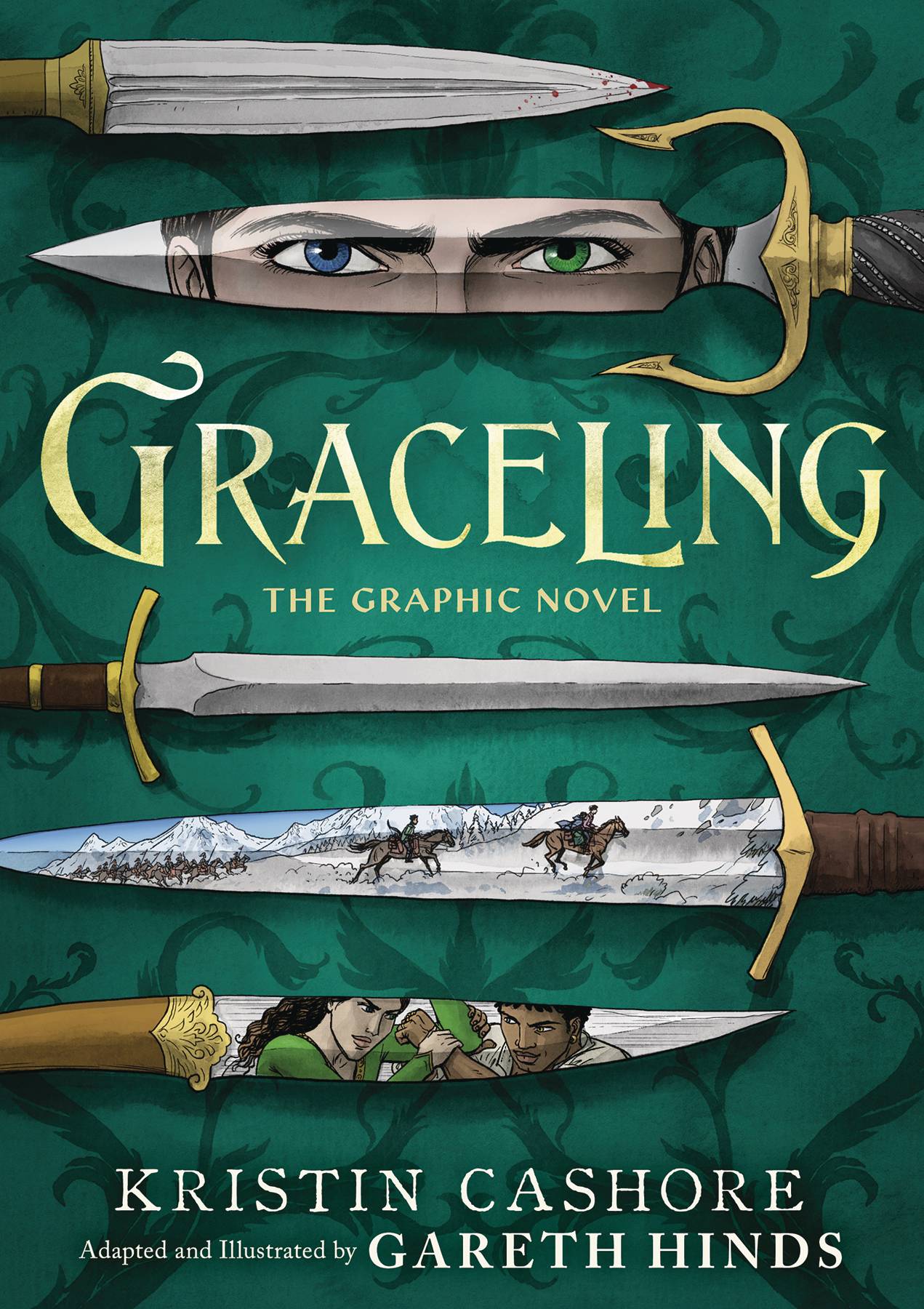 #
JUL219452
(W) Kristin Cashore (A/CA) Gareth Hinds
Katsa is a Graceling, one of the rare people born with an extreme skill. As niece of the king, she lived a life of privilege until the day her ability to kill a man with her bare hands revealed itself during a royal banquet. Now she acts as her uncle's enforcer, traveling the kingdom and threatening those who dare oppose him.
But everything changes when she meets Po, a foreign prince Graced with combat skills who is searching for the truth about his grandfather's disappearance. When Katsa agrees to help him, she never expects to learn a new truth about her own Grace-or about a terrible secret that could destroy them all.
In Shops: Nov 17, 2021
SRP: $24.99
ORDER WISH LIST