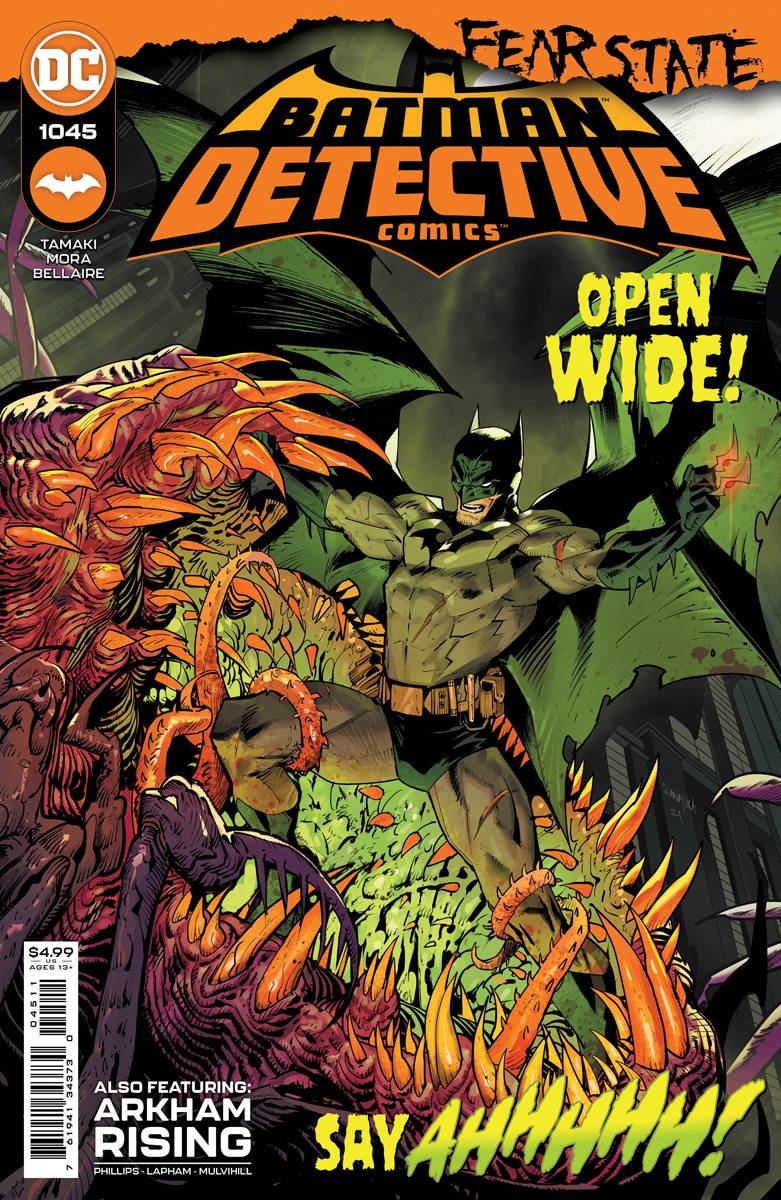 #
JUL218986
(W) Stephanie Phillips, Mariko Tamaki (A) Dan Mora, David Lapham
Batman and Mayor Nakano have freed themselves from the Vile parasite-infected sewers of Gotham City...only to find the nightmare has risen higher than they had imagined! With the city streets being overtaken by larg-er, (somehow even more) horrific creatures, these two enemies must put aside their differences and save the city-while there's still time! This skin-crawling, heart-pounding, terror-inducing installment of "Fear State" will change the nature of the Dark Knight and Mayor Nakano forever, and cast an eerie shadow over the next major Bat-event to come...
Then, in "Foundations" part two, Batman runs into an unlikely ally in his investigation at the Arkham Tower con-struction site, and believe us, Harley Quinn has a lot to say about all this!
In Shops: Nov 23, 2021
SRP: $4.99
View All Items In This Series
ORDER SUBSCRIBE WISH LIST