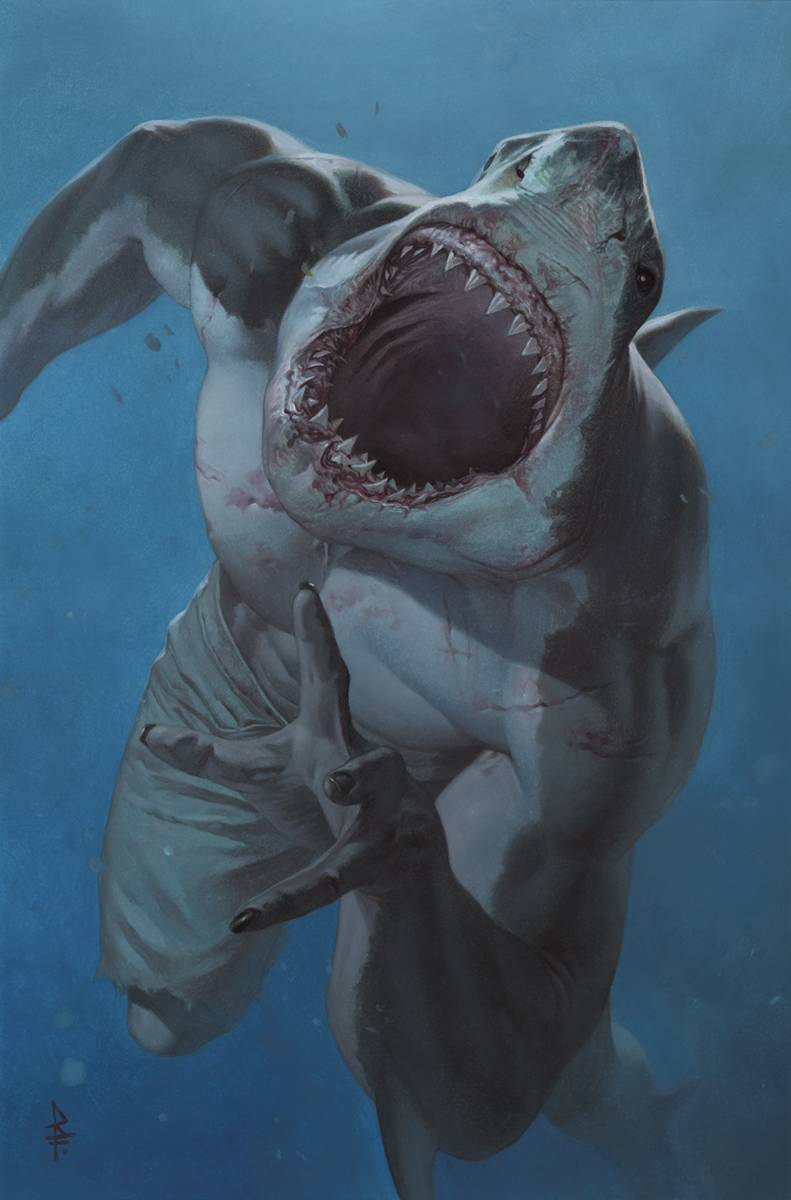 #
JUL217052
(W) Tim Seeley (A) Scott Kolins
On leave from the Suicide Squad, King Shark and unfortunate tagalong the Defacer get swept into a mystical tournament for totemic animal spirits at the behest of King Shark's father, the god of sharks! Now King Shark must battle brutal warriors like Queen Tiger, King Roach, Prince Nematode, Princess Peregrine, and the terrifying Man King to finally attain his destiny and make his dour dad proud!
In Shops: Sep 21, 2021
SRP: $4.99
View All Items In This Series
ORDER SUBSCRIBE WISH LIST