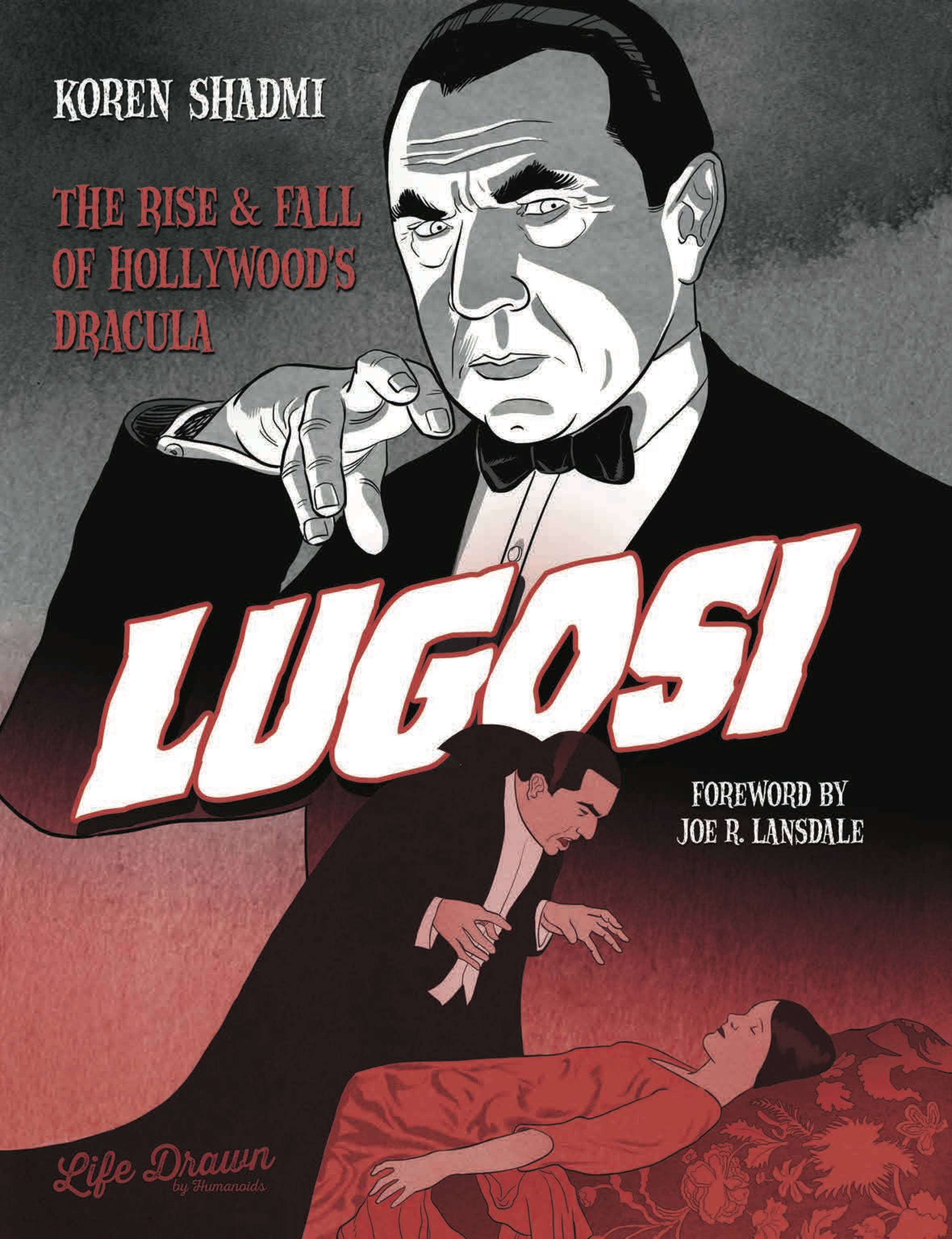 #
JUL211728
(W) Koren Shadmi (A) Koren Shadmi
As horror cinema's most iconic actor, Bela Lugosi is forever remembered for his haunting role as Count Dracula, frightening filmgoers for many years. But once the cameras finally stopped rolling...that's when Lugosi himself learned what true terror was.
Beginning with his early life in Hungary as a young actor and activist, this first-of-its-kind graphic memoir details Lugosi's flight from his homeland after becoming an enemy of the state and his eventual move to the US, where his career flourished-for a while. Following a pivotal career mistake that allowed Boris Karloff's star to rise while his plummeted, Lugosi's pride, extravagant lifestyle, and addiction to drugs, women, and the high life led to his tragic decline and humiliating later years that saw him join forces with infamous B-movie director Ed Wood for one last shot at stardom.
In Shops: Sep 29, 2021
SRP: $24.99