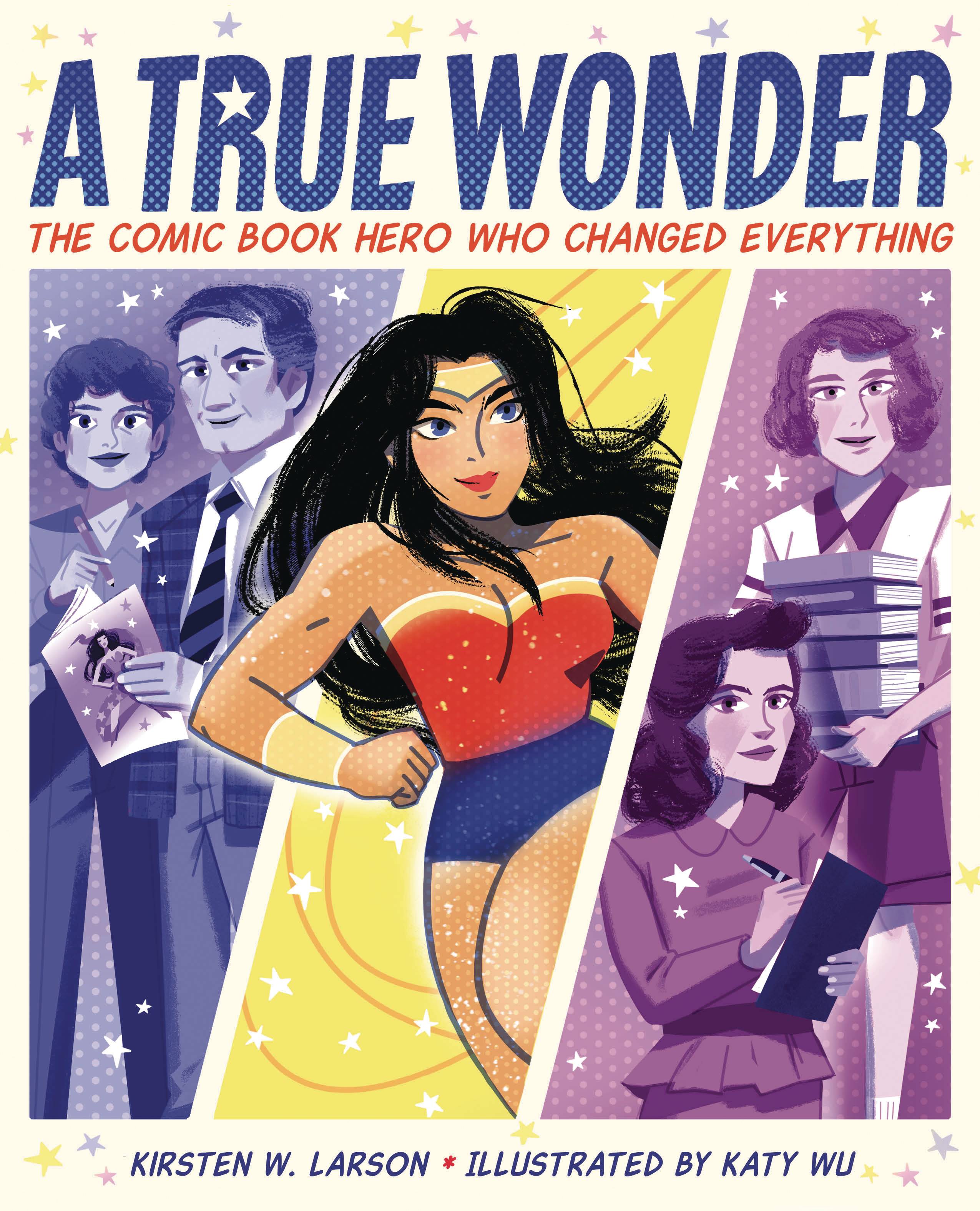 #
JUL211722
(W) Kirsten W. Larson (A) Katy Wu
Perhaps the most popular female superhero of all time, Wonder Woman was created by Bill Marston in 1941, upon the suggestion of his wife, Elizabeth. Wonder Woman soon showed what women can do - capture enemy soldiers, defeat criminals, become president, and more. Her path since has inspired women and girls while echoing their ever-changing role in society. Now a new group of devoted young fans enjoy her latest films, Wonder Woman and Wonder Woman 1984, and await a third installation being planned for theatrical release. This book raises up the many women who played a part in her evolution, from Elizabeth Marston to writer Joye Hummel to director Patty Jenkins, and makes clear that the fight for gender equality is still on-going.
In Shops: Sep 22, 2021
SRP: $17.99
ORDER WISH LIST