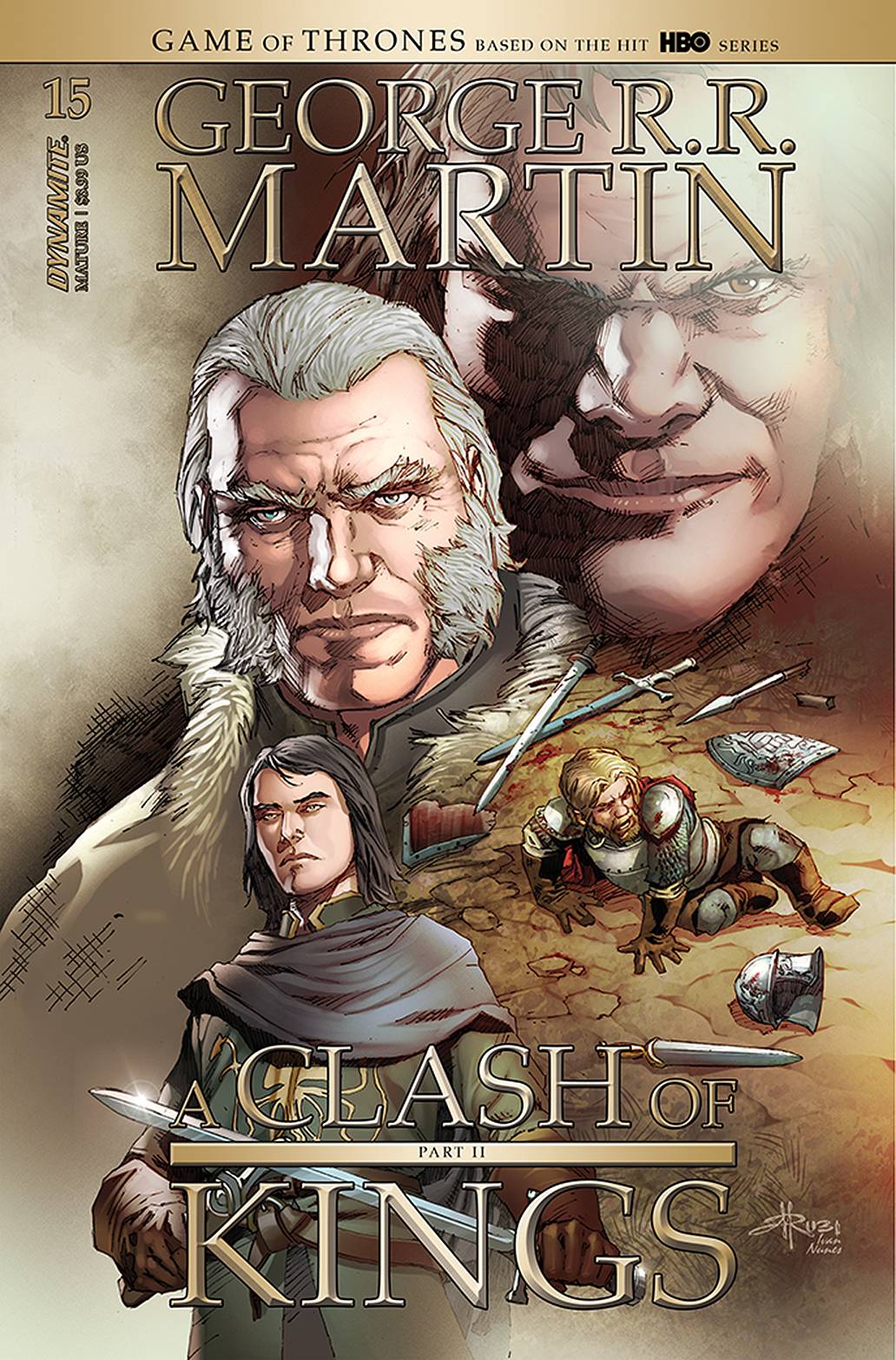 #
JUL211035
(W) George R. R. Martin, Landry Walker (A/CA) Mel Rubi
Barely alive, Tyrion struggles between consciousness and a drugged nightmare state, unaware that as he lay in his sickbed the power that he has grown used to commanding is slipping slowly away. Meanwhile, far to the North Theon faces the inevitable price for his violent betrayal of Robb Stark - though not quite in the way he might expect. The cast of A Clash of Kings see their hopes and dreams slowly wilt in yet another chapter of George R.R. Martin's stunning epic - A Song of Ice and Fire.
In Shops: Oct 27, 2021
SRP: $3.99
View All Items In This Series
ORDER SUBSCRIBE WISH LIST