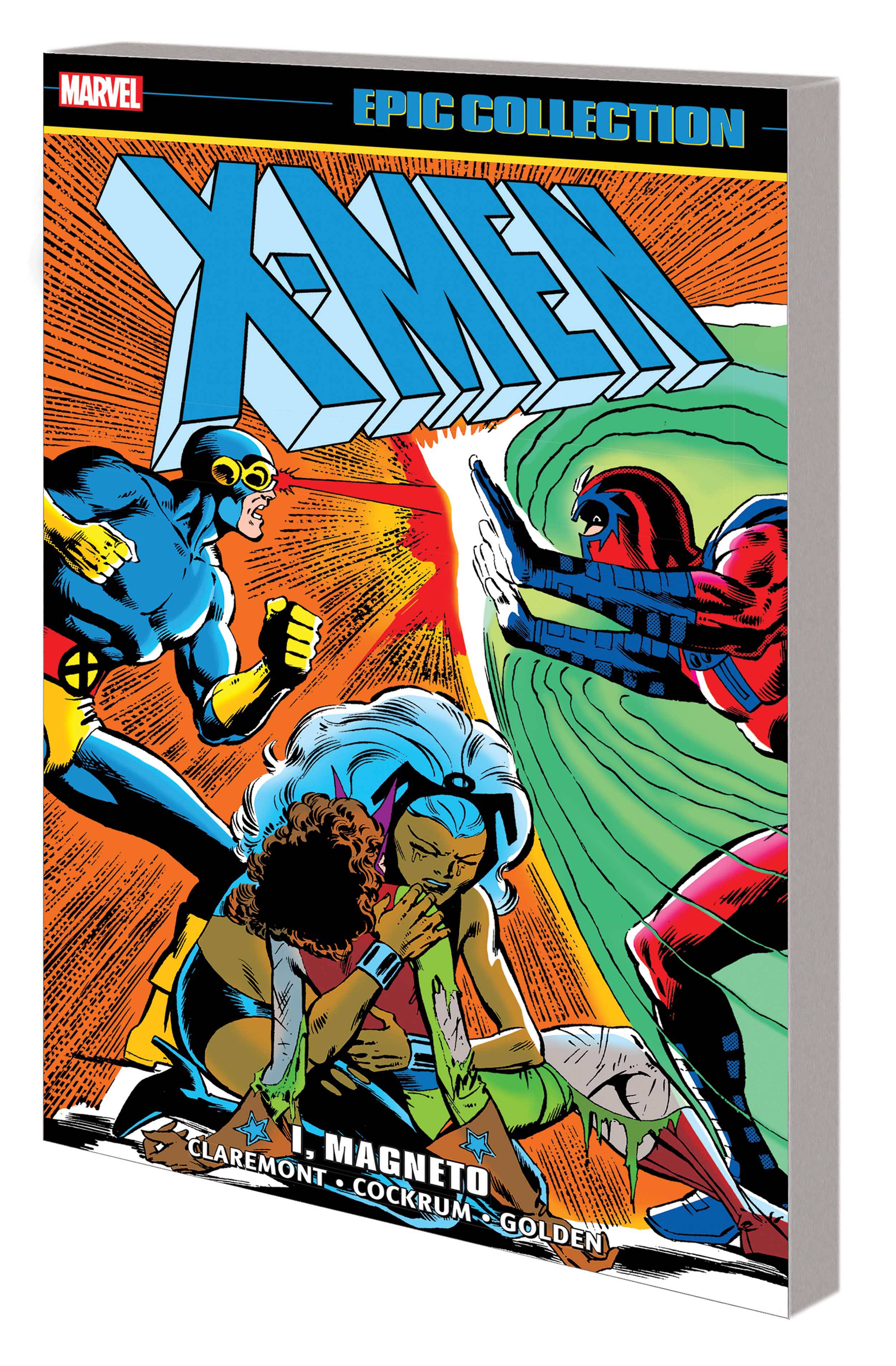 #
JUL210798
(W) Chris Claremont, More (A) More (A/CA) Dave Cockrum
Chris Claremont reunites with Dave Cockrum for another run of X-Men classics! And they're putting the all-new, all-different mutants they made famous into an action-packed pressure cooker through Arcade, Doctor Doom and Garokk that blows its top with the return of Magneto in an anniversary extravaganza! Next, it's the immortal "Kitty's Fairy Tale," a storybook fantasy with a twist! Brent Anderson draws a double-sized annual teaming the X-Men with the Fantastic Four against the barbarian Arkon! And just because we love ya, we're including the iconic first appearance of Rogue - as she and her fellow Evil Mutants battle the Avengers! Also featuring guest-appearances by Spider-Woman and Dazzler, a fan-favorite Savage Land saga and three truly bizarre X-Men rarities! Collecting UNCANNY X-MEN (1981) #144-153, X-MEN ANNUAL (1970) #5, AVENGERS ANNUAL #10, BIZARRE ADVENTURES #27 and material from MARVEL FANFARE (1982) #1-4.