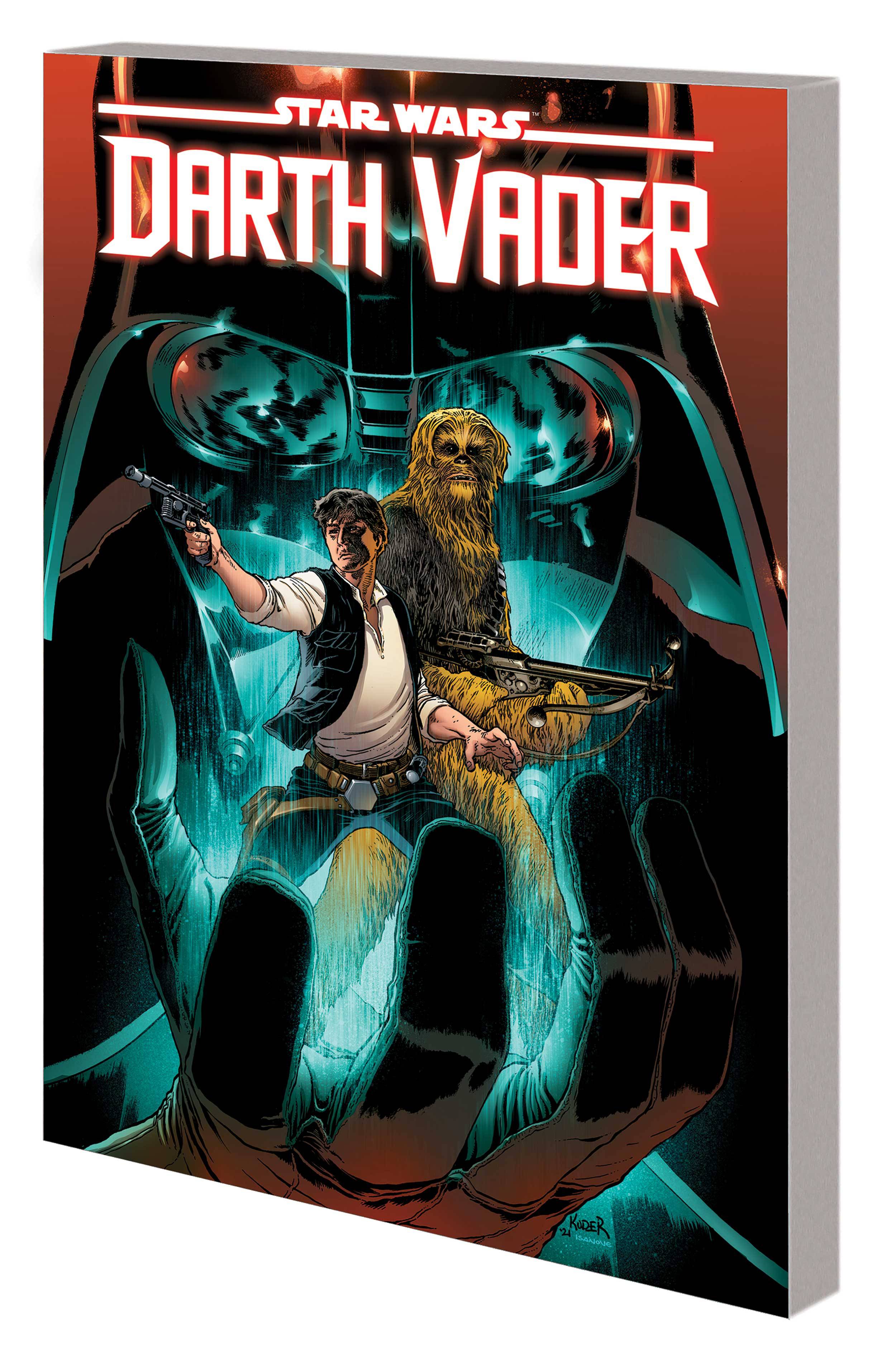 #
JUL210792
(W) Greg Pak (A) Guiu Vilanova, Raffaele Ienco (CA) Aaron Kuder
The next critical new chapter in Darth Vader's ongoing evolution! Returned to the fold after his rebellion against the Emperor, Darth Vader faces the horrors of reconstruction in the secret laboratories of Coruscant. As he blacks out under the knife, does the Dark Lord of the Sith still dream of revenge against his master? Or do his thoughts drift toward his son - and the friends who make Luke Skywalker so vulnerable? Featuring the revelation of the first time Vader learned the name Han Solo! As Vader and Ochi of Bestoon embark on a search for Solo's carbonite-frozen body, who is the Umbaran? What happens when she emerges from the darkness? And what will a raging War of the Bounty Hunters mean for the Dark Lord's ongoing schemes? Collecting STAR WARS: DARTH VADER #12-17.