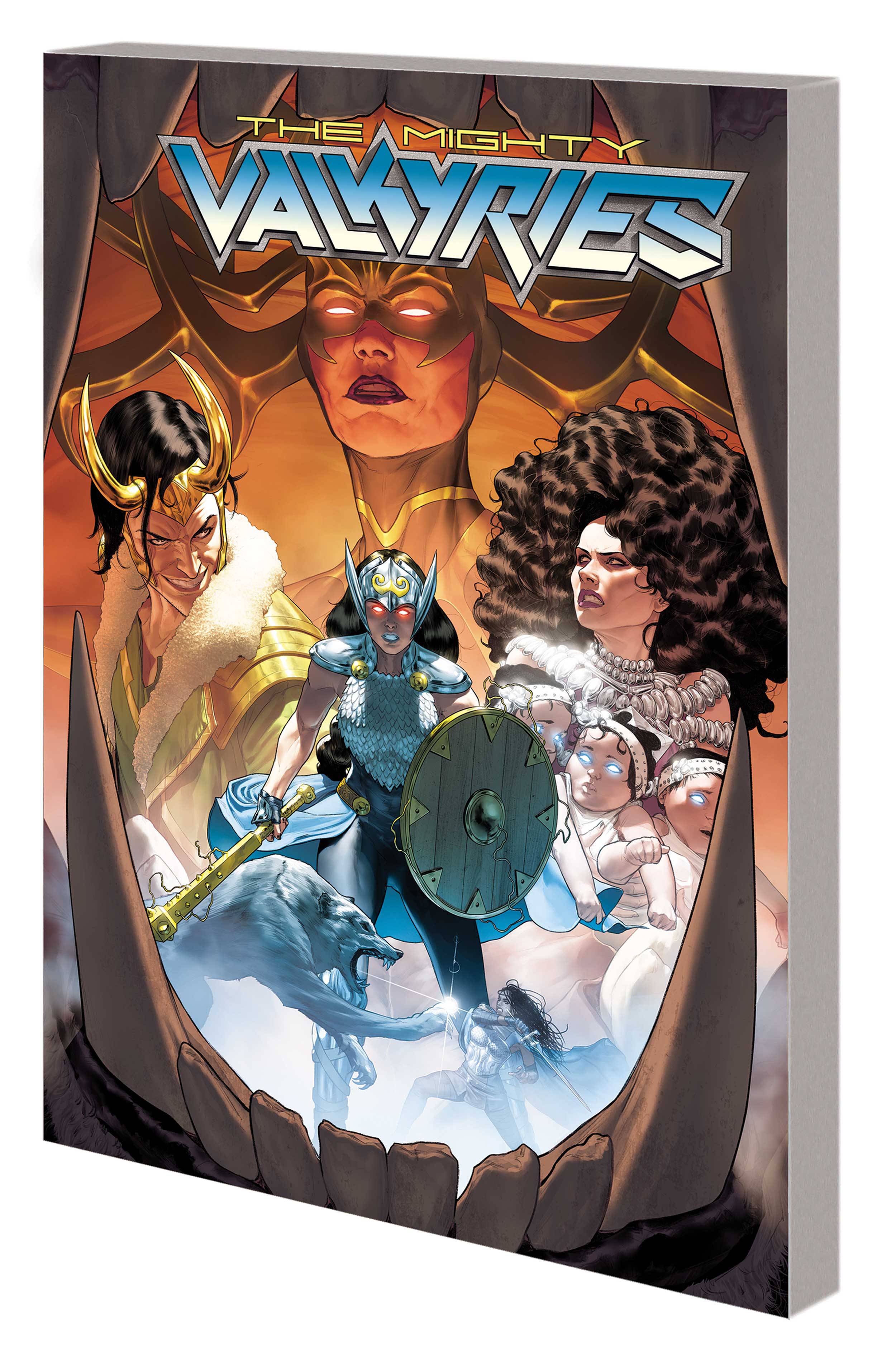 #
JUL210778
(W) Jason Aaron, Torunn Gronbekk (A) Erica D'Urso (A/CA) Mattia De Iulis
A fresh start for Jane Foster - with allies old and new! Jane believed she was the only Valkyrie left, but the fight against the King in Black proved her wrong. Now the reunited Valkyries must redefine their roles in a changing world - but Asgard's not going to make it easy. When Loki comes to Jane with rumors of a beast stalking the souls of Midgard, she leaps into action. But she's not the only one after the strange wolf's hide, and soon Jane will fall in the sights of Kraven the Hunter! Meanwhile, her fellow Valkyrie long ago made a promise to a woman she loved - and now it's time to follow through. On the planet of Perdita lies imprisoned an ancient power. Can this Valkyrie free it - and herself? Featuring the fury of Karnilla, Queen of Hel! Collecting MIGHTY VALKYRIES #1-5.