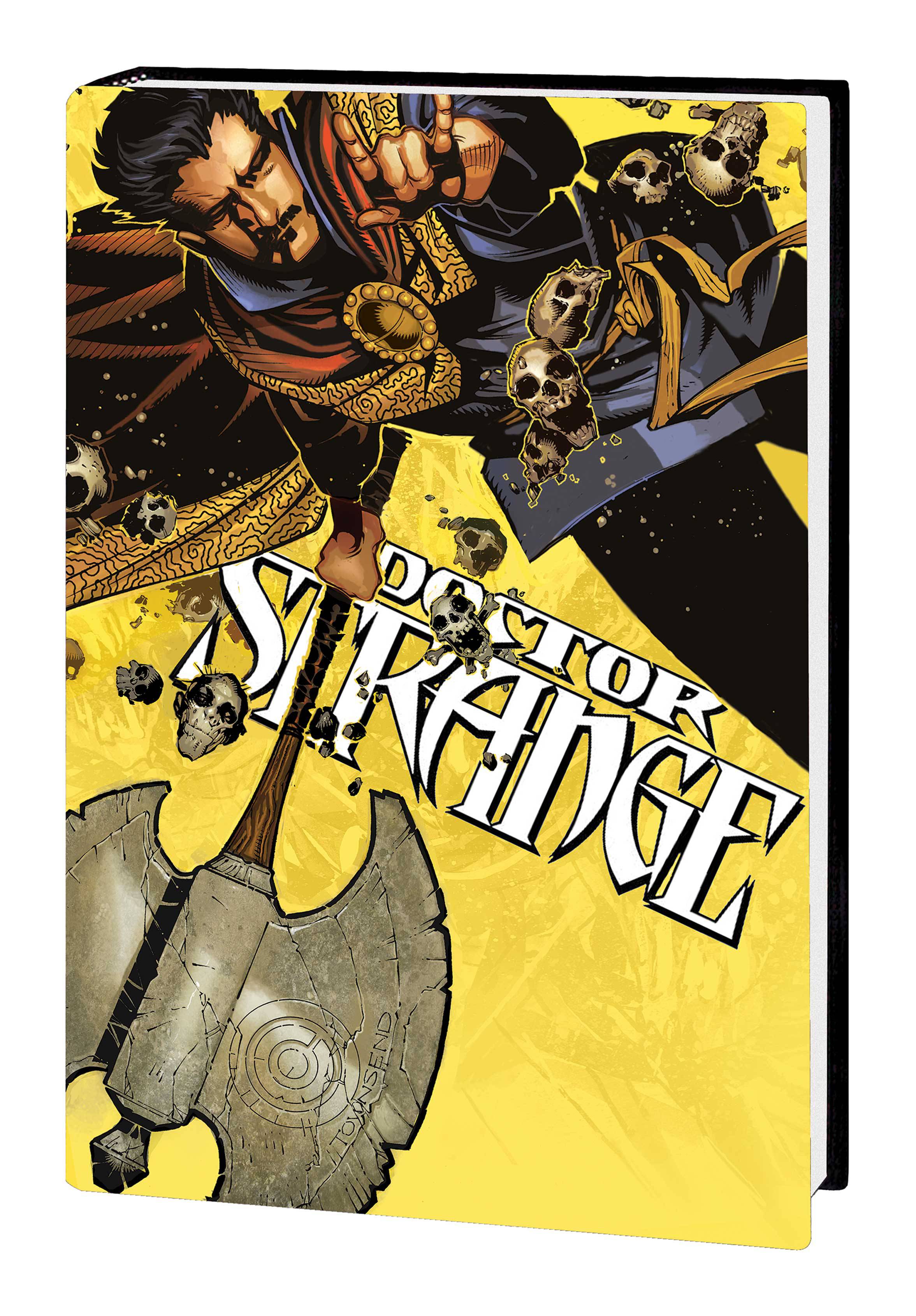 #
JUL210765
(W) Jason Aaron, More (A) More (A/CA) Chris Bachalo
Only Doctor Strange can protect our world from the darkness beyond - but every spell he casts comes with a cost! Now witness the full toll taken on Earth's Sorcerer Supreme courtesy of the comic book wizardry of Jason Aaron and Chris Bachalo! Dark forces are destroying everything mystical in the Multiverse, and their sights are set on this dimension. The Empirikul are coming. Magic's days are numbered. Doctor Strange - and his fellow practitioners of the mystic arts - are not ready! And as Strange finds himself at the weakest he's ever been, his greatest foes return from the shadows ready to strike - starting with his oldest rival, Baron Mordo! Can Stephen survive his lethal rogues' gallery? Plus: The spellbinding debut of the Sorcerers Supreme! Collecting DOCTOR STRANGE (2015) #1-20, DOCTOR STRANGE ANNUAL (2016) #1 and DOCTOR STRANGE: LAST DAYS OF MAGIC.