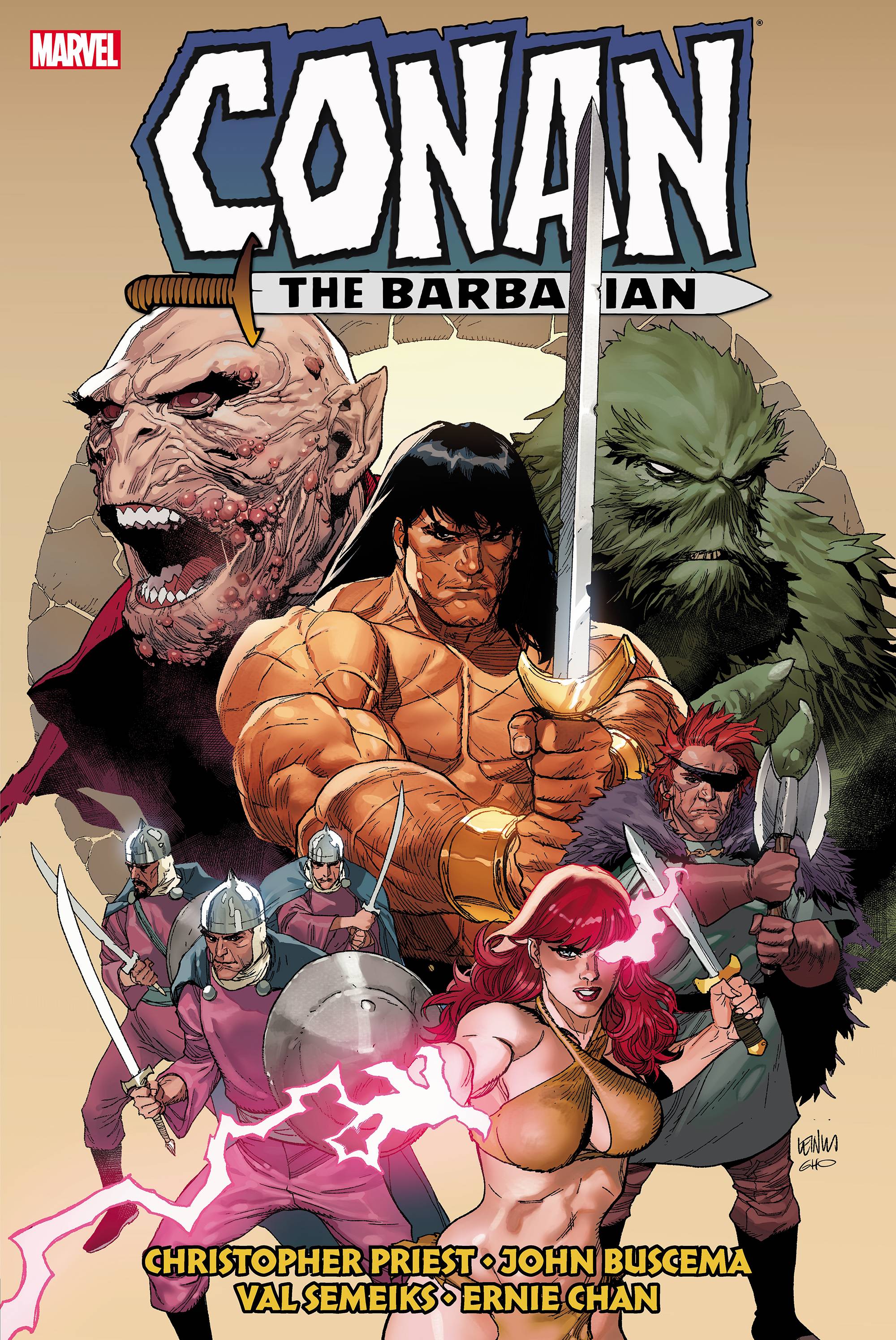 #
JUL210761
(W) Christopher Priest, Don Kraar (A) John Buscema, More (CA) Leinil Francis Yu
He was the writer that would put Black Panther back on the map of popularity in the late '90s, but in the '80s, Christopher Priest was editing-and writing-tales of Conan the Barbarian! The seventh volume in this popular Omnibus series collects the first half of Priest's run, as the writer assembles a cast of engaging supporting characters around Conan, including the haunted Tetra and the courageous Captain Delmuro, sending them in pursuit of treasure held by the wicked thief, Keiv. Priest also introduces to the color series one of the great super-villains in Marvel's Conan mythos-the Devourer of Souls. The dark reaver is one of Conan's most formidable foes, and their legendary battles begin here! Collecting CONAN THE BARBARIAN (1970) #172-194 & ANNUAL (1973) #10-11.