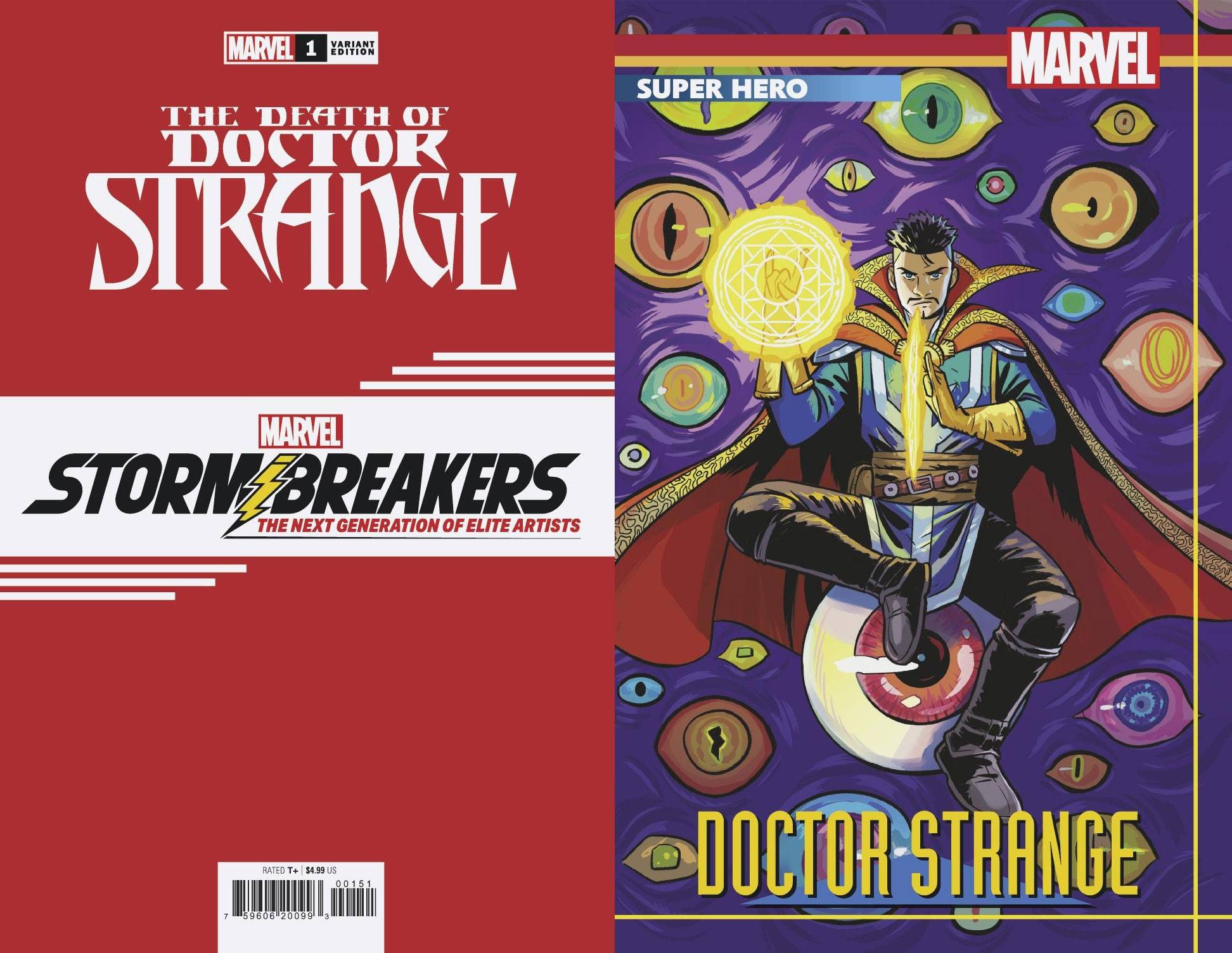 #
JUL210570
(W) Jed MacKay (A) Lee Garbett (CA) Natacha Bustos
DEATH COMES FOR THE SORCERER SUPREME!
Doctor Stephen Strange is the world's greatest neurosurgeon and Earth's Sorcerer Supreme. He defends our planet from the supernatural and interdimensional threats no other hero is equipped to handle. But what would happen if he unexpectedly died? Who would protect Earth and keep the mystical evils at bay? And most importantly...who killed Stephen Strange?! The final chapter in the life of Doctor Strange starts here by Jed MacKay (Moon Knight, Black Cat) and Lee Garbett (Captain Marvel)!