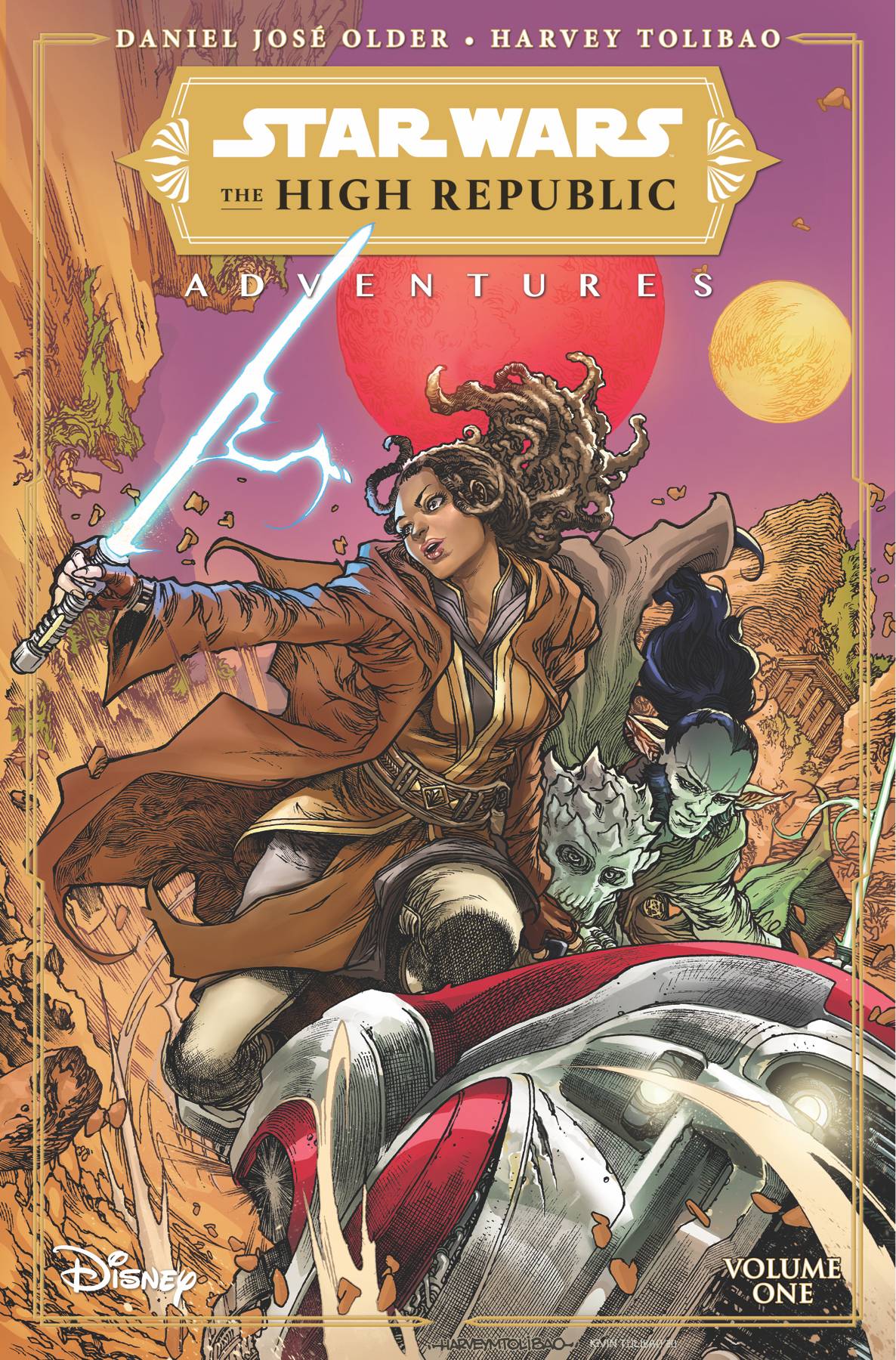 #
JUL210457
(W) Daniel Jose Older (A) Pow Rodrix (A/CA) Harvey Tolibao
Two hundred years before the events of the Skywalker Saga, the galaxy is experiencing unparalleled peace-until a new enemy threatens everything the Jedi have built.
In the days of the High Republic, the Jedi are at the height of their power. But the emergence of the piratical, anarchic Nihil proves that even the most successful peace is fragile, and the Jedi's influence is neither as pervasive nor as benevolent as they would believe.
Now Lula, Farzal, and Qort, inexperienced Jedi Padawans, must help the inhabitants of Trymant IV in the wake of a Nihil attack. All the while, they'll face suspicion and outright opposition from a group of subversive citizens who resent and fear the Jedi. Two of those citizens, Zeen and Krix, will have to decide whether to accept the Padawans' aid or try to save the day on their own.