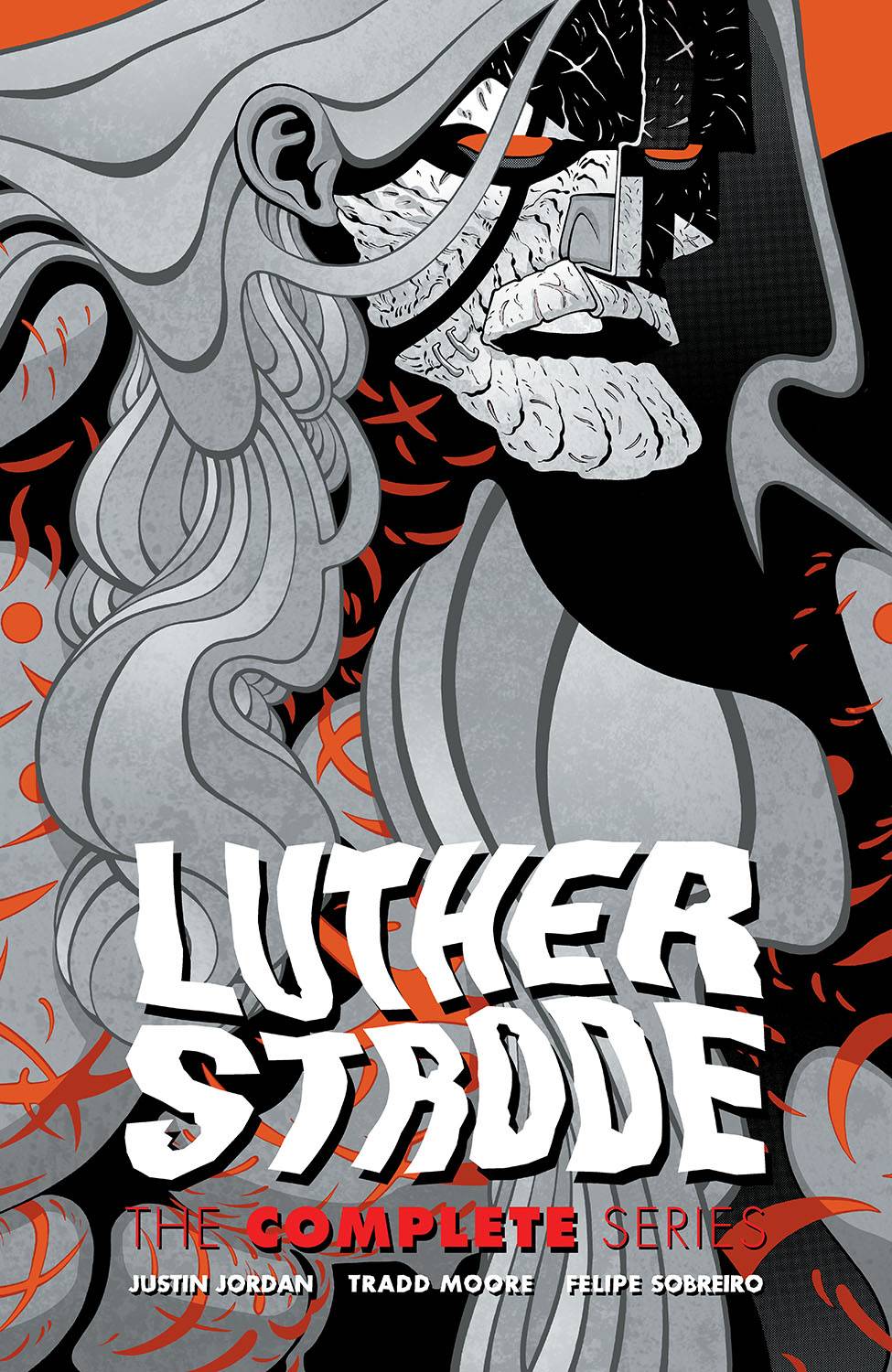 #
JUL210105
(W) Justin Jordan, Tradd Moore (A/CA) Tradd Moore, Felipe Sobreiro
TENTH ANNIVERSARY SPECIAL EDITION
Luther Strode is an average teenage nerd until he sends away for the Hercules Method, a bodybuilding course that promises to give him the body of his dreams. But the powers he unleashes make him a target for a murder cult as old as mankind, cost him almost everything, and take him across the world in the fight to take back his life..
COLLECTS THE STRANGE TALENT OF LUTHER STRODE, THE LEGEND OF LUTHER STRODE, & THE LEGACY OF LUTHER STRODE
In Shops: Oct 20, 2021
SRP: $29.99
PREORDER WISH LIST