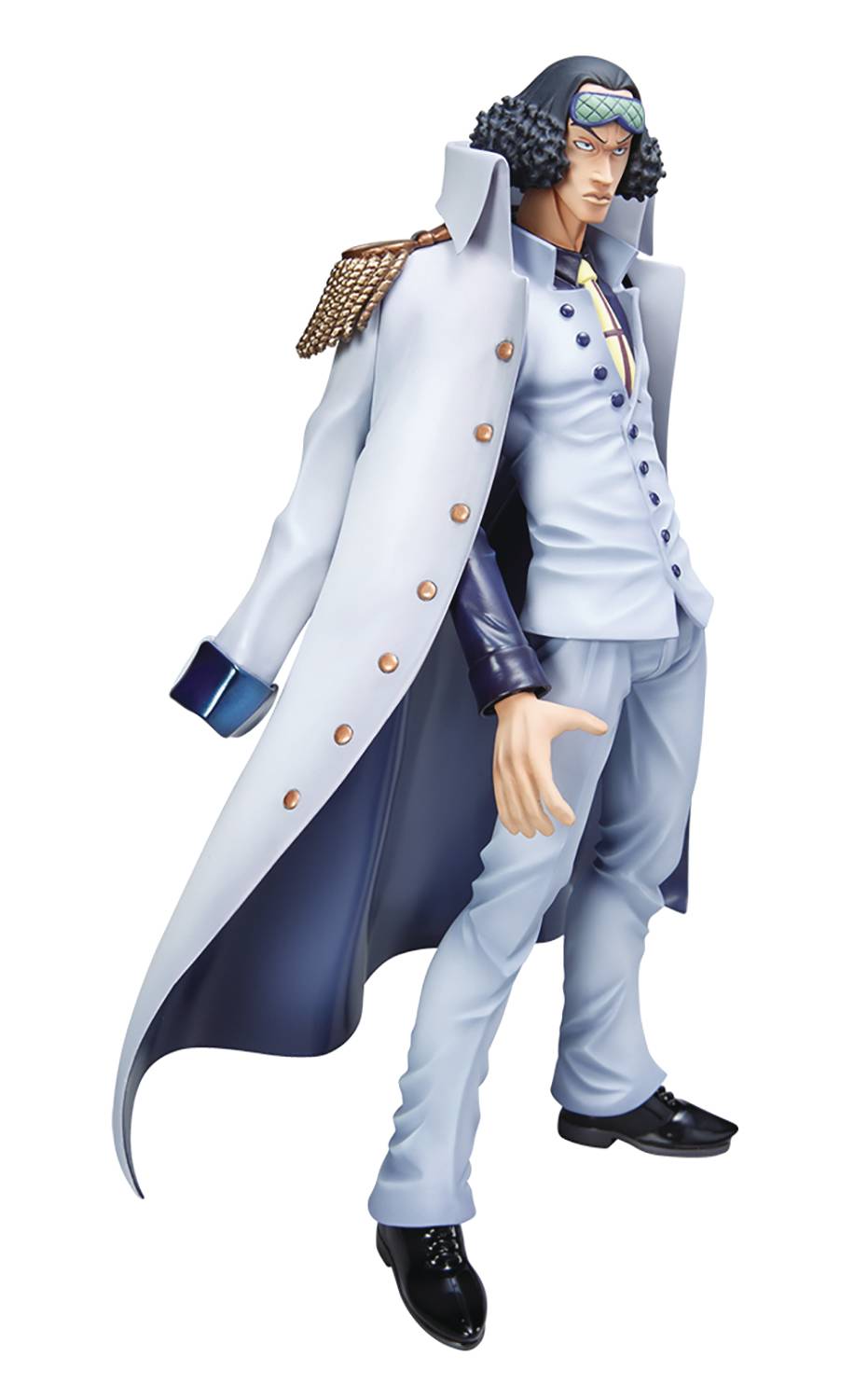 # # # # #
JUL209459
From MegaHouse. New Prodction Run!  Originally released in 2009 with a re-release in 2011, the popular Marine Admiral Aokiji [Kuzan] NEO-DX figure is coming back once again allowing fans to display him with the 2019 resale of Akainu (sold separately)! The user of the Ice-Ice Fruit has been sculpted and fully pre-painted as a high quality figure standing 10.6" in height. His Marine coat that was used during the War at Marineford can be detached for a different appearance. He also comes with other alternate parts such as a clear ice effect part as well as an eye mask which can be displayed on his forehead.