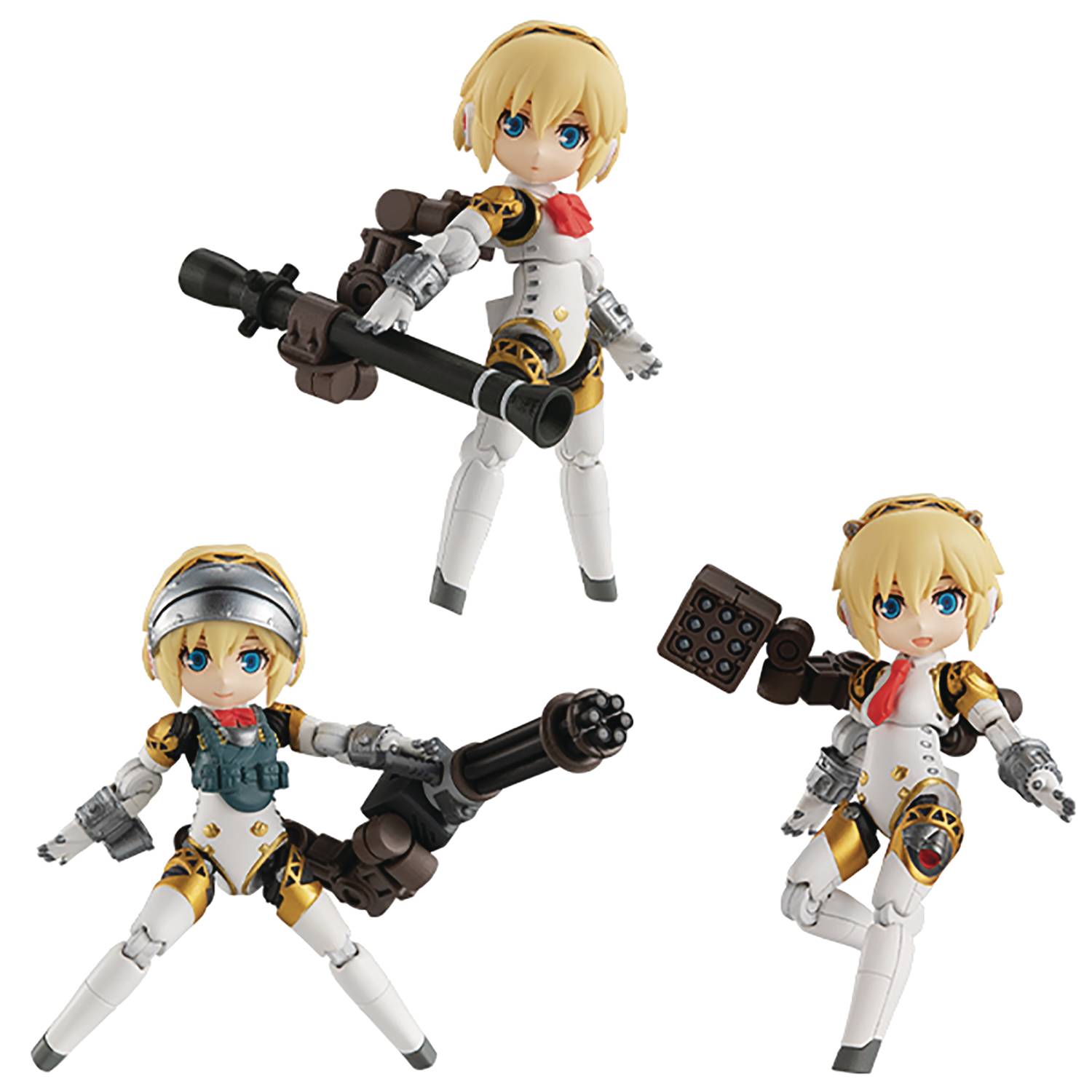 # # # #
JUL209445
From MegaHouse. The popular Persona series is joining the Desktop Army collection! The 3" tall adorable figures have been based on special illustrations by Kouhaku Kuroboshi! There are three different versions of Aigis: one each from P3, P3F and P4U - and each has been sculpted in careful detail! Each also comes with their own weapon parts which can all be combined to create the fully equipped version! They are also compatible with all previously released figures in the Desktop Army series, so you can also mix and match for all sorts of options!