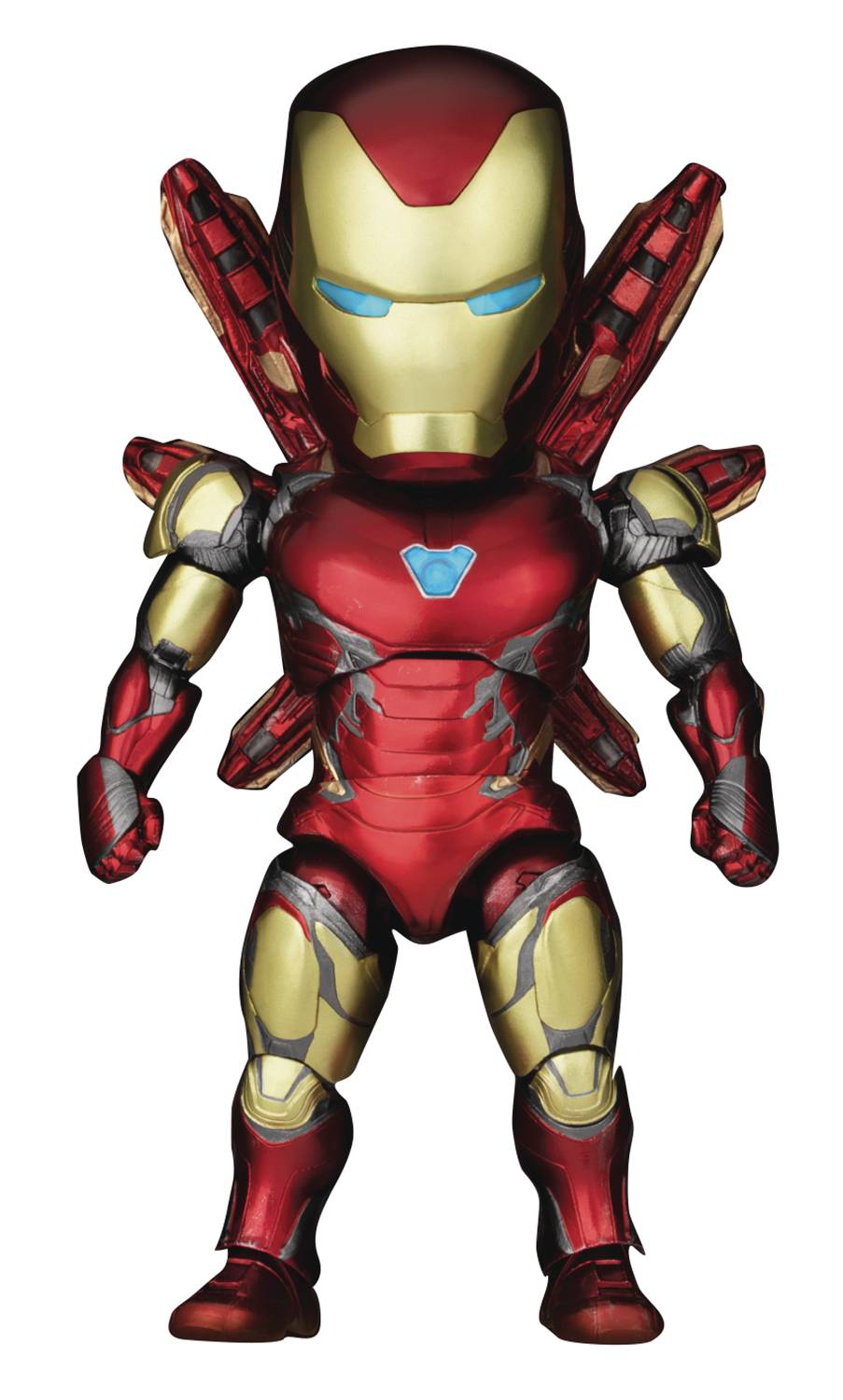 # # # # # #
JUL208679
From Beast Kingdom. With Endgame's Mark-85 suit came the final, most impressive armor Tony Stark had ever built! Jam-packed with the latest Nano-Technologies, Iron-Man joins the Avengers for the final showdown with Thanos himself! Beast Kingdom's 6-inch, highly articulated Egg Attack Action figure EAA-110 faithfully recreates the sleek and streamlined suit, with a host of added features sure to please any collector. It features built-in LED lights in the helmet and chest as well as a number of accessories including two Repulsor thrust effects, a Nano-tech energy blade, Nano-Shield and the Nano-Refocuser! The three replaceable hands as well as the add on effects gives collectors plenty of ways to have Tony fight, either in the air or down on the battlefield! Also available in the EAA-138 Battle Damaged Iron Man Mark-85 figure, which depicts the same armor battered by the final showdown with Thanos!