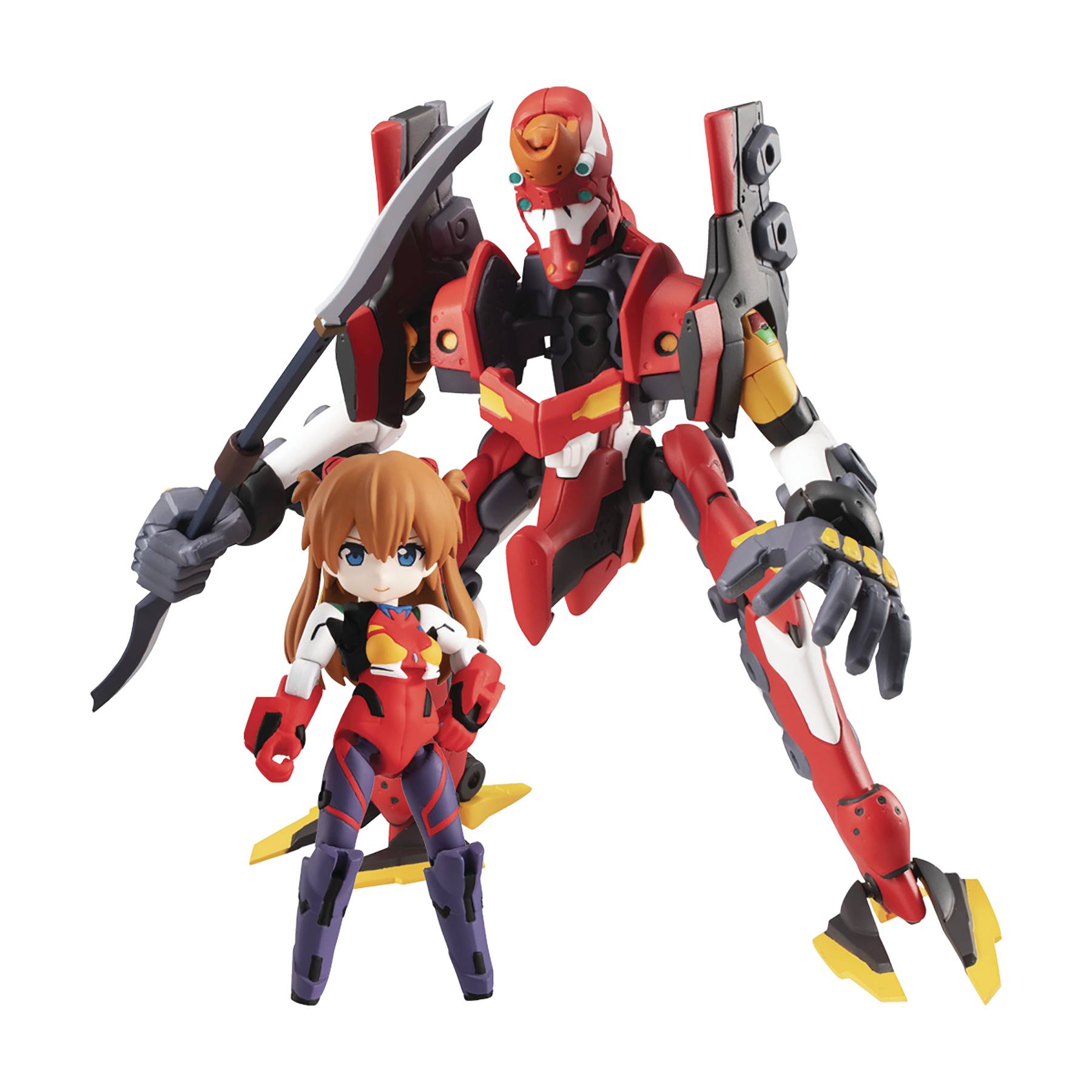 #
JUL208098
From MegaHouse. The Second Child joins MegaHouse's Desktop Army with her signature evangelion, Unit-02 from the Neon Genesis Evangelion 3.0 + 1.0 movie! The figure can be displayed in autonomous form as well as embarked form allowing for various different display options. It can also be displayed with the separately sold "Flying Transport Craft" to display the figure in transportation. The series is compatible with previously released Desktop Army figures, so you can also mix and match for all sorts of options!