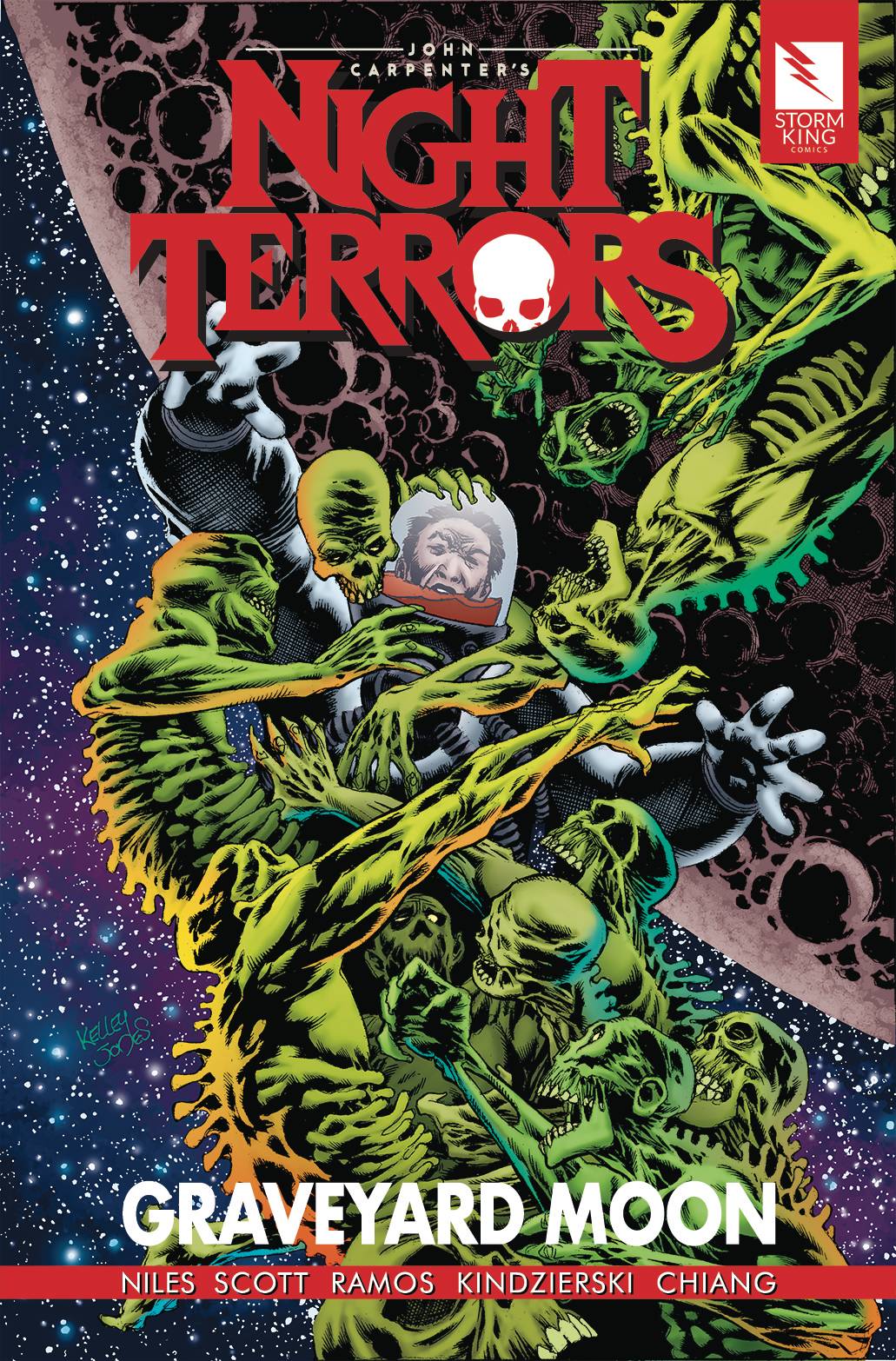 #
JUL201411
(W) Steve Niles (A) Stephen Scott (CA) Kelley Jones
In the not so distant future, Earth no longer has space for graveyards. Callisto, a rocky moon of Jupiter, has become designated as the graveyard planet, but only the wealthy can afford a proper burial there. Cooper and his longtime crew prepare to transport a load of the dead, having flown this route many times over. But their routine trip to the graveyard moon is disrupted by deception and greed... and they find themselves under siege by the ghosts of the dead they carry.
In Shops: Sep 09, 2020
SRP: $14.99