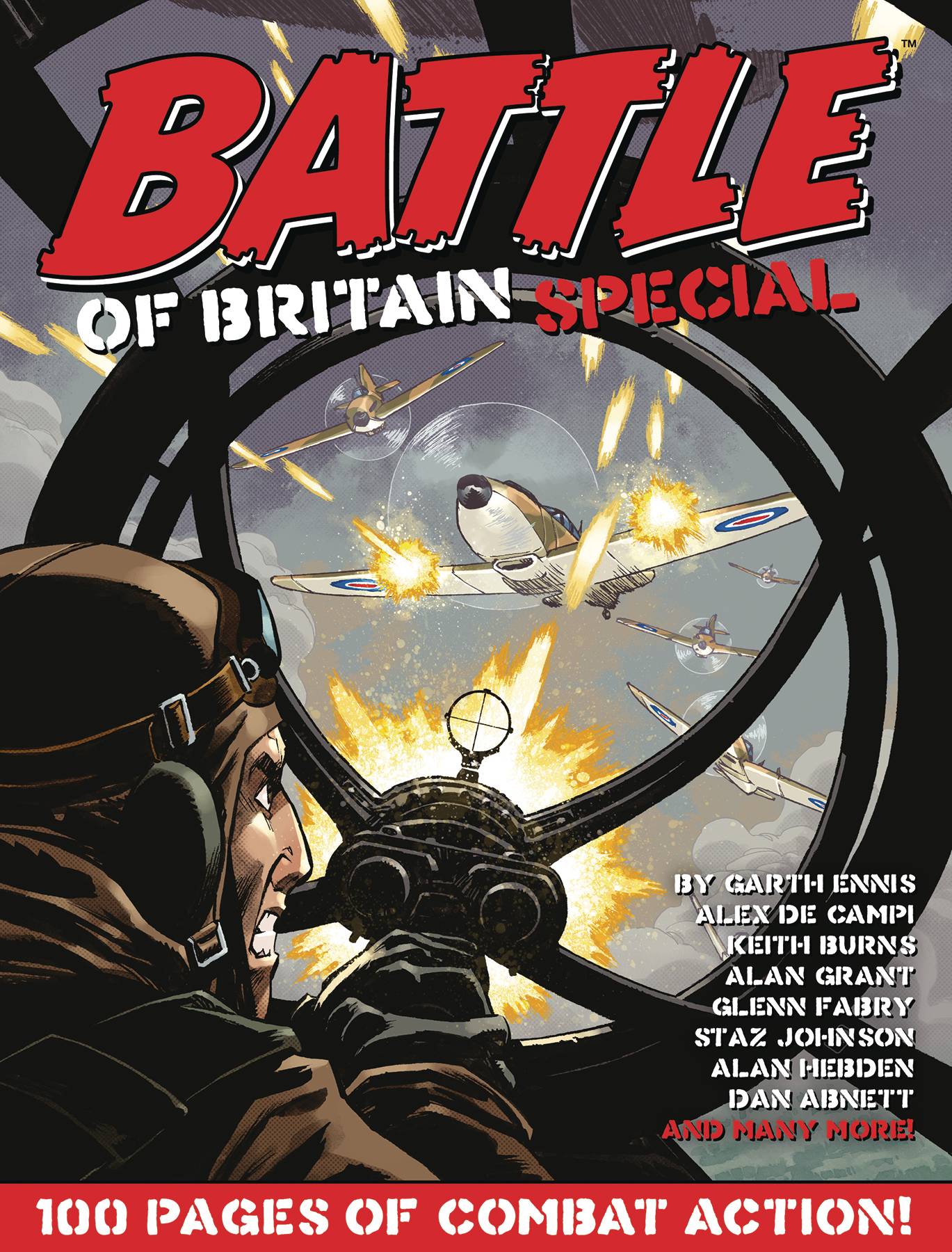 #
JUL201380
(W) Garth Ennis (A) Various
Battle was the most popular British war comic of all time and has been brought back just in time to commemorate the anniversary of the Battle of Britain. Garth Ennis sends the Rat Pack on one more mission, with Keith Burns on art. Rob Williams writes the tale of one of the many warships involved in the naval battles, in Destroyer, drawn by PJ Holden. Alan Grant works with Davide Fabbri to tell the story of a heroic soldiers actions. The action isn't just confined to the Battle of Britain, Alan Hebden unearths another El Mestizo tale, and Alex De Campi's tale focuses on American soldiers in Vietnam, drawn by Glenn Fabry.