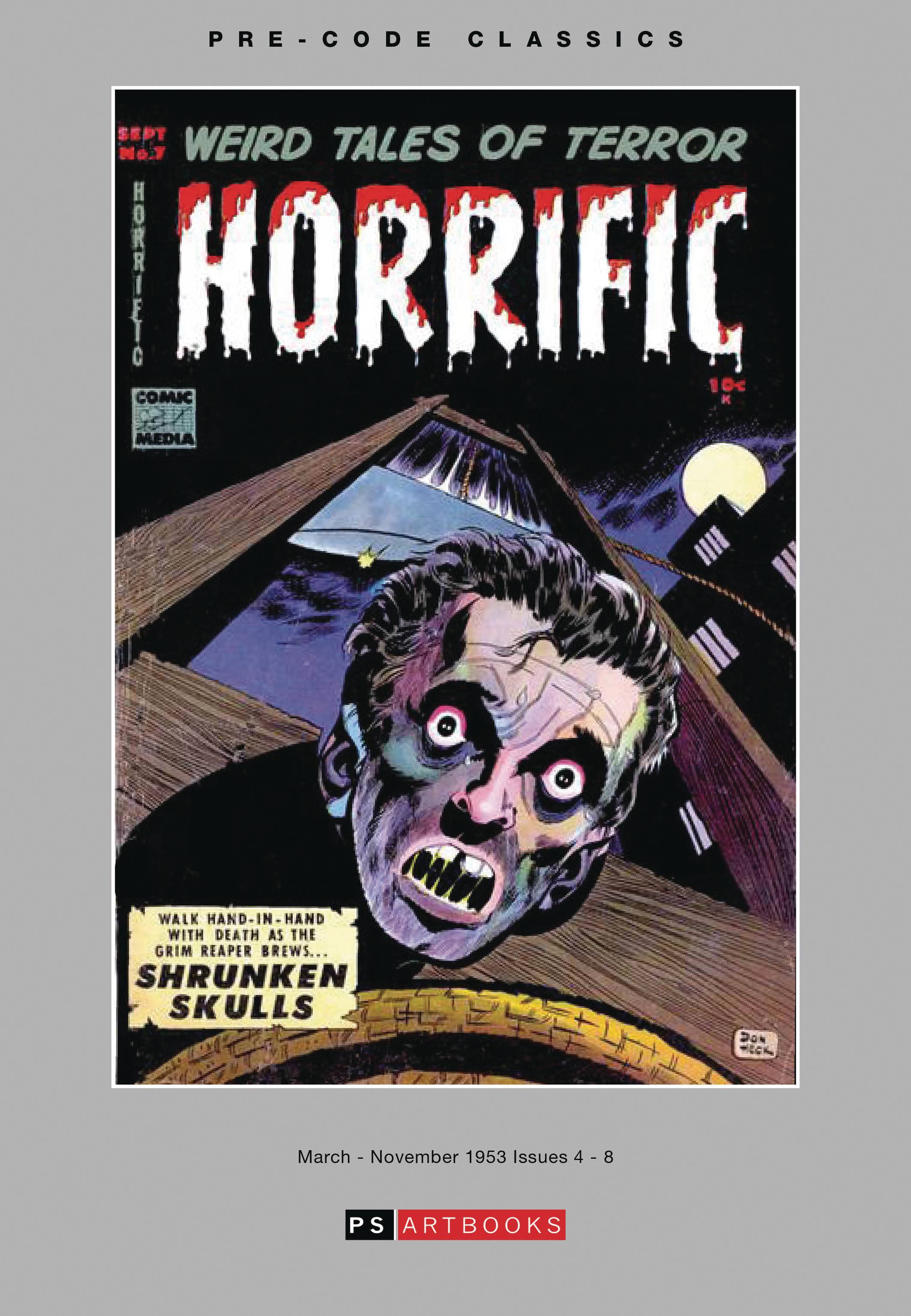 #
JUL201355
(A) Don Heck, Don Perlin, A.C. Hollingsworth, Rudy Palais, Kenneth Landau, Marty Elkin, Pete Morisi
Comic Media were a respectable publisher that produced two horror titles, Weird Terror and Horrific, and we've selected a few of these fabulous weird tales of terror issues here in this collection! The odd thing about these titles is that the publisher was convinced that faces sold comics; he insisted that every issue have some sort of a face dominating the cover, and Don Heck, his cover artist, eagerly obliged. Werewolf faces, monster faces, terrified faces -- always faces. Go get 'em, pronto, because by 1955 Don was recruited by Stan Lee and went on to be one of the architects of what became known as "The Marvel Age of Comics" so you won't be getting any more of those fabulous covers! Collects Horrific #4-8 (March to November 1953).
In Shops: Feb 17, 2021
SRP: $46.99
ORDER WISH LIST