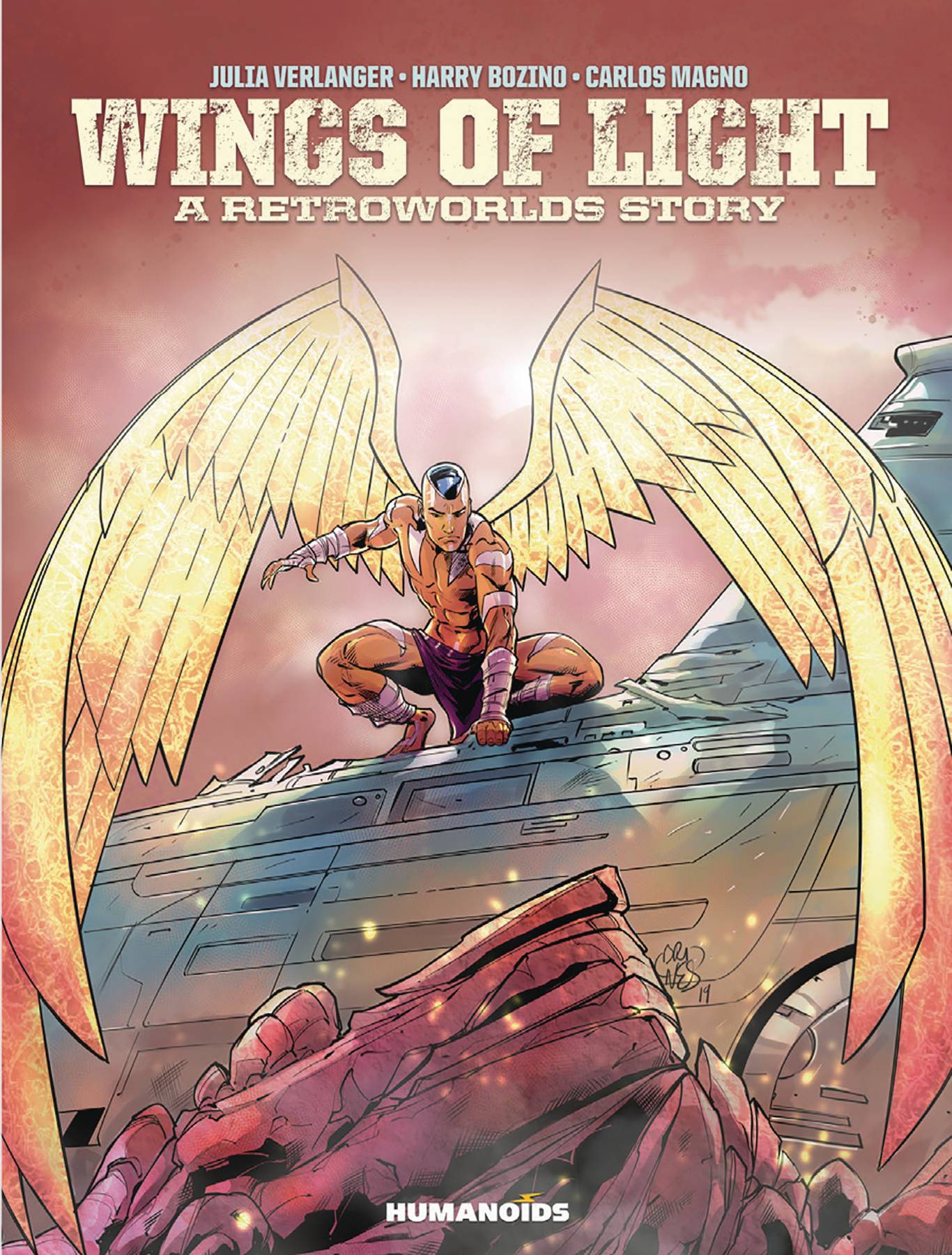 #
JUL201244
(W) Harry Bozino (A) Carlos Magno
Two Earthlings find themselves at the mercy of a stringent religious sect on a far-off planet when they rescue a young woman who mated with a mysterious creature.
In the distant future, Earthlings explore worlds scattered at the far reaches of the cosmos, on which civilizations have often forgotten they are descendants of settlers from Earth. Two young agents on a mission visit a planet that has reverted to a medieval way of life, but when they save a young pregnant woman who has been sentenced to death for mating with a mysterious and mythical "angel with wings of light," they find themselves entrenched in political turmoil with a religious party who has ascended to power.
In Shops: Oct 28, 2020
SRP: $17.99