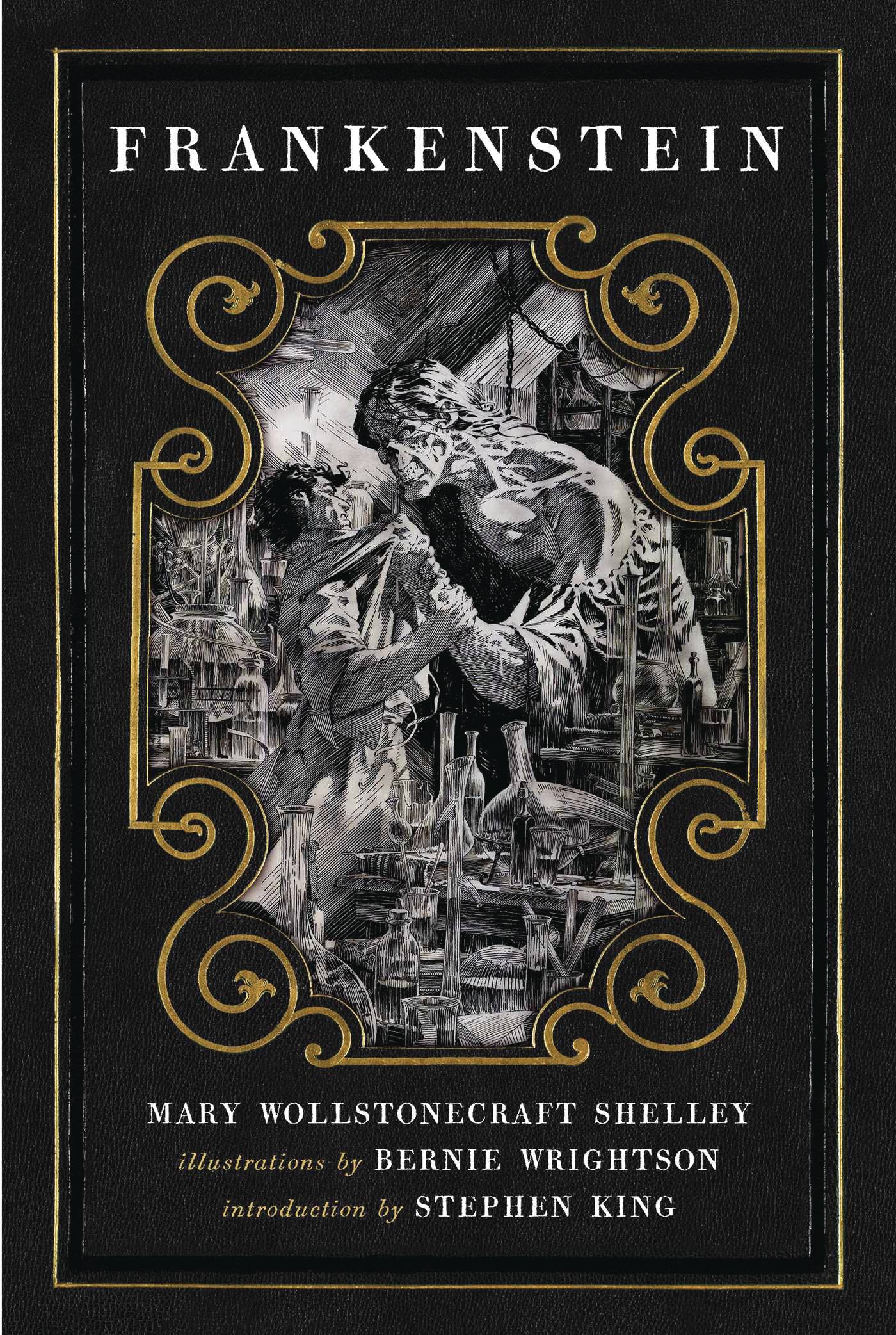 #
JUL201197
(W) Mary Shelley (A/CA) Bernie Wrightson
Few works by comic book artists have earned the universal acclaim and reverence that Bernie Wrightson's illustrated version of Mary Wollstonecraft Shelley's Frankenstein was met with upon its original release in 1983. A generation later, this magnificent pairing of art and literature is still considered to be one of the greatest achievements made by any artist in the field. This book includes the complete text of the original groundbreaking novel, and approximately fifty original full-page illustrations by Bernie Wrightson. Introduction by Stephen King.
In Shops: Aug 19, 2020
SRP: $29.99
ORDER WISH LIST