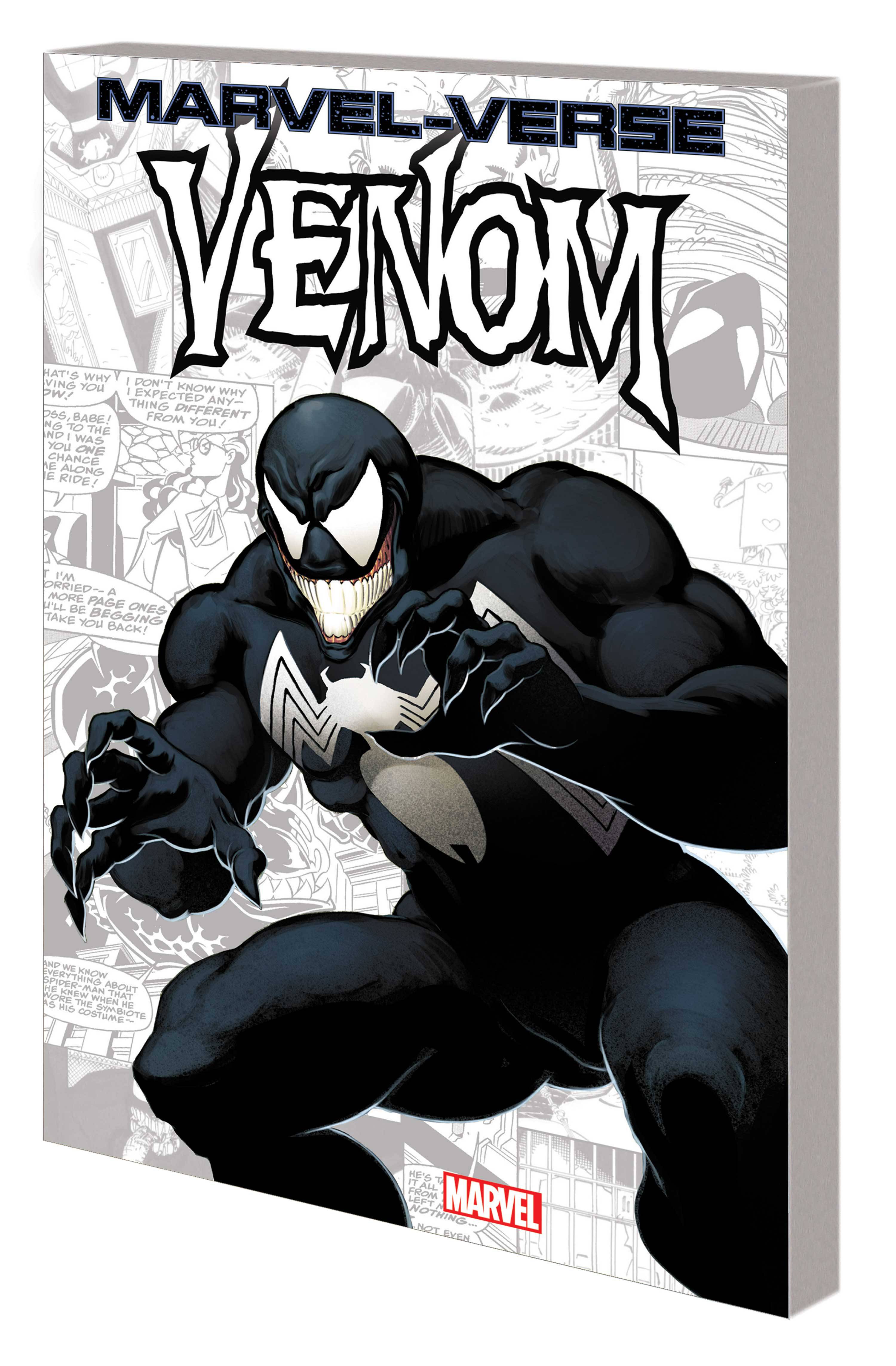 #
JUL200702
(W) Nel Yomtov, More (A) Alex Saviuk, More (CA) Todd McFarlane
Venom has been one of the most vicious villains in the Marvel-Verse - and one of its most lethal protectors! Get to know the sinister symbiote with some of his most action-packed adventures! It all begins with Spider-Man's symbiotic black costume - a killer outfit in more ways than one! And Spider-foes including the Rhino and the Shocker will find out just how dangerous it is! But after Spidey scorns and abandons the alien suit, the vengeful symbiote bonds with disgraced reporter Eddie Brock to become...Venom! Together, the two target Spider-Man for destruction - and nearly succeed! Venom eventually turns over a heroic new leaf - but how will Spidey react when his former deadliest foe swings back into town wanting to be...his friendly neighborhood sidekick?!
Collecting SPIDER-MAN ADVENTURES (1994) #8-9, AMAZING SPIDER-MAN (1963) #317, and MARVEL ADVENTURES SPIDER-MAN (2005) #24 and #35.
Ages 10 & Up
In Shops: Oct 14, 2020
SRP: $9.99
ORDER WISH LIST