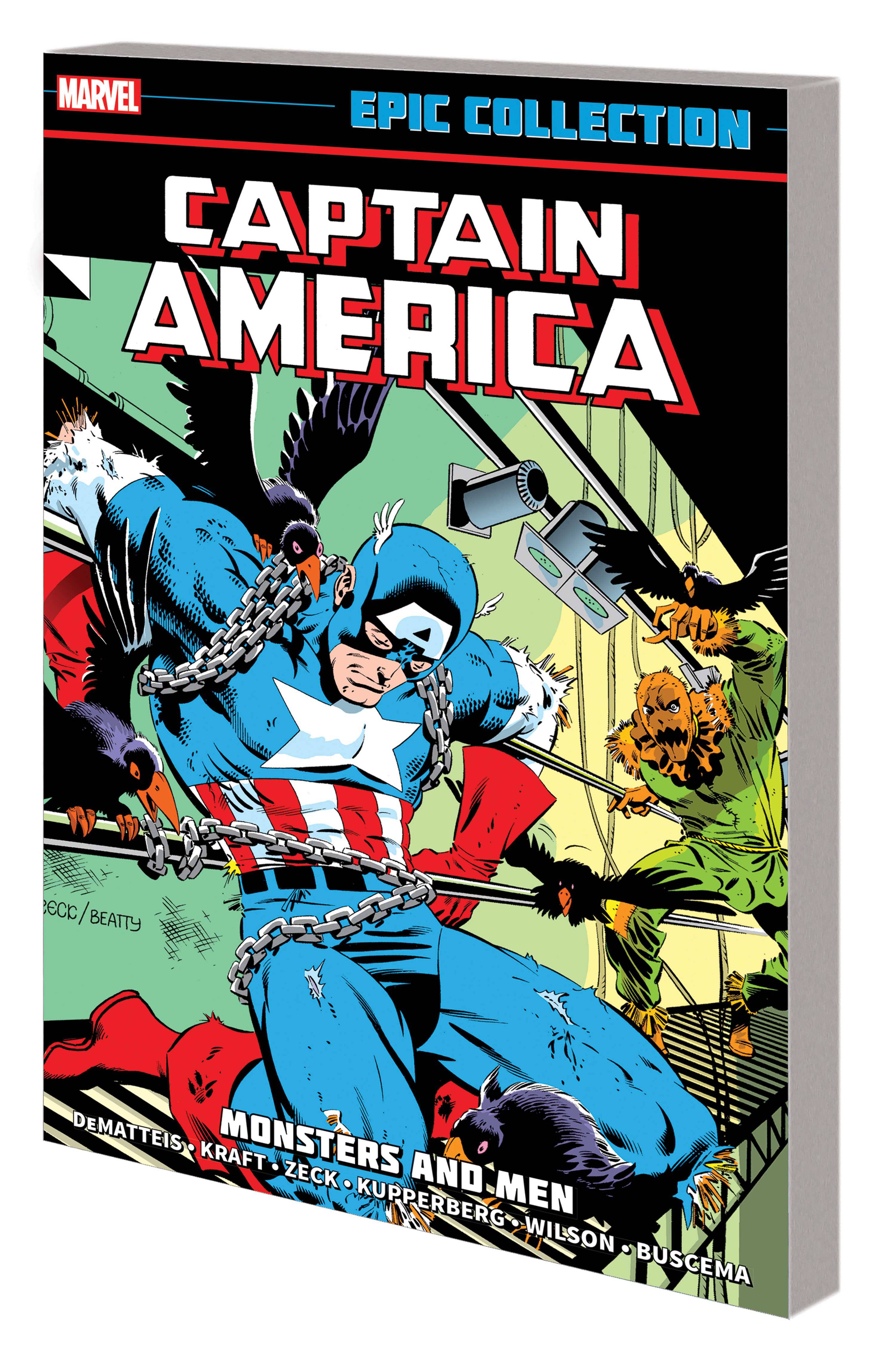 #
JUL200701
(W) J.M. Dematteis, More (A) More (A/CA) Mike Zeck
The son of Zemo! Baron Helmut Zemo has taken up his father's villainous mantle - and targeted Captain America in a complex plan of revenge! As Cap battles the existential threat of Everyman, Steve Rogers' childhood friend Arnie Roth resurfaces - but he's in deadly danger! Vermin strikes and Zemo's trap is sprung, but can Cap save Arnie from Zemo's clutches? Meanwhile, when Hydra crashes a reunion of the Howling Commandos, the aging heroes go to war once again! Cap's girlfriend, Bernie Rosenthal, makes a startling realization! The Falcon struggles to reconcile his past and future! And the 1950s Bucky must rescue a brainwashed Cap from Viper's fangs! Plus: Four Captain Americas are united across time - but can even their combined power keep death at bay? Collecting CAPTAIN AMERICA (1968) #267-285 and ANNUAL #6 and DEFENDERS (1972) #106.
Rated T
In Shops: Oct 14, 2020
SRP: $39.99