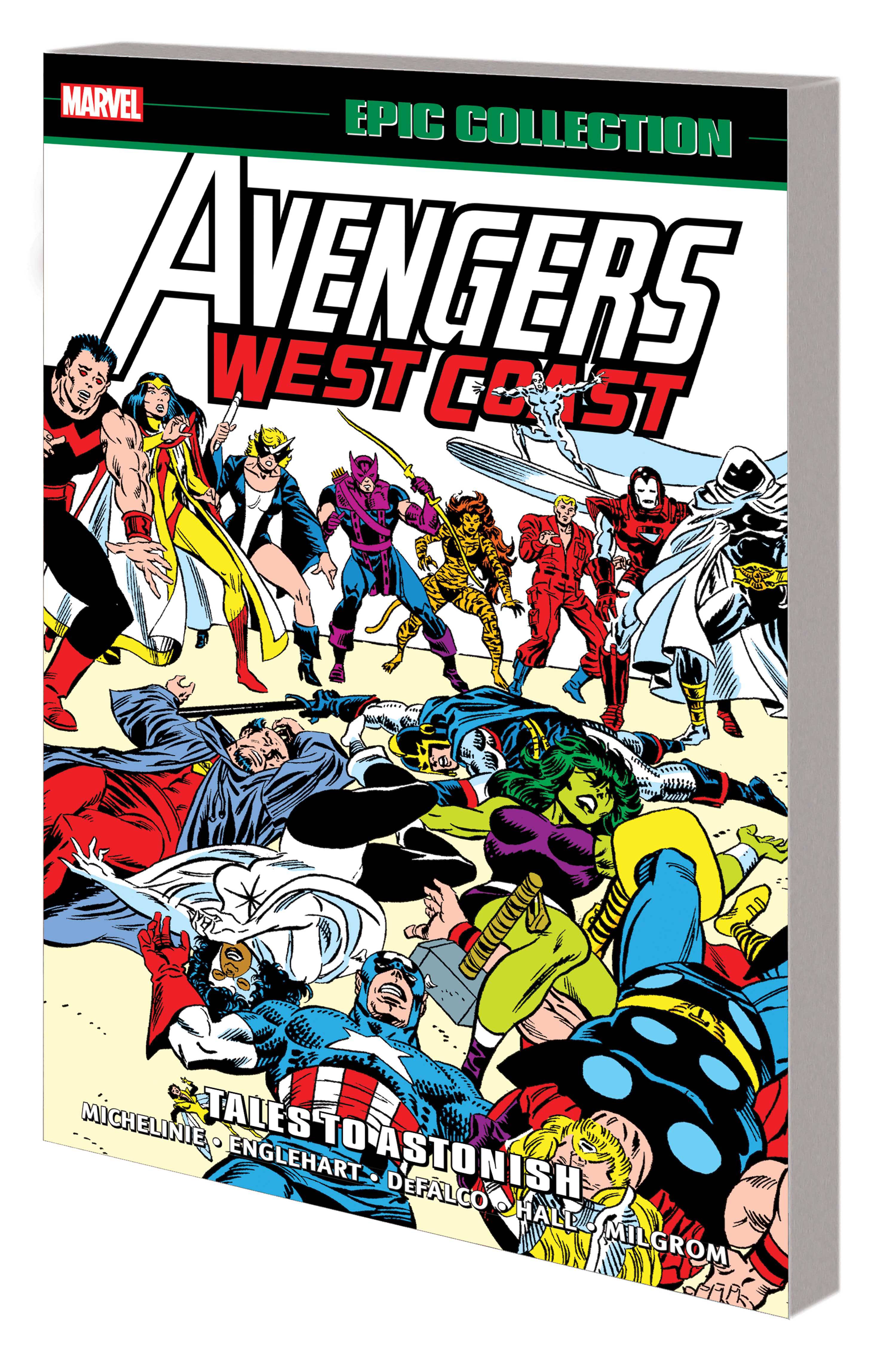 #
JUL200700
(W) Steve Englehart, More (A) More (A/CA) Al Milgrom
Zodiac attack! Scorpio's insidious Zodiac has wiped out the original group, and now they're targeting the West Coast Avengers! The astrological androids plan an infiltration, but do the Avengers have a countermove up their sleeves? As Moon Knight hunts down the last surviving member of the original Zodiac, Scorpio's endgame is revealed - but there's a twist! Then, when the Whackos investigate the fate of Hank Pym's deceased wife, it kicks off a tale to astonish that leads them through Latveria and behind the Iron Curtain! Plus: The Grandmaster has a deadly game for both teams of Avengers! Ghosts from Mockingbird's past return to torment her! And when Doctor Doom conquers the world, can Wonder Man stand alone? Collecting WEST COAST AVENGERS (1985) #25-37 and ANNUAL #2, AVENGERS ANNUAL #16, and MARVEL GRAPHIC NOVEL: EMPEROR DOOM.
Rated T+
In Shops: Sep 23, 2020
SRP: $39.99