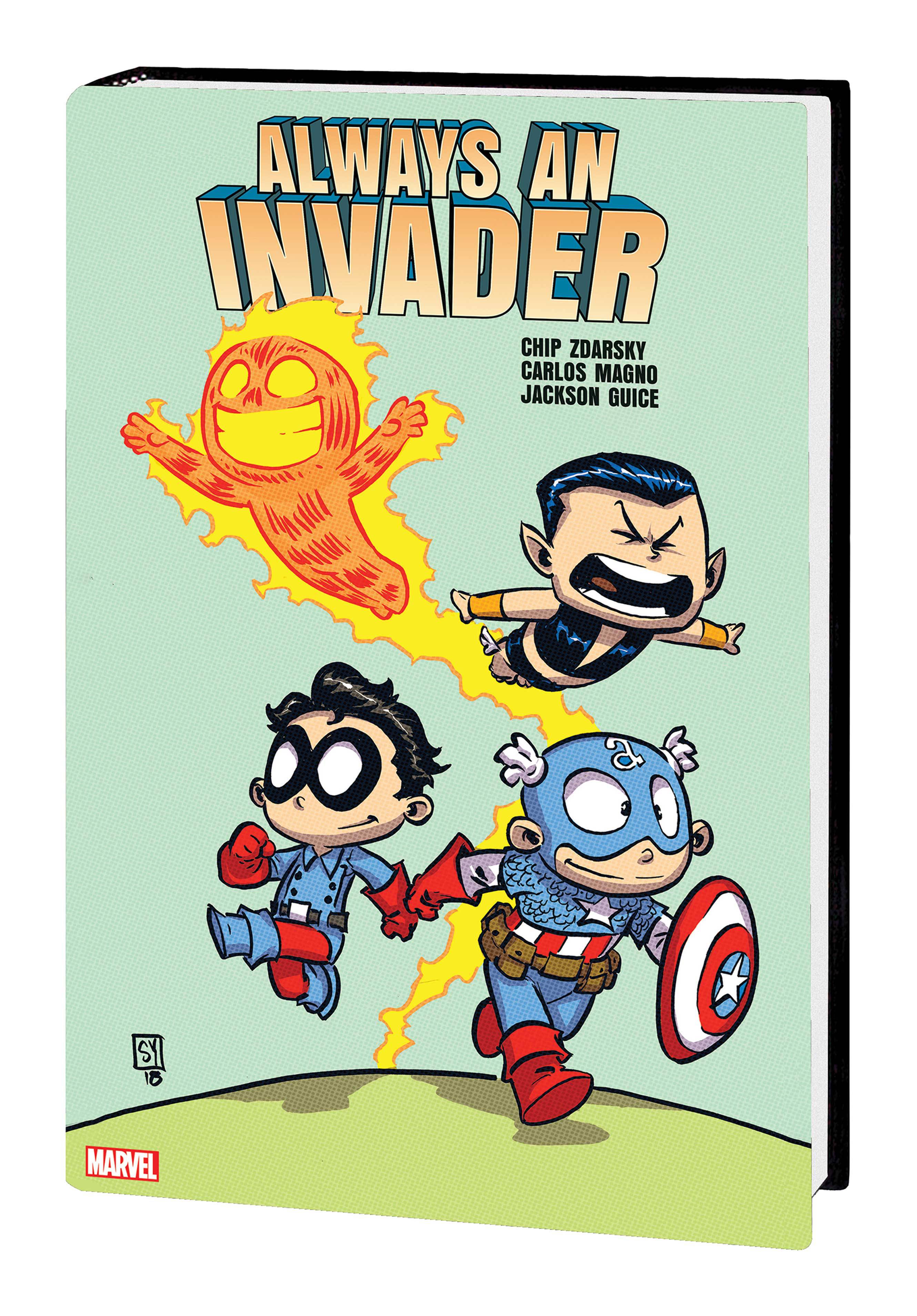 #
JUL200683
(W) Chip Zdarsky (A) Carlos Magno, Butch Guice (CA) Skottie Young
The greatest generation of Marvel heroes is back - to stop one of their own! Namor the Sub-Mariner, monarch of Atlantis, has once again declared war on the surface world - and this time he means to win at any cost! But he won't find allies in Captain America, the Human Torch and the Winter Soldier. All three fought by Namor's side in World War II as the Invaders, but now they stand as enemies! Namor's deadly plans are as far-reaching as the ocean, and it's up to the Invaders to stop him - but what chance do they have against a former ally who knows all their wartime strategies and fighting tactics? Namor's secret history is revealed, the Torch is transformed - and the world is forever changed. But can Namor possibly be redeemed? Collecting NAMOR: THE BEST DEFENSE and INVADERS (2019) #1-12.
Rated T+
In Shops: Jan 06, 2021
SRP: $34.99