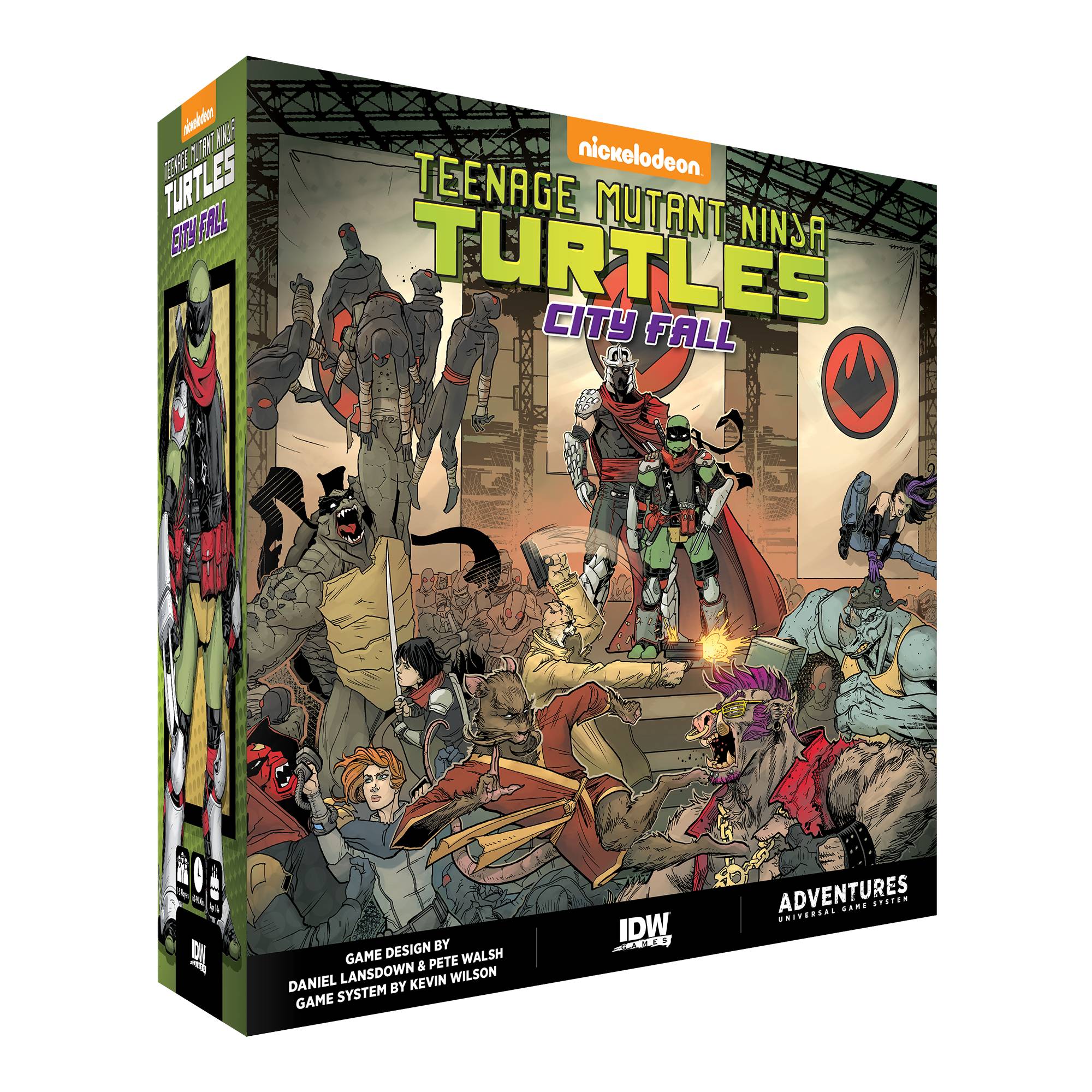 #
JUL200579
(W) Kevin Wilson, Daniel Lansdown, Pete Walsh (A) Robert Atkins, Ozzy Fernandez, More (CA) Chris Johnson
It's dark times for the Teenage Mutant Ninja Turtles! The Shredder has seized control of the city and worse, he's brainwashed Leonardo into joining the Foot Clan! It's time to add more heroes to the fight! Take up arms as Splinter, April, Old Hob, Angel, or Slash and help the Turtles take back the city! Teenage Mutant Ninja Turtles Adventures: City Fall is a scenario-driven miniatures role-playing game created in IDW's Adventures Universal Game System. Play as one of five NEW heroes or take on the role of the Shredder and lead the Foot to victory with his new "chunin" and secret weapon, Dark Leo. This all-new entry into the Adventures Universal Game System features a brand-new campaign and two different modes of play: 1 vs. Many and fully Co-operative! Each Adventures game is both stand-alone and compatible with other games in the system! Mix and match characters from each game to create custom scenarios!
1-5 players o Playable from ages 14+ o 90 minutes