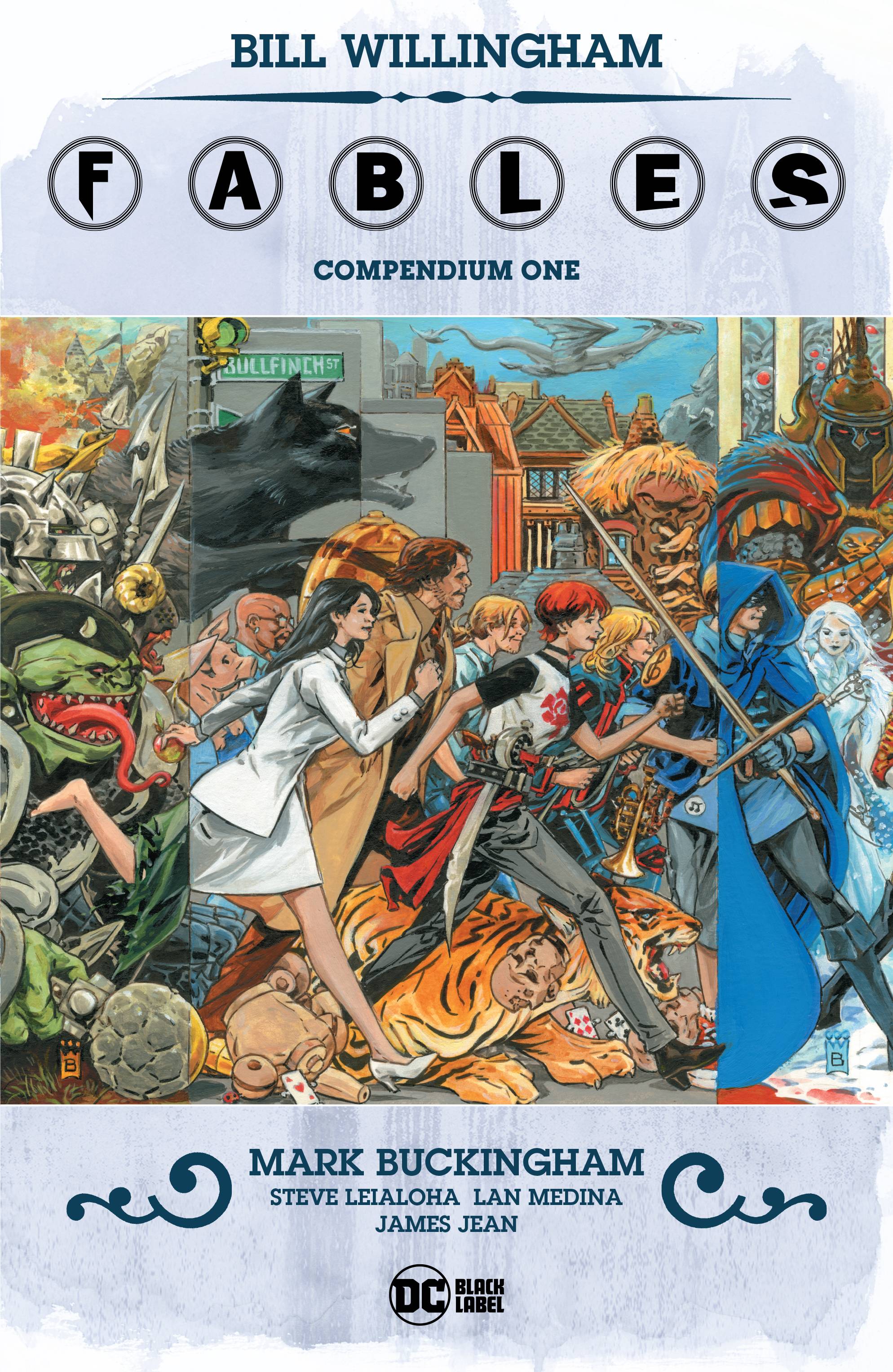 #
JUL200506
Collecting the first six story arcs of the Eisner Award-winning modern fairy tale classic in an affordably priced compendium! When a savage creature known only as the Adversary conquered the fabled lands of legends and fairy tales, the famous figures of folklore were forced into exile. Disguised among the ordinary citizens of modern-day New York City, these magical characters created their own peaceful and secret society called Fabletown.
But when Snow White's party-girl sister, Rose Red, is apparently murdered, it's up to Fabletown's sheriff - the reformed Big Bad Wolf, better known as Bigby - to find the killer. Meanwhile, trouble of a different sort brews at the Fables' upstate farm, where nonhuman inhabitants are preaching revolution... and threatening the carefully nurtured secrecy of Fabletown.
Collecting Fables #1-41, Fables: The Last Castle, Fables: 1,001 Nights of Snowfall, and a short story from Fables: Legends in Exile.
In Shops: Oct 21, 2020
SRP: $59.99
View All Items In This Series
ORDER SUBSCRIBE WISH LIST