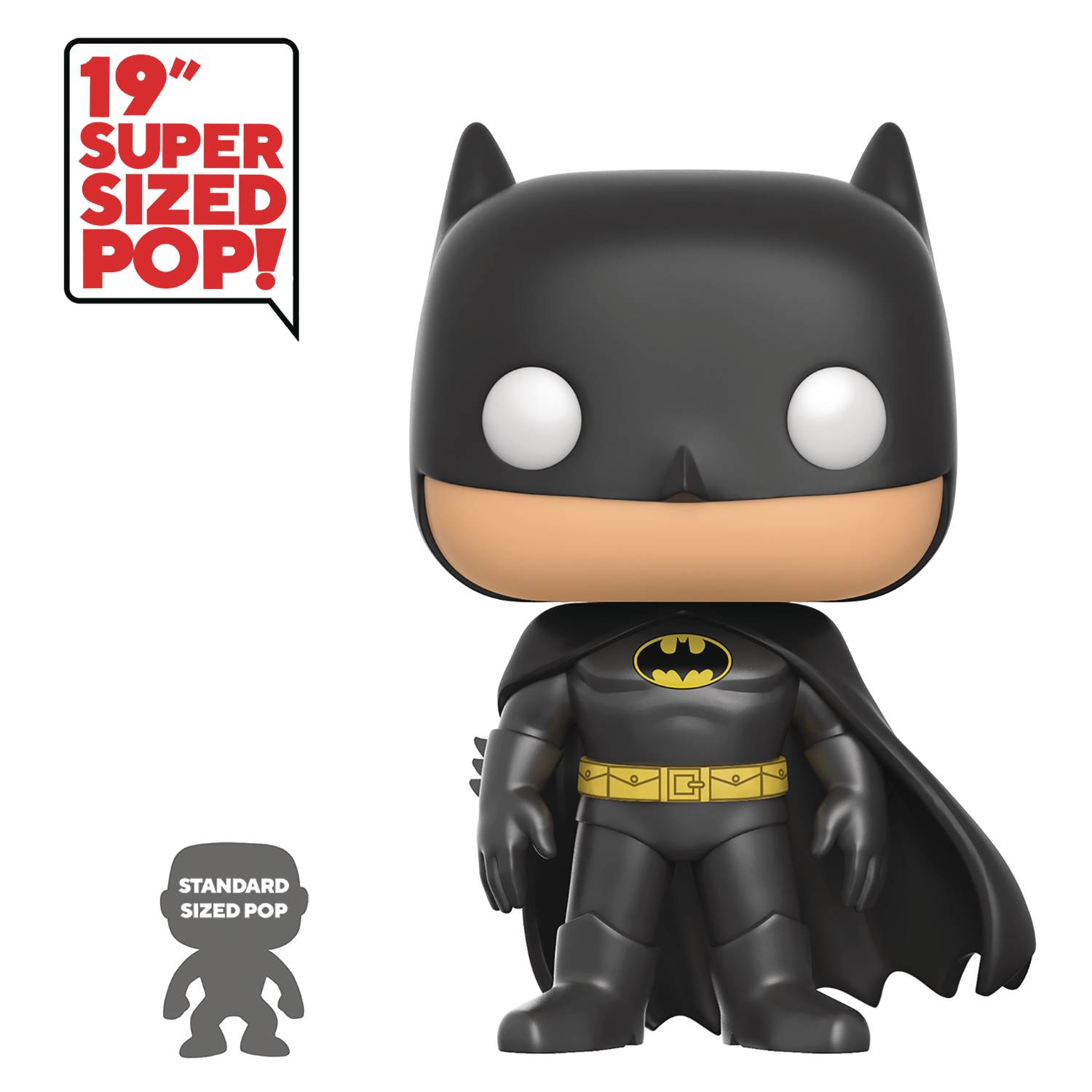 #
JUL198742
The Dark Knight is celebrating his 80th anniversary and all of Gotham City is celebrating its favorite super-hero! DC first introduced Batman in Detective Comics #27 in 1939. Since then, Batman has appeared in countless comics, television episodes and movies, battled epic Super Villains and become a cornerstone of pop culture. Celebrate 80 years of the Dark Knight with a massive 19" POP! Batman.
In Shops: Jan 29, 2020
SRP: $100.00