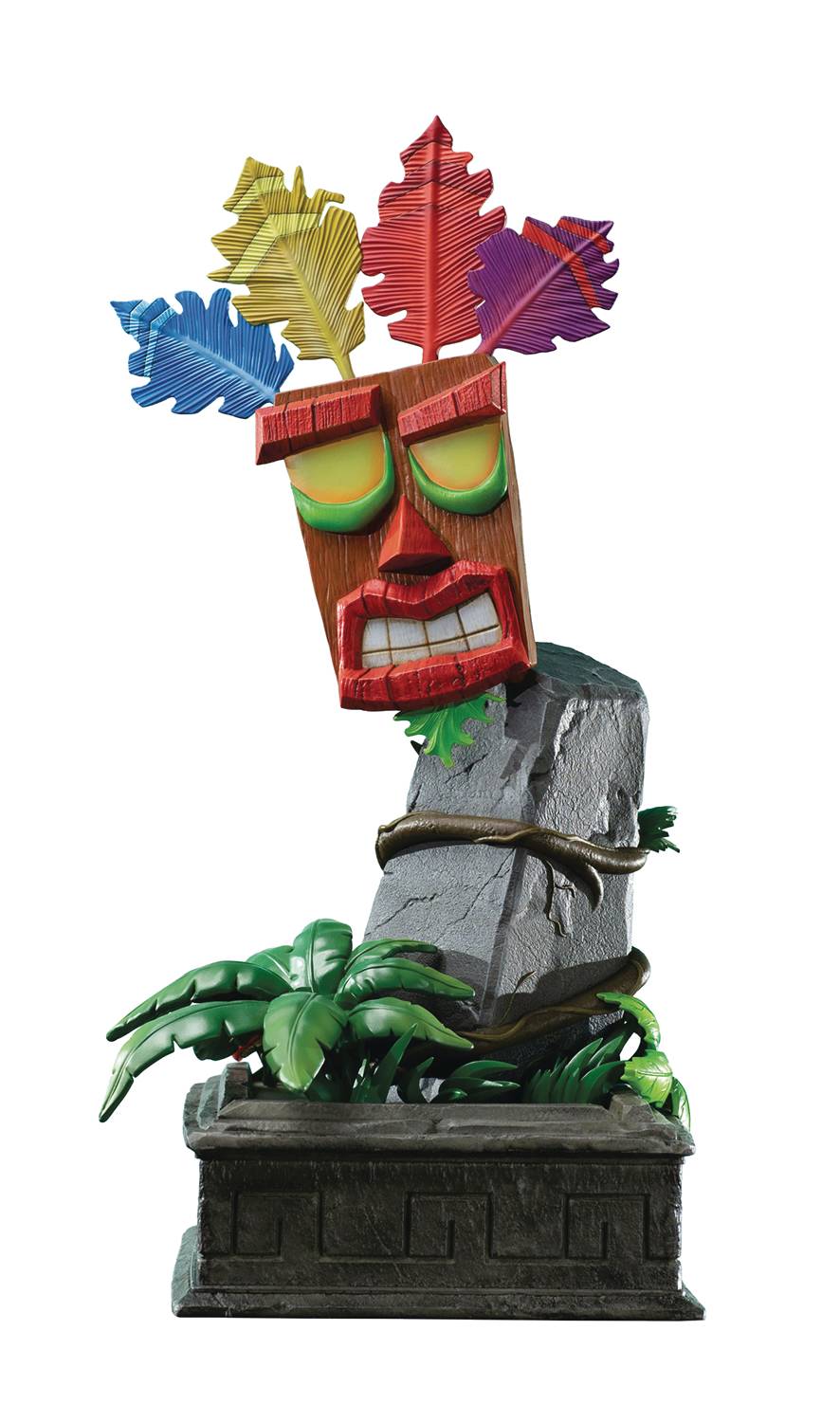 # #
JUL198510
From First 4 Figures! First 4 Figures is proud to present the highly anticipated Crash Bandicoot: Mini Aku Aku Mask Standard Companion Edition statue. Aku Aku serves as the Bandicoot family's guardian and mentors as they set out on a quest to foil Doctor Neo Cortex's devious schemes. The levitating mask is possessed by the spirit of a witch doctor. In the game, Aku Aku has the ability to grant players second-chance opportunities and temporary invulnerability depending on the number of Aku Aku masks looted. From his debut back in 1996 to his latest appearance, it is certain that Crash could not have succeeded in defeating Cortex and his evil minions without the help of the tiki mask by his side. Made of resin and designed by Angad Singh, this replica mask stands 16" tall!