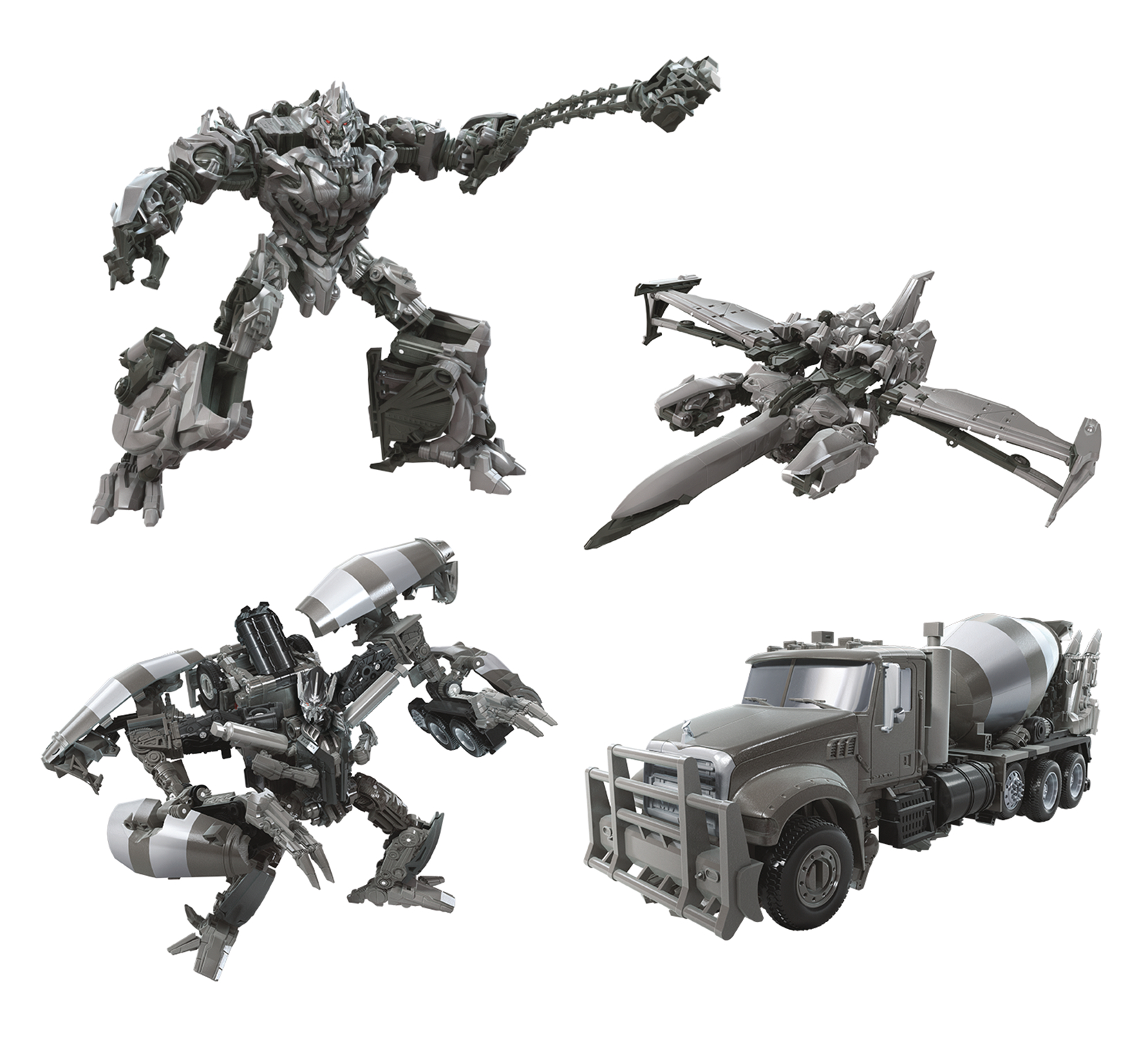 JUL198471
Reach past the big screen and build the ultimate Transformers collection with Studio Series figures inspired by iconic movie scenes and designed with specs and details to reflect the Transformers movie universe. This Studio Series Voyager Class lineup features premium figures, each with movie-inspired scale, detail, and backdrop. Figures stand at a scale relative to their character's height in the movie and feature deco. Each package comes with a movie scene backdrop that can be removed to display the figure on shelf. Fans can use the backdrop and pose their figures in the scene with their own style. Each figure measures about 6 1/2" tall. Collect Megatron and Mixmaster.
In Shops: Mar 04, 2020
SRP: $29.99